Jammu and Kashmir - Instrument of Accession [October 26, 1947] This Day in History 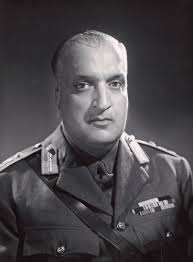 On 26 October 1947, the Maharaja Hari Singh of Jammu & Kashmir signed the Instrument of Accession, the legal document that ceded J&K to the Dominion of India as per the Indian Independence Act 1947.

This article provides you with important facts about the Instrument of Accession (Jammu and Kashmir) for history preparation of the IAS Exam.

Read about Article 370 of Indian Constitution and constitutional history of the Jammu and Kashmir in the linked article.

Jammu and Kashmir is now a union territory of India after the Indian government (In August 2019) revoked the special status granted to the state under Article 370.

1890: Birth of Ganesh Shankar Vidyarthi, freedom fighter and journalist at Allahabad. 1891: Birth of Vaikunthbhai Mehta, a leader of the Indian cooperative movement at Bhavnagar. 1930: Death of the inventor of the cholera vaccine, Sir Waldemar Mordechai Haffkine.