Gram Sabha is the general assembly of all the people of a village, who have attained the age of 18 years and their name is entered in the voter list.

The executive committee of the Gram Sabha is known as Gram Panchayat which consists of the representatives elected by the Sabha. 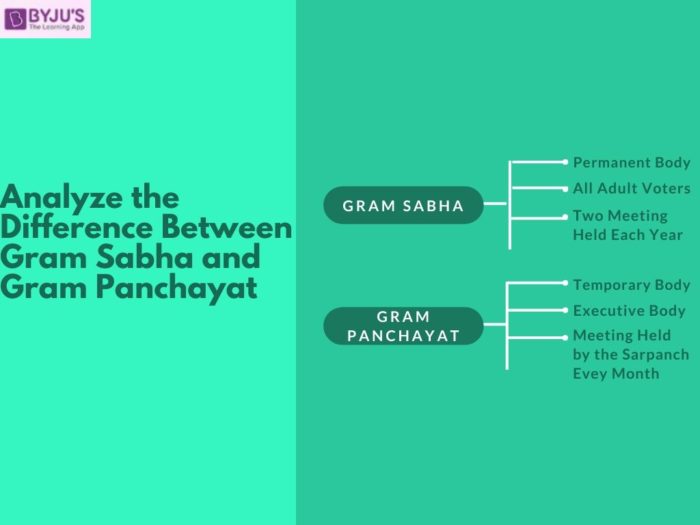 This article will attempt to further highlight the key differences between the Gram Sabha and Gram Panchayat within the context of the IAS Exam.

Aspirants can find more Difference Between Articles, by checking the linked article.

The differences between a Gram Sabha and Gram Panchayat are given in the table below:

The Panchayat systems of governance are covered under the Polity segment of the UPSC Exams. The following links will help in preparing for this segment and also give more details about Panchayat Finance:

What is meant by Gram Sabha?

What is a Gram Panchayat?

Panchayati Raj is a system of governance in which Gram Panchayat are the basic units of administration. The number of members usually ranges from 7 to 31; occasionally, groups are larger, but they never have fewer than seven members.