This article discusses the need for new legal instruments for water governance in India.

Water is a natural resource necessary for life and survival. Almost all basic human activities from domestic to industrial growth depend on its availability. Therefore, protecting and conserving water is imperative for this blue planet’s survival itself. Given its importance, water has been at the central point of discussion, legislation, conflicts and litigations over the years. The future projections for the availability, equity and accessibility of clean water to the growing population as well as for the economic growth, demand a holistic approach to water regulation.

The challenges associated with the water sector

Why is there a timely need for reform?

Beyond new legislation and proposed framework

Change in any sphere of public policy is not necessarily welcomed due to inertia. The water sector has vested interests and stakeholders should be held both accountable and made aware of the nuances. Sustainable Development Goal 6 which talks about “clean water and sanitation for all” must be kept in mind before framing any policy. It has the official wording: “Ensure availability and sustainable management of water and sanitation for all.” Therefore it is our responsibility to use this precious resource in a way that it remains available to future generations as well.

2. State and Health Markets in the Time of Pandemic

This article explains the role of public healthcare systems in ensuring health equality in India.

While ­COVID-19 showed the fault lines across the world, countries like India, lacking a strong public health system and equal access to resources were the worst affected. It has unsecured the futures of millions in India. The push towards privatization and corporatization of healthcare, shedding responsibilities, has shown the apathy on part of the governments without concern for its wider repercussions on the poor and vulnerable population from the smallest, remotest and inaccessible parts of the nation.

The privatization of healthcare in the millenium

Emerging trends from the growing state–market nexus in healthcare

Problems of Healthcare during the Pandemic

From government to governance

Major trends and impacts of the pandemic

COVID-19 pandemic provided concrete examples to the world and especially to India of the need to strengthen public healthcare. Shifting responsibilities and changing stances do not always help. Data and warnings from the health agencies need to be paid heed to before becoming complacent on little achievements. India cannot afford another pandemic or even a wave of the current one. Privatization and corporate culture may not be suitable in every public affair in billion-plus population countries during testing times. We do need regulations and learn to accept the mistakes to not commit them again.

Identify vulnerability based on models, data and figures and apply a bottoms-up approach in healthcare. Best practices must be adopted from around the globe and don’t become pseudo-self-sufficient. Investment as a major percentage of GDP needs to be done in the public good such as healthcare. Capacity building of PSUs along with phased privatization is the way to go. When such a pandemic hits it poses problems for the management of law and order, corruption issues and general administration. Therefore we need a holistic approach to deal with our complex issues concerning a large section of the population.

3. State of Inequality in India

Context: Recently, ‘The State of Inequality in India’ report was released by the Institute for Competitiveness by examining significant variables affecting inequality such as income profile, labour market dynamics, health, education and household amenities.

Inequality is living in deprivation and vulnerability with restricted means of upward mobility. Additionally, social and economic aspects of inequality are mutually reinforcing.

In the Indian context, socio-economic inequities and inequalities escalate to produce a vicious cycle of poverty and deprivations, requiring multidimensional frameworks to investigate the processes at work. These deprivations are more visible in Indian socio-economic conditions due to multi-factor oppression that cuts across caste, class, religion and gender and continues to push certain groups towards complete exclusion. This exclusion is manifested in economic, political and socio-cultural forms.

Findings of the report: The report is based on the data derived from various rounds of the Periodic Labour Force Survey (PLFS), United information system for education plus and the National Family and Health Survey (NFHS). 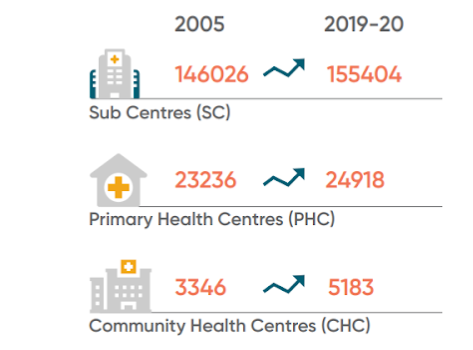 3. Out of pocket expenditure: 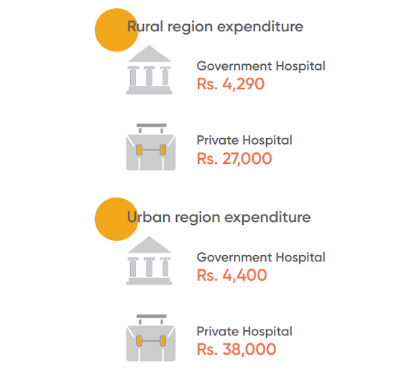 5. The education gap: As a deciding factor of increased life quality, education is an investment in human capital and is a basic need for sustenance. It triggers socioeconomic mobility and initiates the structural transformationf a society.

In response to the request of the Economic Advisory Council to the Prime Minister (EAC-PM), the report has made a few recommendations. They are as follows:

The scope of conversation regarding inequality should extend from mere economic basis to socio-economic aspects. This will help us holistically drive policy action through social protection frameworks. Government should develop suitable methodological frameworks to assess inequality to ascertain if the overall well-being of the citizens of the country has improved or not. Therefore, comprehensive and consistent efforts to break the inequality trap through structural means should be the focus of all policies and reforms ahead.