There is a lot of debate on the success rates of different optionals in the UPSC civil services exam. Candidates spend a lot of time trying to figure out what optional should they opt for so that their final score can soar. Aspirants also mull over whether to choose an optional subject that they had studied during their graduation or university level, or whether they should choose a completely new subject.

This article brings to you some interesting statistics that compares the success rates of different optional subjects between the years of 2002 and 2012; and also the educational backgrounds of successful candidates between the said years.

The statistics discussed in the article will help candidates prepare for the IAS exam accordingly.

First of all, take a look at the figure below:

This figure gives the success rates of candidates with respect to their educational backgrounds. Success rate is calculated as the percentage of selected candidates among those who appeared for the UPSC Interview. The figures are an average of 2002-2012 figures. 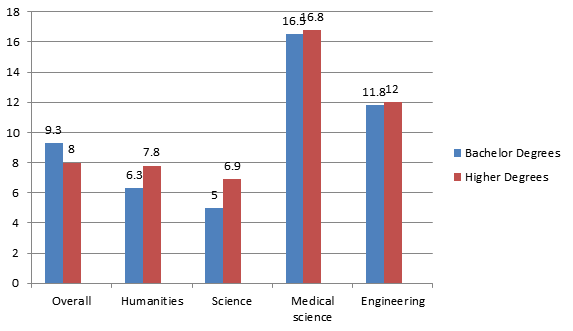 As you can see from the above figure, the success rates are higher for candidates with a medical science and engineering degrees. One reason could be that they already had to undergo tough competition in their graduation entry levels. It is amusing to note that technocrats find it easier to become bureaucrats.

Now, we bring you another figure: 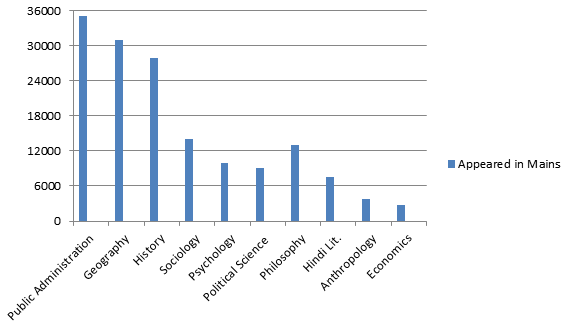 The next figure gives the number of successful candidates in each optional (for the years 2001-2012) given above: Also Read | How Many Attempts does it Take to Clear the IAS Exam?