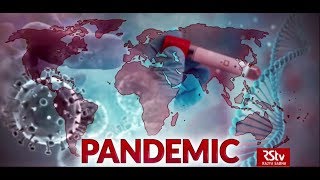 The World Health Organisation has declared COVID-19 outbreak to be a “Pandemic”.

What Does a Pandemic mean, and Who Decides that this is the One?

Phases that a Disease goes through to Turn into a Pandemic

Phases of a Pandemic

Phase 1: Viruses circulating within the animals only. No human infection has resulted from animal virus.

Phase 2: An animal virus has caused an infection in a human being. There is a basic level of pandemic threat as the virus strain has mutated to make that transfer to a human.

Phase 3: Small clusters of human beings have contracted the virus in one community. There is a potential for spread of the virus. At this point, the illness maybe epidemic in that community, but is not a pandemic.

Phase 4: Human to human and animal to human virus transmissions are causing outbreaks in many communities.

Phase 5: Human to human transmission is taking place in at least two countries in one WHO region. Most countries are not affected yet but a pandemic is considered imminent. This phase signals the health officials and the government to be ready to implement the pandemic mitigation plans.

Post pandemic phase: After increase, disease-spreading activity begins to wane. Key is to be prepared to try to prevent a second wave.

Transmission of SARS virus within the health care facilities was often associated with a lack of compliance with these precautions.