This article will describe in detail the term Sexual Harassment at Work Place.

These UPSC Notes on Sexual Harassment at Work Place in India are aligned with the UPSC Syllabus and aspirants should prepare this topic for General Studies Paper-II.

Sexual harassment at the workplace is a blotch on any society and all sections must come forward to curb this menace. There are laws specifically to tackle such crimes, which are often seen in the news; hence the topic’s relevance for the IAS Mains.

Some relevant articles within the context of Indian Society and governance are linked below: 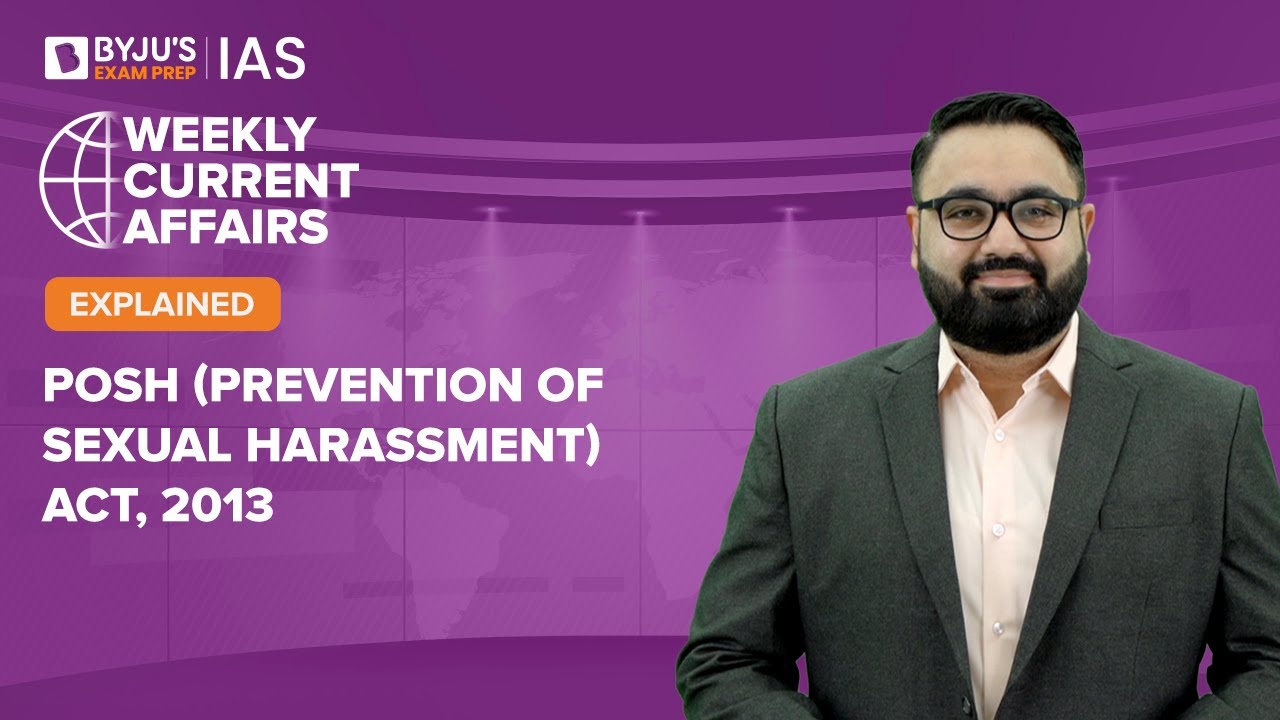 What is Sexual Harassment?

What is sexual harassment at workplace?

Sexual harassment at the workplace is any unwelcome sexually defined behaviour which has the purpose or effect of unreasonably interfering with the individual’s work performance or creating an intimidating, hostile, abusive or offensive working environment.

The Sexual Harassment of Women (Prevention, Prohibition and Redressal) Act 2013 states that if the following circumstances occur or are present in relation to, or connected with any act or behaviour of sexual harassment, it may amount to sexual harassment at the workplace:

Read about other important acts in India in the linked article.

Can an aggrieved file a court a case of sexual harassment in the workplace?

Yes, a court case suit can be filed for damages under laws. The basis for filing the case would be mental anguish, physical harassment, loss of income and employment caused by sexual harassment.

Under what circumstances can complaints be filed?

Complaints may be filed under the following circumstances:

Where a complaint cans can be filed?

Aspirants can refer the UPSC Mains Syllabus at the linked article.

Candidates must read about Supreme Court Judgement on Vishakha Case 1997 in the linked article.

Currently in the News: