The Union Food Minister has announced that three more States —Manipur, Nagaland and Uttarakhand — and the Union Territory of Jammu and Kashmir will now offer the ‘one nation one ration card’ facility.

Read more about the One Nation One Ration Card Scheme, covered in 2nd May 2020 Comprehensive News Analysis.

Noted civil rights lawyer Prashant Bhushan has approached the Supreme Court for a declaration that a defective contempt petition against him was unilaterally listed by the court’s Secretary General for judicial hearing before a Bench led by Justice Arun Mishra.

This topic has been covered in 24th July 2020 Comprehensive News Analysis.

The Centre has expanded its credit guarantee scheme for micro, small and medium enterprises (MSMEs) to cover loans given to larger firms, as well as to self-employed people and professionals who have taken loans for business purposes.

The government has said that a total of 22 companies, have filed applications under the Production-Linked Incentive (PLI) scheme that aims to boost local manufacturing of mobile phones and components.

This topic has been covered in 1st August 2020 PIB Summary and Analysis. Click here to read.

A study has pointed out that Karnataka, Maharashtra and Madhya Pradesh rank high in the conservation of the endangered dhole, in India.

What does the study say? 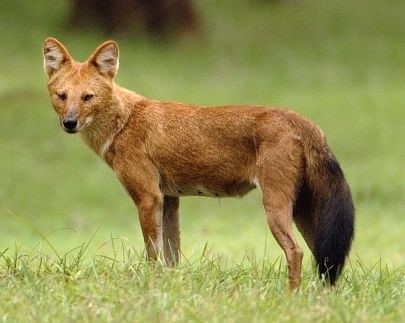 The Governor’s action has raised the question whether he has the power to turn down the recommendation of the Council of Ministers.

What are the powers of a Governor?

Can the Governor direct the agenda or procedure of the legislature?

When can the Governor act without the advice of the Council of Ministers?

The misuse of the Governor’s office by parties in power at the Centre, to disturb State governments in control of the Opposition has remained a scourge.

2. The subject of contempt of court

The editorial talks about the rational for the provision for “contempt of court” and goes on to discuss if the judicial institutions need protection.

Contempt proceedings have been initiated by the Supreme Court of India, on its own motion, against advocate-activist Prashant Bhushan.

How did the concept of contempt come into being?

What is the statutory basis for contempt of court?

What are the kinds of contempt of court?

What is the rationale behind the provision?

What is the punishment?

What is not contempt of court?

Is truth a defence against a contempt charge?

The editorial talks about the key proposals of the draft National Education Policy and the major challenges involved.

This topic has been covered in 15th October 2019 and 28th July 2020 Comprehensive News Analysis.

1. Will environment regulation be weakened?

The Ministry of Environment, Forest and Climate Change (MoEF&CC) has published the draft Environment Impact Assessment (EIA) Notification 2020, with the intention of replacing the existing EIA Notification, 2006 under the Environment (Protection) Act, 1986.

This topic has been covered in 1st August 2020 Comprehensive News Analysis. Click here to read.

A study published in Nature Microbiology says that the novel Coronavirus (SARS-CoV-2), has been circulating unnoticed in bats for decades.

Read: How bats harbour several viruses yet not get sick?

The National Education Policy (NEP) has dropped Mandarin (Chinese) from its list of foreign languages that can be taught in schools.

3. Assam’s displaced get a taste of UN camps

Camps similar to ones the United Nations runs for the Rohingya in Bangladesh, Kurds in Syria and other conflict refugees across the globe have been set for those displaced by the floods in Assam.

Iran has declared that it has arrested Jamshid Sharmahd – the head of a US-based terrorist group.

According to a recent study, Venus may still be geologically active.

United Arab Emirates has announced the start-up of its Barakah nuclear power plant.

Which of the given statement/s is/are correct?: