Russia’s announcement of pulling back some of the troops from Ukraine’s borders.


Nut Graf
The military tensions seem to ease down a bit amid reports of Russia withdrawing troops from Crimea, but the crisis is far from over as the complex issue is rooted in Russia’s security concerns and NATO’s expansionary open-door policy with no quick solutions.

Mains: Vacancies and the current state of tribunals in India

The Supreme Court said its judicial intervention saw the government make abrupt efforts to fill vacancies in tribunals and nothing after that.

The state of Tribunals

Read about Restructuring the tribunals system in CNA dated May 17, 2021.


Nut Graf
Restructuring the tribunals system in India is important to address various issues plaguing the Indian judiciary as tribunals play a significant role in ensuring speedy justice that reduces the burden of the constitutional courts.

Mains: The concepts of Negative and Positive Liberties

Negative and positive liberty are not just seen as two kinds of liberty; they are often seen as rival and incompatible interpretations of the idea of liberty that can have major social and political implications.


Nut Graf
As everyone defends freedom: the freedom to speak, to move, to act, to eat, to practice religion, it is important to understand the concepts of positive and negative liberty for understanding how governments across the world use them to expand on or restrict freedoms.

The need for a policy on managing solar waste

As India looks to ramp up its solar power capacity and in turn becomes one of the top contributors of generating photovoltaic wastes, the government should come up with a firm policy for ensuring a sustainable waste management plan for the solar energy system to make solar energy truly a green source of energy.

1. A Case for a more Federal Judiciary

Syllabus: Structure, organisation and functioning of the Judiciary

Mains: Restoration of federal balance in the Judiciary

Context: The article examines the federal structure of the Indian Judiciary and discusses the necessity to strengthen it.

Read more about Federalism in the linked article.

The federal characteristics of Judiciary: 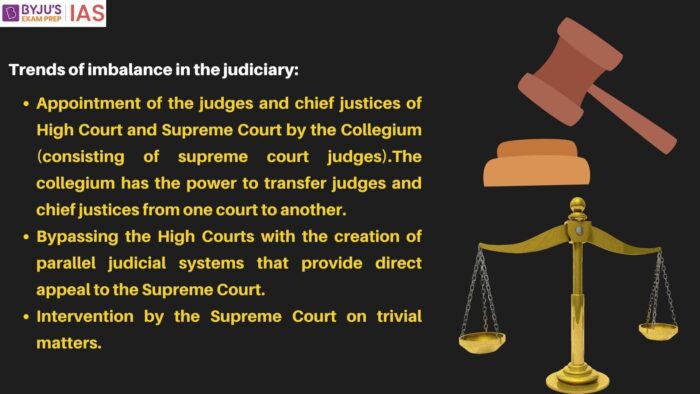 Also read about Collegium System in the linked article.

Scenarios in other countries:

Nut Graf
Recognising the role of high courts and empowering them will add essence to the cause of restoring the federal balance in the Indian judiciary. This will serve the larger interest of the people of this country.

Mains: Implications of introducing cryptocurrency and the reforms needed

Context: A 30% flat tax rate levied on the gains from the transfer of virtual assets including cryptocurrencies and Non-Fungible Tokens (NFTs), has been announced in the Union Budget 2022-23. This leads to an assumption that cryptocurrency is legal in India or there might be a possibility emerging out of the ‘crypto signal’.

Read more about Cryptocurrency in the provided link. Walking ahead with Crypto:

Nut Graf
Systematic reforms are critical for India’s advancement in the sphere of crypto finance and blockchain technology that can lead to a better and secure future for all individuals and investors.

1. Thousands of Crimson Rose butterflies fly across the ocean

The beach of Dhanushkodi has witnessed a rare phenomenon over the past few days. The Prime Minister’s inaugural address at The Energy and Resources Institute’s (TERI) World Sustainable Development Summit said that India had “walked the talk” by ensuring that equitable energy access to the poor remained a cornerstone of its environmental policy.

Defexpo 2022, to be held in Gujarat for the first time.

Which of the given statements is/are correct?

Which of the given statements is/are incorrect?