1. Convalescent plasma for those not responding to steroids: govt.

As per an advisory issued by the Central Drugs Standard Control Organisation (Biological Division), Convalescent plasma may be considered for COVID-19 patients with moderate symptoms whose condition is not improving (oxygen requirement is progressively increasing) despite the use of steroids.

The Bombay High Court has allowed a 17-year-old rape victim to terminate her 25-week pregnancy, though a medical report had advised her against it.

China played down the threat of a new swine flu strain with pandemic potential that researchers discovered in pigs, saying the study is not representative.

The Opposition parties had raised concerns in Parliament that the law could be misused against political opponents and civil society activists.

For an in-depth understanding of UAPA, watch the video lecture below: 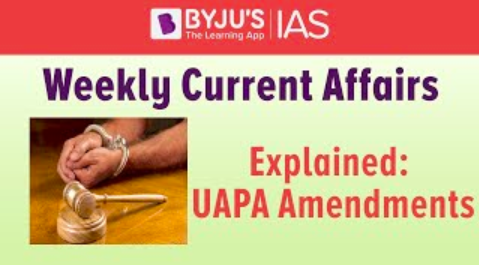 The Environment Ministry has reconstituted the Central Zoo Authority (CZA).

The Railways kick-started the process to allow private players to operate certain trains on its network by inviting Request for Qualifications (RFQ) for the operation of passenger train services on over 100 routes with 150 modern trains.

Objectives of the initiative:

2. SBI unit to set up SPV for aiding NBFCs on liquidity

According to RBI, State Bank of India’s SBICAP unit would set up a Special Purpose Vehicle (SPV) to assist NBFCs and HFCs to improve their liquidity following the Centre’s approval of a Special Liquidity Scheme (SLS) for the purpose.

2. How not to tame the digital dragon

Lepidopterists in Arunachal Pradesh have added two species to India’s expanding list of butterflies. India now has 1,327 species, up from 1,318 in 2015.

The recording of the two butterflies follows the rediscovery of the Assam Keelback, a non-venomous snake from the Gelling area of Arunachal Pradesh after 129 years.

According to data provided by the Food Ministry, the scheme to provide free rations to eight crore migrants under the Aatmanirbhar package reached less than 15% of its target beneficiaries.

This topic has been covered in the 1st July 2020 Comprehensive News Analysis. Click here to read.