India and Bhutan took a major step forward for the construction of the 600 MW Kholongchhu project.

Israel’s aim to annex parts of the occupied West Bank was clearly illegal, the UN’s human rights chief said, warning that the consequences could be “disastrous”.

What are the West Bank settlements?

Are the Israeli settlements illegal?

The Reserve Bank of India (RBI) has scheduled another round of bond sale and purchase auction of ₹10,000 crores each on July 2, 2020. 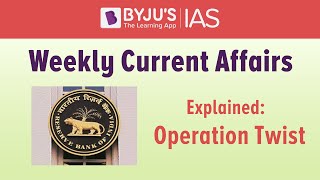 1. TikTok among 59 apps banned by the Centre

The Government of India banned 59 applications, most of them popular Chinese applications citing threat to national security and sovereignty.

What is the legal basis for India’s action?

How will the ban be enforced?

What will be the impact of the ban?

Will the ban be permanent?

1. 4 Rafales to land in India by July-end

The first batch of four Rafale fighter jets is scheduled to arrive in India in the last week of July 2020 amid continuing tensions on the border with China.

1. Grain aplenty and the crisis of hunger

Measures taken by the government:

One Nation One Ration Card scheme:

For detailed information on the Naga issue and peace process, refer to:

Lack of progress on peace accord:

2. The STARS project needs an overhaul

The Supreme Court has asked the Union government to clarify if the blacklisting of 3,500 foreign nationals from 35 countries in connection with the Tablighi Jamaat gathering amid the lockdown was a blanket directive or care was taken to hear and decide the merits of each case individually.

This topic has been covered in the 27th June 2020 Comprehensive News Analysis. Click here to read.

Artificial Intelligence (AI)-based ‘COVID surveillance’ cameras that can detect body temperature and whether a person is wearing a mask will be installed at key railway stations in Kerala.

The 600 MW Kholongchhu project is India-Bhutan’s first hydropower joint venture project in Bhutan’s less developed eastern region of Trashiyangtse. It is one of four additional projects agreed to in 2008, as a part of India’s commitment to help Bhutan create a total 10,000 MW of installed capacity by 2020.