Cyclone Nisarga, in India’s west coast, is headed towards the coastline of north Maharashtra and south Gujarat.

How big is the threat?

U.S. President Donald Trump invited Prime Minister Narendra Modi to the next G-7 summit to be hosted by the U.S.

This topic has been covered in 1st June 2020 Comprehensive News Analysis. Click here to read.

2. China gets set to build power project in PoK

China, under the multi-billion-dollar China-Pakistan Economic Corridor, will set up a power project in Pakistan-occupied Kashmir despite India’s objection to it.

This topic has been covered in 5th May 2020 Comprehensive News Analysis. Click here to read.

Scientists at multiple CSIR laboratories have identified a type of coronavirus that may be the second most prevalent in India, and may comprise 3.5% of the genomes globally.

A proposed firing range for the Border Security Force (BSF) has become the trigger for unrest in northern Tripura’s Kanchanpur Subdivision over the rehabilitation of Bru tribal people displaced from adjoining Mizoram.

Telecom and IT Minister launched three incentive schemes with a total outlay of about ₹48,000 crore to boost large-scale manufacturing of electronics in the country.

1. Multilateralism in the new cold war

1. The challenge of law enforcement post-COVID-19

1. A reformative and fiscal package

In its Global Economic Prospects (GEP) June 2020 report, the World Bank said that the COVID-19 pandemic is expected to have severe short and long-term effects on economic growth.

Corona is the outermost shell of the Sun’s atmosphere. Chromosphere is a transparent layer between the corona and the photosphere. Photosphere is the visible surface of the Sun. 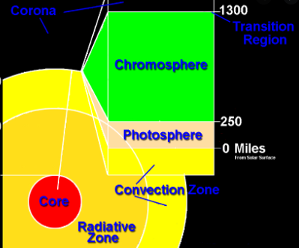 The Changthangi or Pashmina goat is a special breed of goat indigenous to the high altitude regions of Ladakh in Jammu and Kashmir. Changpa tribespeople are the traditional producers of the Pashmina wool in the Ladakh region.

National Company Law Appellate Tribunal (NCLAT) was constituted under Section 410 of the Companies Act, 2013. It hears appeals against the orders of National Company Law Tribunal (NCLT). It is also the Appellate Tribunal to hear and dispose of appeals against any direction issued or decision made or order passed by the Competition Commission of India (CCI).