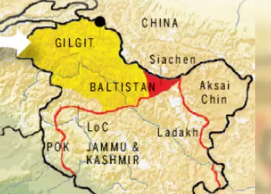 This issue has been covered in 13th May 2020 Comprehensive News Analysis. Click here to read.

2. ‘Talks with Nepal after pandemic’

India hopes to take up the necessary negotiation on the Kalapani dispute with Nepal after the current global pandemic is tackled successfully.

This Issue has been covered in 8th May 2020 PIB Summary and Analysis. Click here to read.

3. China rebuts Taiwan on WHO participation

China opposed any move by Taiwan to use the COVID-19 pandemic as a pretext to seek independence, its Embassy in New Delhi said.

1. Migrant workers to get free foodgrains

Second tranche of the economic stimulus package has been announced by the Finance Minister.

The U.K. High Court has rejected a plea of businessman Vijay Mallya for permission to move the Supreme Court against the dismissal of his appeal challenging the lower court’s approval of his extradition to India in the IDBI Bank fraud case.

1. Virus diagnostic test may be delayed

A promising technology developed by a laboratory funded by the Department of Science and Technology to accelerate COVID-19 testing in India may be delayed for several more weeks.

How does RT-LAMP work?

1. Stop the return to laissez-faire

The editorial argues that labour laws are civilizational goals and cannot be trumped on the excuse of a pandemic.

Evolution of Labour Laws in India:

The editorial sheds light upon how, in less than a century, climate change and unsustainable resource management have degraded ecosystems and diminished biodiversity in the seas of the Asia-Pacific region.

While the COVID-19 pandemic has temporarily reduced pollution in the seas, this should not be a moment of reprieve. Rather, recovery efforts need to build a new reality, embedded in sustainability. Efforts are needed to steer our collective fleets toward sustainable oceans.

1. India non-committal on talks with Taliban

The Government of India has asserted that the country will continue to be guided by its friendship with the Afghan people, remaining non-committal on renewed questions of whether it would open direct talks with the Taliban.

Pangong Tso is an endorheic lake in the Himalayas. It is a salt water lake. The lake is in the process of being identified as a wetland of international importance under the Ramsar Convention. It will then be the first trans-boundary wetland in South Asia under the convention.