1. Storm likely in Bay of Bengal

The India Meteorological Department said that a low pressure area (a precursor to cyclonic storm) is likely to form in the eastern Bay of Bengal and the Northern Andaman Sea.

Why is the Bay of Bengal more prone to Cyclones?

1. Putin, Xi hail ties at launch of work on nuclear plants in China

2. U.S. to waive sanctions on firm behind Russia’s Nord Stream 2

The U.S. government is considering waiving sanctions on the company behind Russia’s Nord Stream 2 pipeline to Europe. Why is the Pipeline Controversial?

Amid the increasing instances of mucormycosis (black fungus), the Rajasthan government has declared it an epidemic and a notifiable disease.

What is an Epidemic?

Telangana has also declared the “black fungus” spreading in its hospitals an epidemic.

1. Centre raises subsidy on DAP fertilizers; no hike for farmers

Following a review meeting on fertilizer prices chaired by Prime Minister, the Central government has enhanced the subsidy on di-ammonium phosphate (DAP) fertilizers.

The government of India sent a notice to WhatsApp asking it to withdraw the controversial update to its privacy policy.

This issue has been covered in the 20th March 2021 Comprehensive News Analysis.

For more information on this refer to:

With regard to limit on reservation:

Against the objective of attaining substantive equality:

With regard to states’ power in determining backward classes:

Impede the right of certain communities:

Against the principle of federalism:

1. A collage of laws that leaves the worker out in the cold

This topic has been discussed in detail in the following article:

Impact of the pandemic on the informal workers:

Lack of an integrated structure:

Lack of an all inclusive approach:

Thresholds of the number of workers employed:

1. A thaw in India-Pakistan trade relations?

History of ups and downs:

For more information on this development refer to:

Pressure of the pandemic:

China protested the latest passage by a U.S. Navy ship through the Taiwan Strait, calling it a provocation that undermined peace and stability in the region.

While the Taiwan strait is in international waters, China claims self-governing Taiwan as its own territory and regards the U.S. Navy’s presence in the area as a show of support for the island’s democratic government. 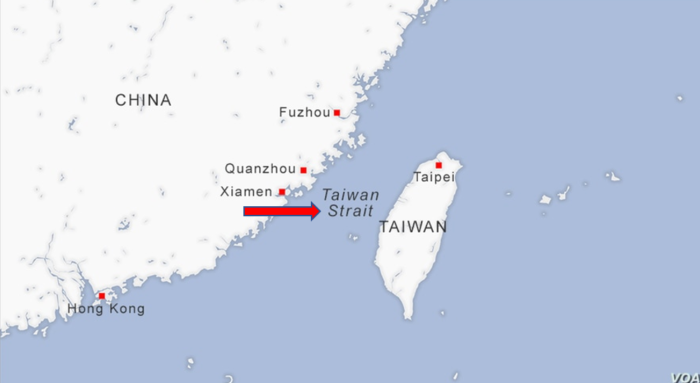