The Delhi High Court has asked the Centre to respond to two separate petitions by same-sex couples seeking to declare that the Special Marriage Act (SMA) and the Foreign Marriage Act (FMA) ought to apply to all couples regardless of their gender identity and sexual orientation.

The Union Cabinet has approved the Strengthening Teaching-Learning and Results for States (STARS) project.

A similar project to be funded by the Asian Development Bank will cover Gujarat, Tamil Nadu, Uttarakhand, Jharkhand and Assam and every State will partner with one other State to share best practices.

The Nagaland government has called all civil society groups for a consultative meet in Kohima to discuss the ongoing peace talks and the political issue.

This topic has been covered in 12th August 2020 Comprehensive News Analysis.

India continues to be a net importer:

Challenge to PMP at the WTO:

Continued focus on value of production:

Shift from China is unlikely:

2. The RBI tunes in to the economy 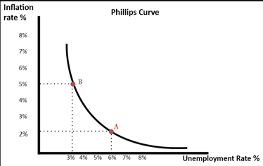 For information on the recent monetary policy review, refer to:

For more information on this development, refer to:

Effectiveness of the new labour codes:

For information on this issue, refer to:

Neglect of the informal sector:

Negative impact on workers and country:

All regional parties in the Union Territory of Jammu and Kashmir are set to meet to discuss the Gupkar Declaration.

Pakistan has been re-elected to the United Nations Human Rights Council (UNHRC).

The Union Cabinet has approved changes in the criteria of the Deen Dayal Antyodaya Rashtriya Aajeevika Mission.

U.S. Secretary of State has announced the concurrent designation of Assistant Secretary Robert A. Destro of the Bureau of Democracy, Human Rights, and Labour to serve as the country’s Coordinator for Tibetan Issues.