The World Bank Group is an international partnership comprising 189 countries and five constituent institutions that works towards eradicating poverty and creating prosperity.

The five development institutions under the World Bank Group are:

Point to note: The IBRD and the IDA together form the World Bank.

The WBG is one of the world’s largest sources of funding and knowledge for developing nations. Its five institutions share a commitment to decreasing poverty, enhancing shared prosperity, and boosting sustainable development.

The WBG is headquartered in Washington, D.C. The World Bank Group is a specialized agency of the United Nations.

Check out the video for details on World Bank – 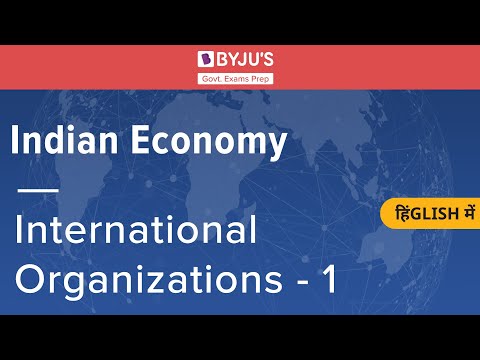 The following section talks about the functions of the various institutions under the WBG.

The IBRD calls itself a global development cooperative. It has a membership of 189 countries.

The main objective of the IDA is to provide grants and concessional loans to the world’s poorest countries.

To know more about the International Development Association (IDA), click on the linked article.

The IFC is a sister organization of the World Bank (IDA + IBRD). It is the largest international development institution focused on the private sector in developing countries.