The Centre has opposed before the Delhi High Court, a petition seeking recognition of same-sex marriages.

For more on the Supreme Court Judgement on Section 377 watch Explained: Sec 377 – SC Judgment below: 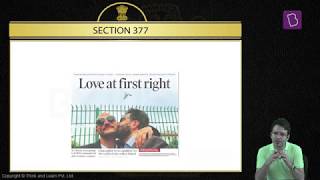 1. What’s next for Palestine after UAE, Bahrain deals with Israel?

Where does it leave the Palestinians?

A Gulf analyst opines that by normalising relations outside the framework of ‘land for peace’, the two states have broken with a decades-old Arab consensus on the Palestinian issue, and effectively endorsed Israel’s military occupation over the Palestinians. This leaves the Palestinians more isolated than ever and further weakens the already-dim prospect of a two-state solution.

Advocate Prashant Bhushan has filed a review petition in the Supreme Court against its decision finding him guilty of criminal contempt by scandalising the court with his tweets. Read more on contempt of court.

Read more on this issue covered in the 1st Sep 2020 CNA: SC imposes₹1 fine on Bhushan for contempt.

Three Bills on agriculture reforms have been introduced in Parliament to replace the ordinances issued during the lockdown.

This topic has been covered in the 3rd Sep 2020 CNA: Question Hour dropped in LS schedule of monsoon session.

Scientists have found that the atmosphere of Venus contains traces of phosphine gas.

The Goods and Services Tax (GST) compensation due to States stands at over ₹1.51 lakh crore.

A part-time member of the Economic Advisory Council to the Prime Minister has suggested that India should look at selling enemy properties valued at over ₹1 lakh crore to take care of the current expenditure, which will drive growth.

What is Enemy Property?

1. Urban employment as the focal point

Structure of the economy:

Inadequacy of the government schemes:

Reducing vulnerabilities in the informal sector:

2. For a different yardstick

For information related to concerns in the current framework of the ‘Doing Business’ report, refer to the following article:

CNA dated Aug 31, 2020: A development that will hardly put India at ease

1. Bharatiyar, the charioteer of wisdom

Read more on Subramanian Bharathi in This Day in History dated Dec 11.

Water has been leaking from the Kondapochammasagar reservoir located at the Markook mandal headquarters in Telangana.

The Telecom Regulatory Authority of India (TRAI) has said that the time is not opportune to recommend a comprehensive regulatory framework for various aspects of OTT services such as WhatsApp, Skype and Hike.

OTT services refer to applications and services that are accessible over the internet and ride on an operator’s network.