The International Labour Organization (ILO) is a United Nations agency dealing with labour issues, particularly international labour standards, social protection, and work opportunities for all. This topic is of relevance to the IAS exam aspirants.

The ILO was established as an agency for the League of Nations following World War I. 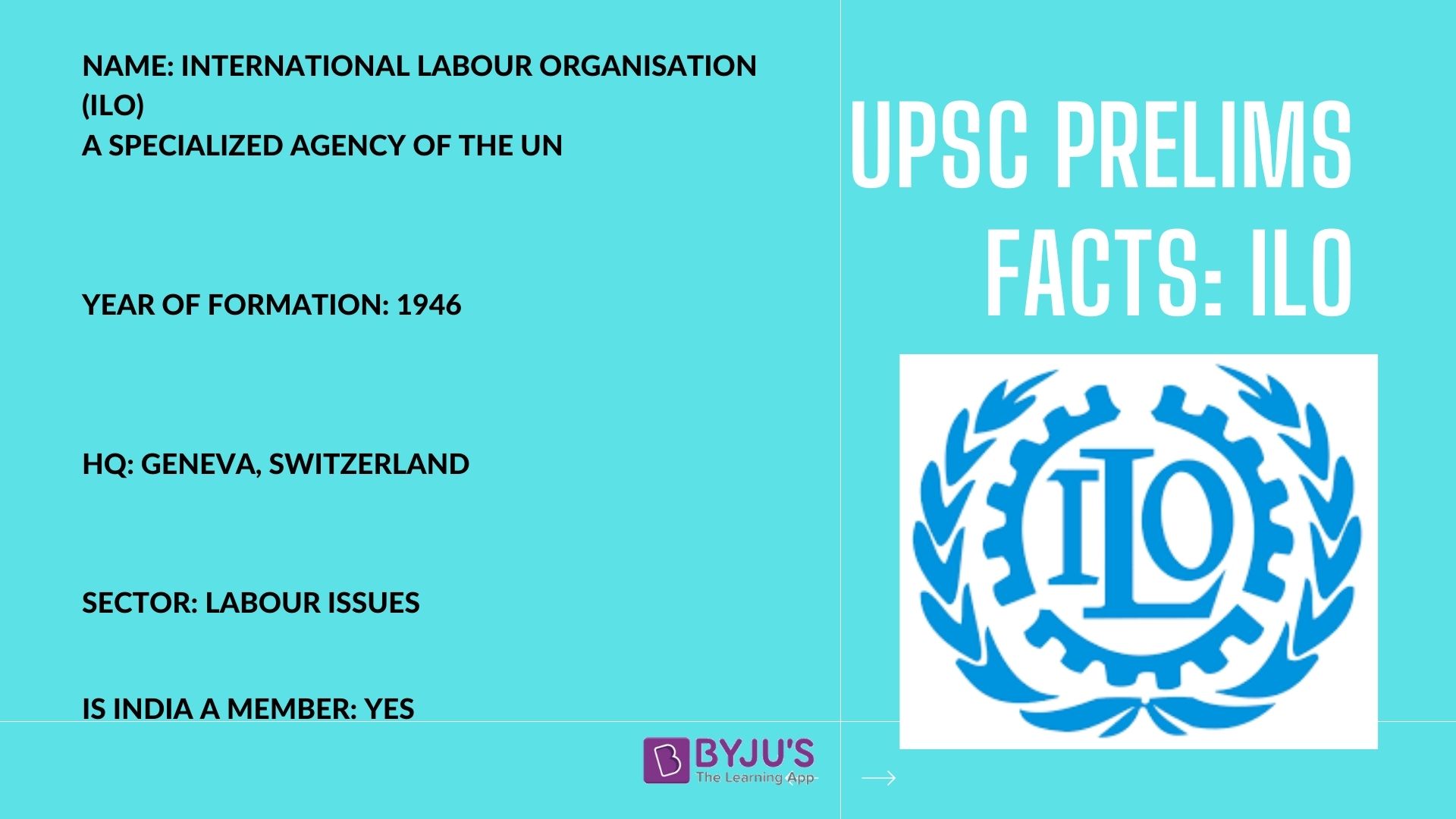 The ILO is the only tripartite U.N. agency. The ILO is a meeting point for governments, workers and employers of ILO’s member States to set labour standards, improve upon policies and create programs that promote decent work for people. The four strategic objectives at the heart of the Decent Work agenda are:

To know more headquarters of the Important Organisations of the World, visit the linked article.

The ILO plays an important role in the formulation of policies which are focussed on solving labour issues. The ILO also has other functions, such as:

To know more about the World Confederation of Labour, visit the linked article

The ILO’s mission is to promote decent work for all workers. This is accomplished by promoting social dialogue, protection, and employment generation.

The Declaration was adopted in 1998, and it mandates the member states to promote the eight fundamental principles and rights. The Fundamental Principles and Rights are categorized into four classes. They are:

Learn more about the Child Labour Amendment Act and Rules, by clicking on the linked article.

The growth of the trade union movement in India was an organic process. It started towards the tail end of the nineteenth century and has had a parallel development to India’s industrial development. The difficulties of the workers’ lives came into light during the 1850s. The labour movement in India can be categorized into two phases: the first phase lasting from the 1850s -1918, and the second from 1918- till Independence.

To know more about the Legislation passed in British India, visit the linked article

What is the significance of the eight core conventions of the ILO?

The eight-core conventions of the ILO provide relevance and bring justice to the workers all around the world. The conventions are formulated keeping in mind the economic challenges faced by the workers of all classes. They help the workers get fair pay for their work and get the opportunity to be treated equally. It also regulates the employment of children for minimum wages.

Why is the ILO important?

The ILO works to promote social justice at the workplace, as it believes that social justice is the key to lasting peace. It also promotes employment generation and the concept of decent work, while adhering to international labour and human rights.

How does the ILO help the workers?

The ILO formulates policies and programmes which are aimed at serving the needs of the working men and women. The policies ensure that all workers have an equal opportunity, get respected for their work, and get paid decent wages.

What are the principles of the ILO?

The ILO works for promoting internationally recognized human rights for the workers. They have three primary principles which are based on freedom of association, the abolition of child labour, and promoting social justice.

How many ILO conventions are there in total?