A government run by the people is called a democracy. In a democracy, each citizen has a say (or a vote) in how the government is run, thus differentiating it from a monarchy or dictatorship, where one person (the king or dictator) has all the power. The earliest democracy in the world began with the work of a man named Cleisthenes (also considered as the Father of Democracy), in Athens, in 510 BC. Students can learn in detail about the Key Elements of a Democratic Government from Civics Chapter 4 of Class 6. NCERT Solutions for Class 6 Civics Chapter 4 “Key Elements of a Democratic Government” contains the solutions for the exercises given in the book ‘Social and Political Life’.

This chapter talks about the participation processes involved in a democracy, the roles and responsibilities in conflict resolution and the key ideas of a democratic government. Students can download the NCERT Solutions for Class 6 Civics PDF below. 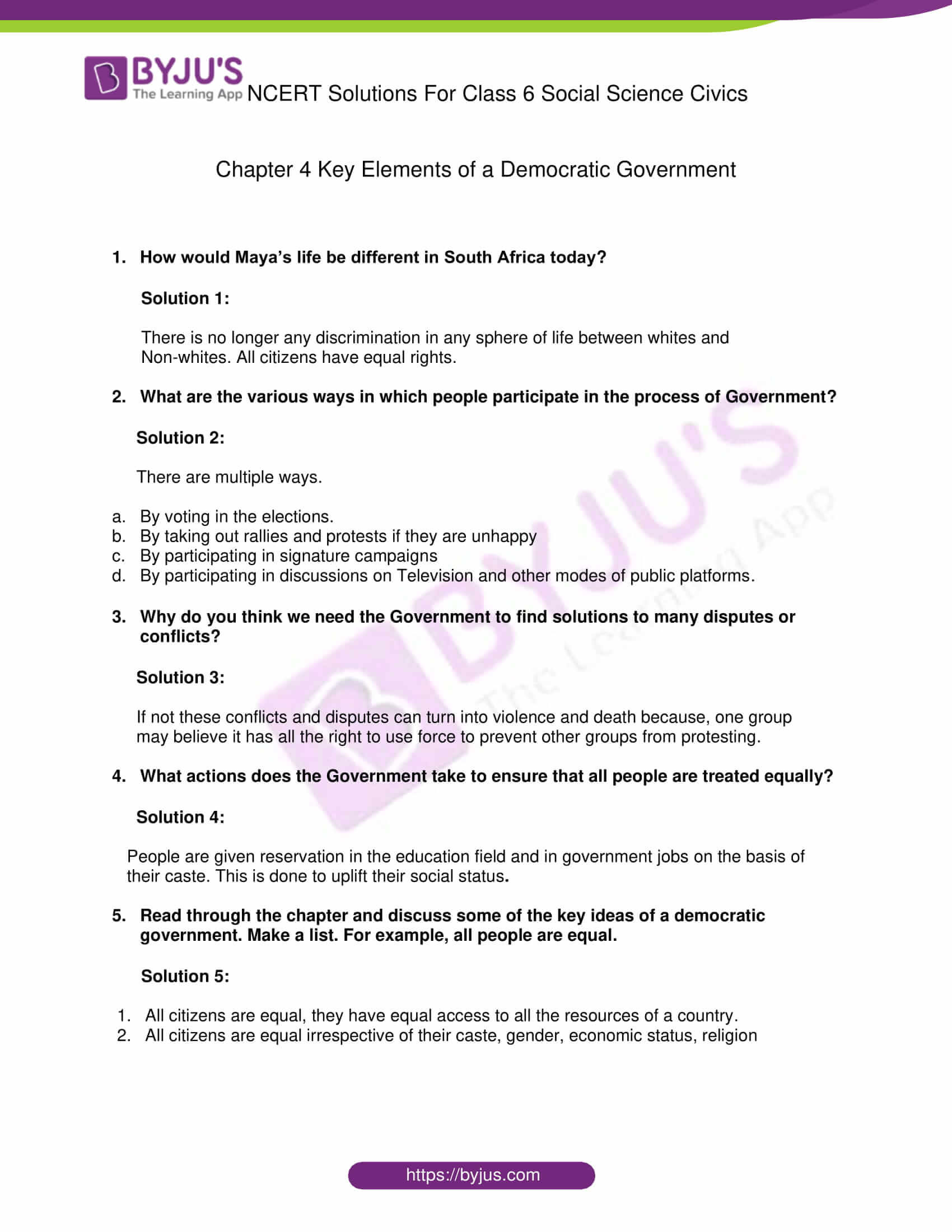 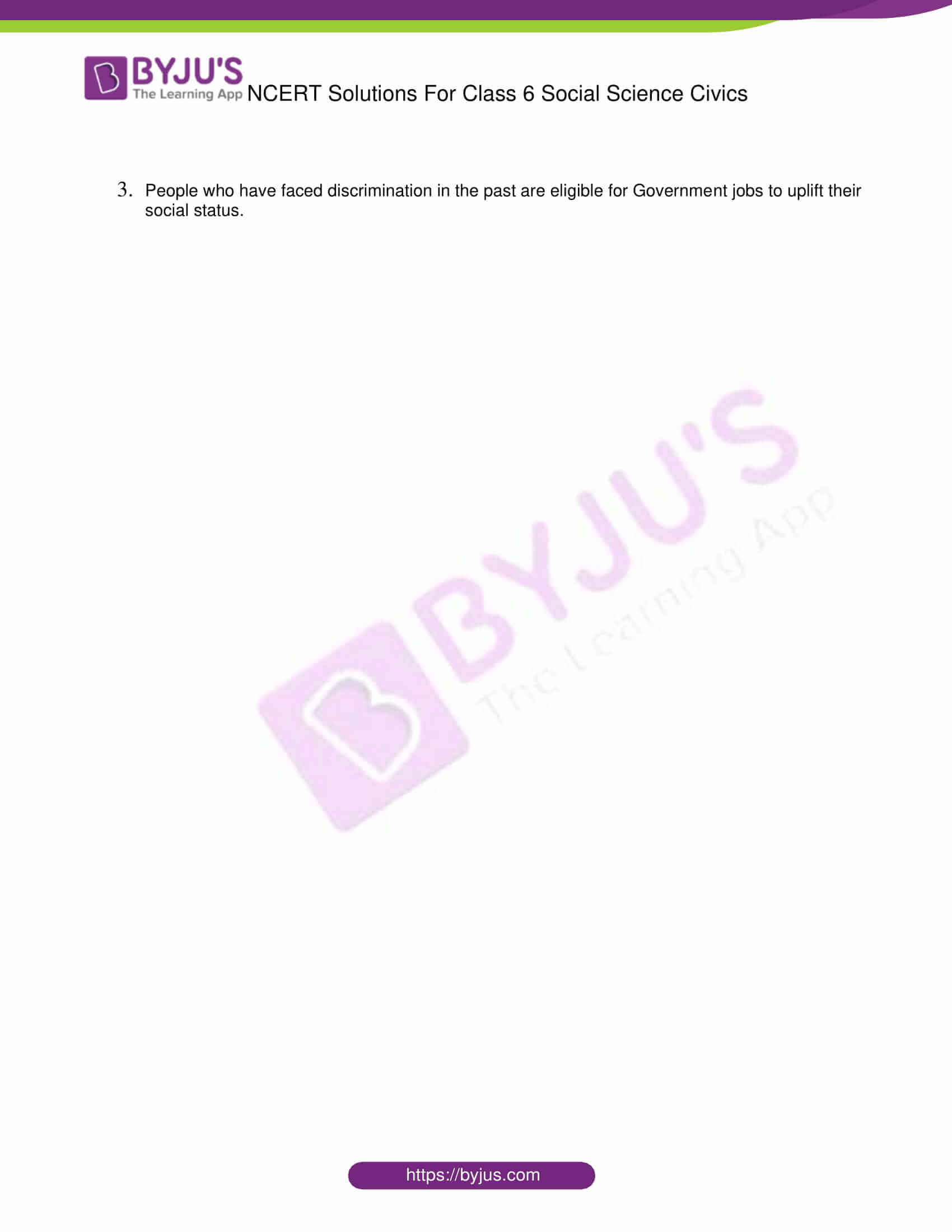 The solutions for chapter 4, Key Elements of a Democratic Government are given below. Students should also check NCERT Solutions for Class 6 for other subjects.

1.How would Maya’s life be different in South Africa today?

There is no longer any discrimination in any sphere of life between whites and Non-whites. All citizens have equal rights.

2.What are the various ways in which people participate in the process of Government?

There are multiple ways.

3.Why do you think we need the Government to find solutions to many disputes or conflicts?

Without the government, conflicts and disputes can result in violence and death. One group may believe that it has all the right to use force and prevent other groups from protesting. But in some cases, corrupt governments can themselves play a part in escalating these disputes and conflicts between people.

4.What actions does the Government take to ensure that all people are treated equally?

People are given reservations in the education field and in government jobs, on the basis of their caste. This is done to uplift their social status.

5.Read through the chapter and discuss some of the key ideas of a democratic government. Make a list. For example, all people are equal.

The NCERT Class 6 Social and Political Life Chapter 4 talks about the following topics: