To get the solutions of Geography, History, Civics books students must visit NCERT Solution Class 8 Social Science page at BYJU’S. 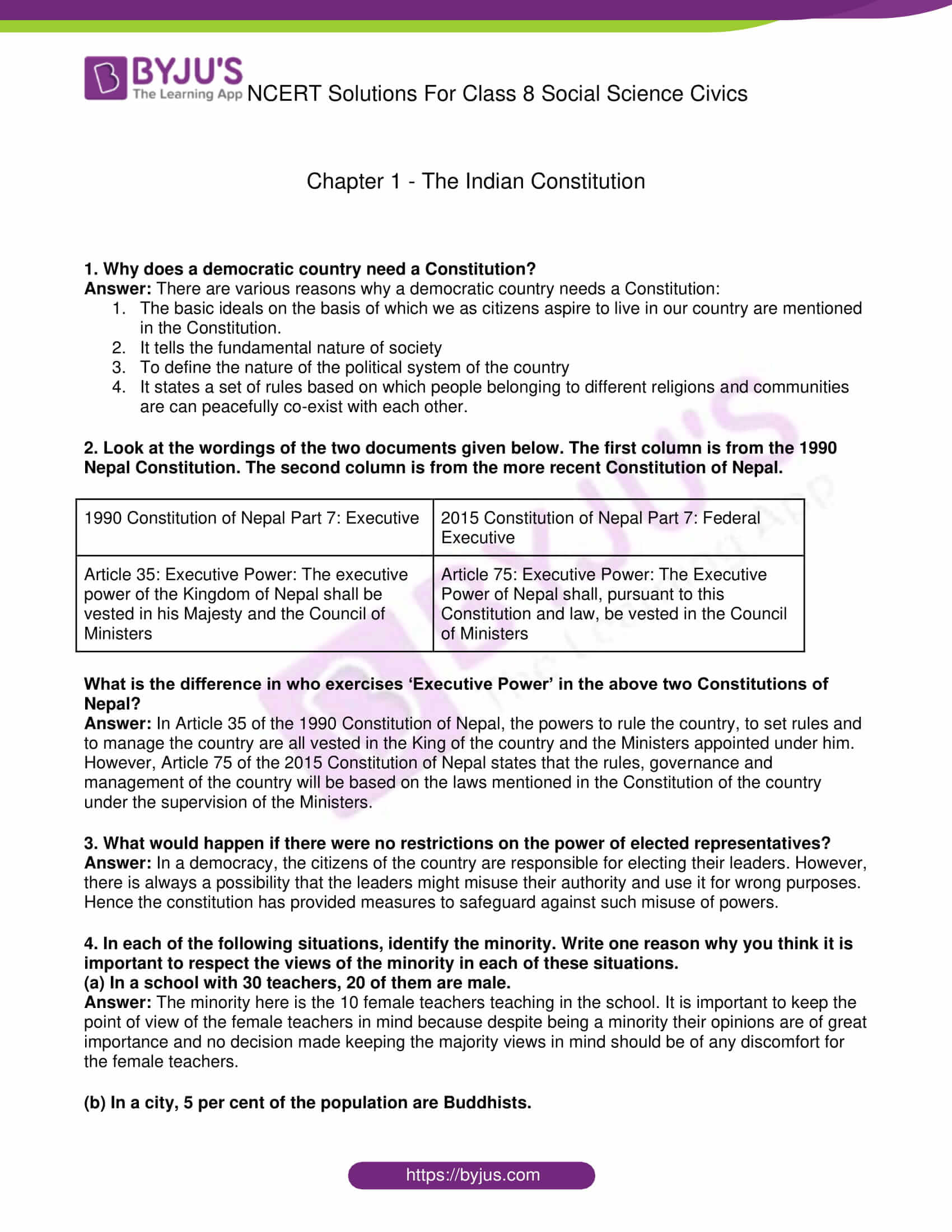 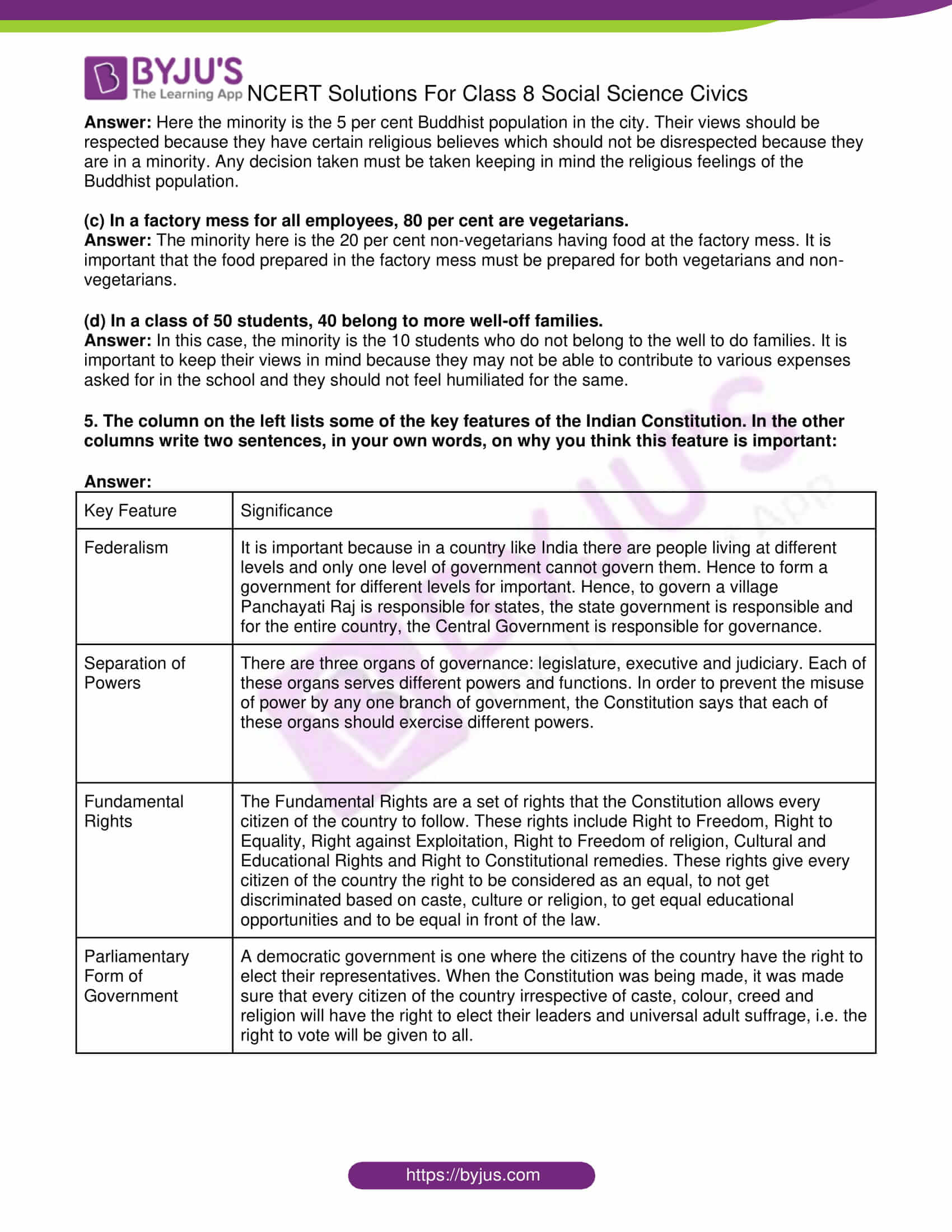 1. Why does a democratic country need a Constitution?

Answer: There are various reasons why a democratic country needs a Constitution:

What is the difference in who exercises ‘Executive Power’ in the above two Constitutions of Nepal?

Answer: In Article 35 of the 1990 Constitution of Nepal, the powers to rule the country, to set rules and to manage the country are all vested in the King of the country and the Ministers appointed under him.

3. What would happen if there were no restrictions on the power of elected representatives?

Answer: In a democracy, the citizens of the country are responsible for electing their leaders. However, there is always a possibility that the leaders might misuse their authority and use it for wrong purposes. Hence the constitution has provided measures to safeguard the country against such misuse of powers.

(b) In a city, 5 percent of the population are Buddhists.

(c) In a factory mess for all employees, 80 percent are vegetarians.

Answer: In this case, the minority are the 10 students who do not belong to well-off families. It is important to keep their viewpoints in mind, because they may not be able to contribute to the various expenses required by the school and they should not feel humiliated for the same.

5. The column on the left lists some of the key features of the Indian Constitution. In the other columns write two sentences, in your own words, on why you think this feature is important:

In this chapter of NCERT civics Class 8, students will study about the Indian Constitution and how it has shaped to form a proper governance scheme for the people of the country. The importance of the Constitution in a democratic country is what the author discusses in this chapter.

Students can get NCERT Solutions Class 8 for other subjects as well and prepare themselves for the exams.