The idea of interlinking rivers was first mooted by the Chief Engineer of the Madras Presidency in 1919, Sir Arthur Cotton. 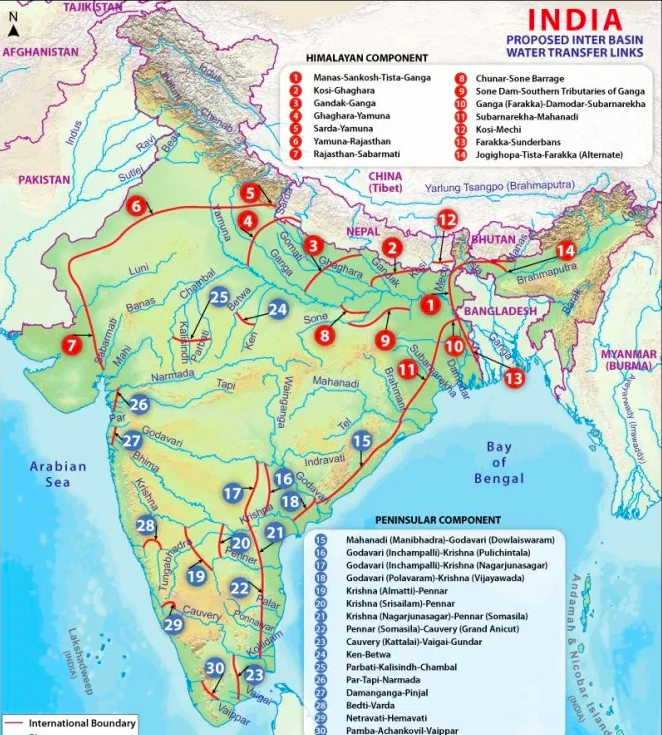 What is Inter-linking of Rivers (ILR)?

The idea behind the interlinking of rivers is that many parts of the country face problems of drought while many others face the problem of flooding every year.

This project envisages the transfer of water from the water-excess basin to the water-deficient basin by interlinking 37 rivers of India by a network of almost 3000 storage dams. This will form a gigantic South Asian water grid.

There are two components to this project:

Under the Himalayan component of the NRLP, there are 14 projects in the pipeline.

This component of the NRLP envisages the linking of the 16 rivers of southern India.

There are many benefits that the proposed interlinking projects will bring about. They are discussed below:

Despite the many benefits that are associated with the river interlinking project, the project is yet to take off because of the many hurdles it is facing. Some of the challenges in this regard are as follows:

Candidates can refer to the Previous Year’s Geography Questions in UPSC Mains GS 1, from the linked article.

Way Forward with Interlinking of Rivers

Is the interlinking of rivers necessary?

There are benefits and concerns associated with the project.

How many rivers are interlinked in India?