The Rivers of India play a significant role in the lives of Indian society as well as in the lives of the aspirants pursuing the UPSC Civil Service Exam. The river systems provide irrigation, drinking water, economical transportation, power, as well as grant livelihoods to a large number of population. This straightforwardly demonstrates why all the major cities of India are positioned by the banks of the river.

Here we’ll discuss the Indian Rivers and their role in the IAS Exam.

List of Major Indian River Systems- Rivers and their Origin

Most of the rivers discharge their waters into the Bay of Bengal. Some of the rivers flow through the western part of the country and merge into the Arabian Sea. The northern parts of the Aravalli range, some parts of Ladakh, and arid regions of the Thar Desert have inland drainage. All major rivers of India originate from one of the three main watersheds- Given below are the major river systems in India:

The Indus arises from the northern slopes of the Kailash range in Tibet near Lake Mansarovar.

The major tributaries of the Indus River in India are Jhelum, Ravi, Chenab, Beas, and Sutlej.

The Brahmaputra originates from Mansarovar Lake, which is also a source of the Indus and Sutlej.

The river is known as the Tsangpo in Tibet. It receives less volume of water and has less silt in the Tibet region. But in India, the river passes through a region of heavy precipitation, and as such, the river carries large amounts of water during rainfall and a significant amount of silt. It is considered one of the largest rivers in India in terms of volume. It is known for creating calamities in Assam and Bangladesh.

Similar to major river systems in India, you can check more static GK topics for UPSC exams on the linked page.

The concept of Panch Prayag

The principal tributaries of the Ganga are Yamuna, Damodar, Sapta Kosi, Ram Ganga, Gomati, Ghaghara, and Son. The river after travelling a distance of 2525 km from its source meets the Bay of Bengal. 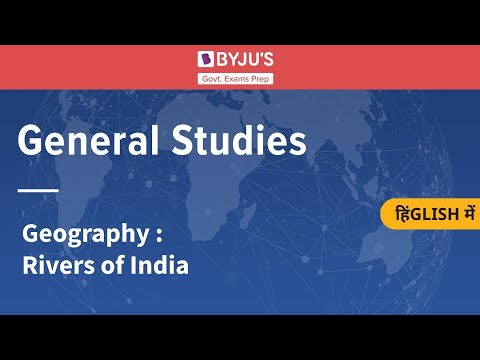 How many dams are in the Cauvery river?

Is Cauvery a perennial river?

Kaveri is a Perennial river because the lower reaches of Kaveri fall in the path of moisture-rich North-East Monsoon winds. Most of the other peninsular rivers water only during the southwest monsoons.

Why is Kaveri river drying?

Deforestation, irrigation and agricultural projects have swallowed the forests of the Western Ghats. The soil, having lost its ability to retain water, is unable to sustain Cauvery. As a result, the river is drying up.

Which is the largest River System of India?

Ganga is the largest river system in India. The Indus basin has the largest number of glaciers (3500), whereas the Ganga and Brahmaputra basins contain about 1000 and 660 glaciers, respectively.

What are the two types of rivers in India?

Indian rivers are classified as – Himalayan Rivers and Peninsular Rivers.