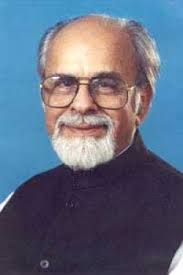 In this article, you can read about the life and contribution of India’s former PM Inder Kumar Gujral for the UPSC exam.