K Vijay Kumar IPS became a household name in 2004 when the Special Task Force led by him killed the dreaded brigand Veerappan in a carefully planned operation. Vijay Kumar has retired from the IPS since then and is currently an Advisor to the Governor of Jammu & Kashmir. He still continues to inspire police officers and troops across the country for his daredevilry and awe-inspiring body of work. Read on for more on the story of super-cop K Vijay Kumar. 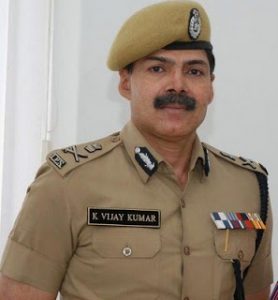 If you wish to read more civil services success stories, check out our Get Inspired segment.