Athar Aamir-ul-Shafi Khan, a 23-year-old became the second Kashmiri to become an IAS officer by securing the second rank on the UPSC 2015 Topper list.

Athar completed his 11th and 12th from Tyndale Biscoe School in Srinagar.

He wanted to pursue BE so Athar Aamir Ul Shafi Khan did his engineering in IIT-Mandi and graduated with an Electrical engineering degree. 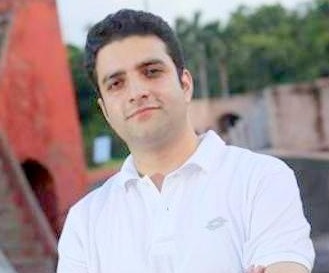 Many told Athar Aamir Ul Shafi Khan that he was silly to go for IIT after getting into medicine.

His different approach and steadfastness to fulfil his aim, Athar never gave up and didn’t look back and today here he goes to inspire India from a small militancy-hit valley.

Athar Aamir Ul Shafi Khan is not a bookworm. Here to all the aspirants, Athar one of the UPSC toppers says:

Click here to know how to crack IAS Interview.

For more IAS success stories, check out our Get inspired segment.

You can also read about the success story of Tina Dabi, who bagged the first rank in the CSE 2015 here.