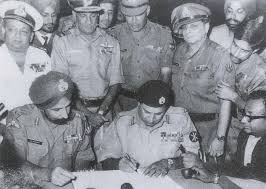 Signing of thze Instrument of Surrender

The 1971 Indo-Pak War began which culminated in the birth of a new nation Bangladesh. Read more about this incident for the IAS exam.