The United Nations Convention against Transnational Organized Crime (UNTOC) is the main international instrument in the fight against organized crime. It is an important international treaty under the United Nations system. In this article, you can read all about UNTOC, its significance and India’s relation with it for the IAS exam. 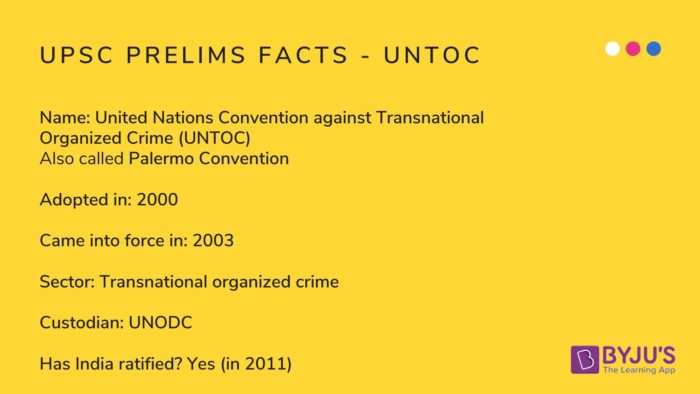 The Convention against Transnational Organized Crime or UNTOC is also known as the Palermo Convention since it was adopted in Palermo in Italy in 2000.

Aspirants would find the article very helpful in preparation for UPSC examination.

What is transnational organized crime?