The Yemeni Civil War is an ongoing protracted conflict with multiple factions being involved. The civil war has been raging from 2014 to the present day.

The conflict is mainly between the Abdrabbuh Mansur Hadi-led Yemeni government and the Houthi armed movement, along with their supporters and allies. Both claim to constitute the official government of Yemen.

Even after more than 6 years of the war, Yemen remains the largest humanitarian crisis in the world. It is experiencing the world’s worst food crisis, with nearly two-thirds of the population requiring food assistance at the beginning of 2020. The humanitarian conditions during the COVID pandemic have only made situations worse.

This article will give details about the Yemeni Civil War within the context of the Civil Services Examination.

IAS Exam aspirants can also refer to the links given below:

The civil war began when in September 2014, the government of Yemen was deposed by the Houthis following a battle between them and the government forces in the capital of Sana’a.

The Houthis are an Islamist political and armed movement that emerged from Sa’dah in northern Yemen in the 1990s. The movement was called Houthis because its founder is from the Houthi tribe.

On March 21 2015, the Houthis ordered a general mobilisation to drive into southern Yemen which was under loyalist control of forces under the erstwhile president of Yemen Abdrabbuh Mansur Hadi. Fighting began in earnest and key loyalist centres such as Lahij began to fall and by March 25 of that year, the Houthi forces had reached the outskirts of Aden, where Hadi’s government had their seat of power.

The same day he fled the country while at the same time a coalition led by Saudi Arabia launched military operations against the Houthis in order to restore the former Yemeni government.

Despite no evidence to the contrary, it has been noticed that the Houthis have been funded and armed by the Iranian government and as such, the Yemeni Civil War is considered an extension of the Iran-Saudi Arabia proxy conflict.

Currently Houthi forces are in control of Sana’ and most of Northern Yemen. They have clashed with Saudi-supported government forces loyal to Hadi. The Houthis have suffered a significant defeat when in 2018 they lost Aden. Ever since then the Houthi coalition has been largely fractured into infighting.

Aspirants co go through the video at (13:40) minutes to know the latest context related to Yemeni Civil War- 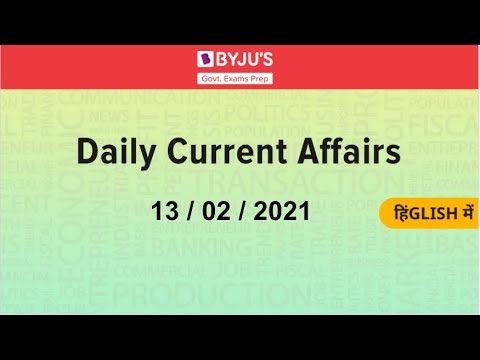 As per international agencies over 100,000 people have been killed in Yemen, including 12,000 civilians. Its protracted conflict has also led to famine killing another 85,000 people. In 2018 the United Nations warned that 13 million Yemeni civilians face starvation, making it the worst famine in the world since  100 years

In February 2021, the four United Nations agencies – The World Food Program, the WHO, UNICEF and the Food and Agriculture Organisation warned that about two million Yemeni children under the age of six were malnourished. The 4 organisations called for all the factions to cease their fighting and come together to fix the situation at hand

The international community has sharply condemned the Saudi Arabian-led bombing campaign, which has included widespread bombing of civilian areas inside the Houthi-controlled western part of Yemen.

Experts are of the opinion that the Saudi Air Force is deliberately embarking on a terror-bombing campaign reminiscent of World War II instead of targeting genuine military installations. According to the Yemen Data Project, the bombing campaign has killed or injured an estimated 17,729 civilians as of March 2019.

Developments regarding the Yemeni Civil War

In January 2021, the US Secretary of State Mike Pompeo announced his intentions of declaring the Houthi movement in Yemen as a “foreign terrorist organization”. Under the plan, the three leaders of the Houthis, known as Ansarallah, were to be listed as Specially Designated Global Terrorists. However, it induced fear among the diplomats and aid groups that the move would cause issues in the peace talks and in delivering aid to the Yemen crisis.

The United States provided intelligence and logistical support for the Saudi-led campaign. In March 2019, both houses of the United States Congress voted to pass a resolution to end US support to the Saudi Arabia war effort.

It was vetoed by President Donald Trump, and in May, the Senate failed to override the veto.