The Volatiles Investigating Polar Exploration Rover or VIPER is NASA’s lunar rover that will explore the water ice and other resources available on the surface of the Moon.

This mission will pave the way for the National Aeronautics and Space Administration’s Artemis program which aims to establish the traces of sustainable existence of human life on the Moon by 2028.

Given below are a few key facts about the NASA VIPER Mission for candidates preparing for the upcoming IAS Exam:

Like the National Aeronautics and Space Administration is America’s civil space program, similarly, get the List of India Space Centres and Agencies at the linked article.

Refer to the table below to read about a few other important missions by NASA:

Given below is an illustration of the Volatiles Investigating Polar Exploration Rover as depicted on NASA’s official website: 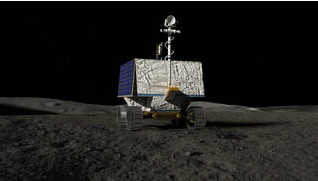 Ever since NASA’s Apollo 11 mission to the Moon in 1969, many space agencies across the globe have launched their lunar missions.

This time, with VIPER, NASA aims to analyse water ice on the surface and subsurface of the moon, varying within four main soil environments. This will enable them to analyse future prospects and landing sites for their Artemis program.

The presence of water on the lunar surface can be a game-changing discovery for the upcoming human exploration projects.

UPSC aspirants can also refer to the links given below:

The mission to the Moon comes with its share of challenges and is more complex in comparison to the missions launched for Mars. Given below are the key challenges that might be faced by the VIPER Mission:

For the latest developments under the VIPER mission, government exam aspirants can check this space.

Refer to the UPSC Syllabus page to get the detailed and topic-wise syllabus for the prelims and mains examination.