1. WHO report sounds alarm on ‘doctors’ in India

4. India ramps up its military presence in Eastern Ladakh

2. GST can lower cost of logistics industry by 20 per cent’

3. Game of Thrones in Kathmandu

1. A thought for food

a) Terror networks or ‘lone wolves’ at work?

b) GST Bill: The sticky points and what is possible

b) Indian Railways train delay reduced by 30 per cent: Survey

1. WHO report sounds alarm on ‘doctors’ in India 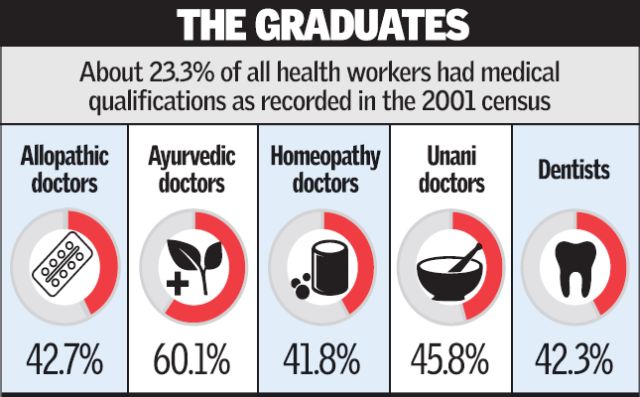 4. India ramps up its military presence in Eastern Ladakh

2. ‘GST can lower cost of logistics industry by 20 per cent’

(Prof. Pradeep’s basic research was funded by the Nano Mission of the Central government)

3. Game of Thrones in Kathmandu

The Indian Express
1. A thought for food

A meeting of the Inter-State Council took place here today. The Prime Minister chaired the meeting. Union Ministers participated in the meeting along with the Chief Ministers and Administrators of States and Union Territories.

This meeting has been held after a gap of 10 years.

The Union Home Minister welcomed the Members of the Council and mentioned about the importance of cooperative federalism and how this Government was committed to the ideal of Centre-State cooperation. The completion of all the Zonal Council meetings in 2015 was a reflection of this commitment, he added.

The Prime Minister, in his inaugural address mentioned, that the Inter State Council is the most significant platform for strengthening Centre-State and Inter-State relations. He observed that the Council should discuss matters which are of concern to large segments of our population. It is with that intention that the agenda subjects for discussion in the Council have been chosen. So far 102 crore Aadhaar cards have been distributed and today the Aadhaar card has become a symbol of empowerment. He added that India’s greatest assets are the youth of the country and, therefore, they should be equipped with the skill and ability to think logically and work creatively. He emphasized the need to focus on intelligence sharing and ensure greater coordination among agencies, so as to strengthen the internal security of the country.

The recommendations of the Commission on Centre-State relations headed by Justice M.M. Punchhi, retired CJI, will be first referred to the Standing Committee and with their recommendations be placed before the Council. On the issue of Aadhaarenrollment and using Aadhaar as an identifier for direct benefit transfers, the State Governments assured that they will provide maximum support in completing the enrollment and also in setting up DBT (Direct Benefit Transfer) cells. The consensus view that emerged in the Council with regard to improving the quality of education and learning outcomes was that there has to be an improvement in the pupil-teacher ratio and in the training of teachers. Besides, focus also needs to be there on improving classroom processes and in the quality of school infrastructure. All these should be achieved in a time-bound manner. The need for modernizing the police force with better equipment and training was also emphasized.

Many Chief Ministers lauded the Government of India for convening the meeting of the Inter-State Council and requested that such meetings should be convened more frequently.

In his concluding address the Prime Minister mentioned that Aadhaar seeding should be attempted to the maximum extent possible in the implementation of welfare schemes. While expansion of educational facilities for school education was the only area of priority focus earlier, today we should, in addition focus on the quality of education and learning outcomes also. Technology can greatly help in this. We should proactively take steps to bridge the disparities in the standards between the better endowed and poorly endowed schools.

There should be better coordination and interaction between the police departments of the States and ‘Smart Policing’ should be practiced and in this, technology and focus on training of the police personnel in matters relating to cyber crimes should be important points of emphasis.

The recent spurt in cotton prices has resulted in higher input costs for the spinning sector in India. In view of this situation, the Government reviewed the situation and decided the following:

Cotton Corporation of India will sell its existing stock, purchased under MSP, to spinning mills in the MSME category only. This would be for such MSME spinning textile units registered with the Office of Textile Commissioner.

The Financial Express:
a) Why a slowing west means a dramatic shift in India’s strategy

b) GST Bill: The sticky points and what is possible

1 per cent Tax on interstate movement of goods

Agree to GST rate in constitution

Put the rate in GST law

The United Nations Industrial Development Organization (UNIDO)in association with the New and Renewable Energy Ministry, is preparing a road map for 100 MWConcentrated Solar Thermal capacity in India to promote CST in the non-conventional energy segment.“UNIDO will provide USD 1.8 million for demonstration projects and to support manufacturing of CST component in India,” he said.

About Rs 18,000-20,000 investment is needed for a square metre of CST area with single and double axis collector and Rs 12,000 is the estimated cost for non-imaging collector.

One sqmt of CST produces 3.5-kilo calories. Solar themal’s efficiency is around 40-50 per cent while the same for solar PV is about 15 per cent. Land requirement for CST project is one third of solar PV project.

b) Indian Railways train delay reduced by 30 per cent: Survey

Based on a comprehensive analysis done over the last six months across more than 2,500 important train stations across the country, RailYatri.in, a mobile app for rail users, reports that the nationwide Train Delay Average has fallen by nearly 30 per cent since the start of 2016.

However, the same analysis also reveals that the average National Train Delay Index still remains high at 35.03 minutes at the end of June.

The Centre is launching 50 India International Skill Centres (IISC) across the country, which will support the youth in getting foreign placement.

Leading ayurvedic FMCG firm Dabur has tied up with DRDO to promote sustainable cultivation of high-altitude medicinal plants in Ladakh. Dabur India has signed a pact with DRDO’s unit Defence Institute of High Altitude Research (DIHAR), Leh, under which both organisations will educate farmers in the cold desert area.