The Indian Constitution is said to be a bag of borrowings since it adopted many ideas and principles from various constitutions from all over the world. In this article, you can get an idea about the German Constitution that is currently followed, and also a brief about the political system in modern Germany. This is a part of the UPSC international relations segment.

Germany is a country in Western and Central Europe bordered by Denmark, Poland, Czech Republic, Austria, Switzerland, Luxembourg, Belgium and the Netherlands.

Although Germany has a long history, its emergence as a unified nation-state is a relatively recent phenomenon (unlike the United Kingdom and France).

The German Constitution is called the Basic Law. It lays down the fundamental structural principles of the Federal Republic of Germany as:

The following image shows some of the major political parties in Germany today. 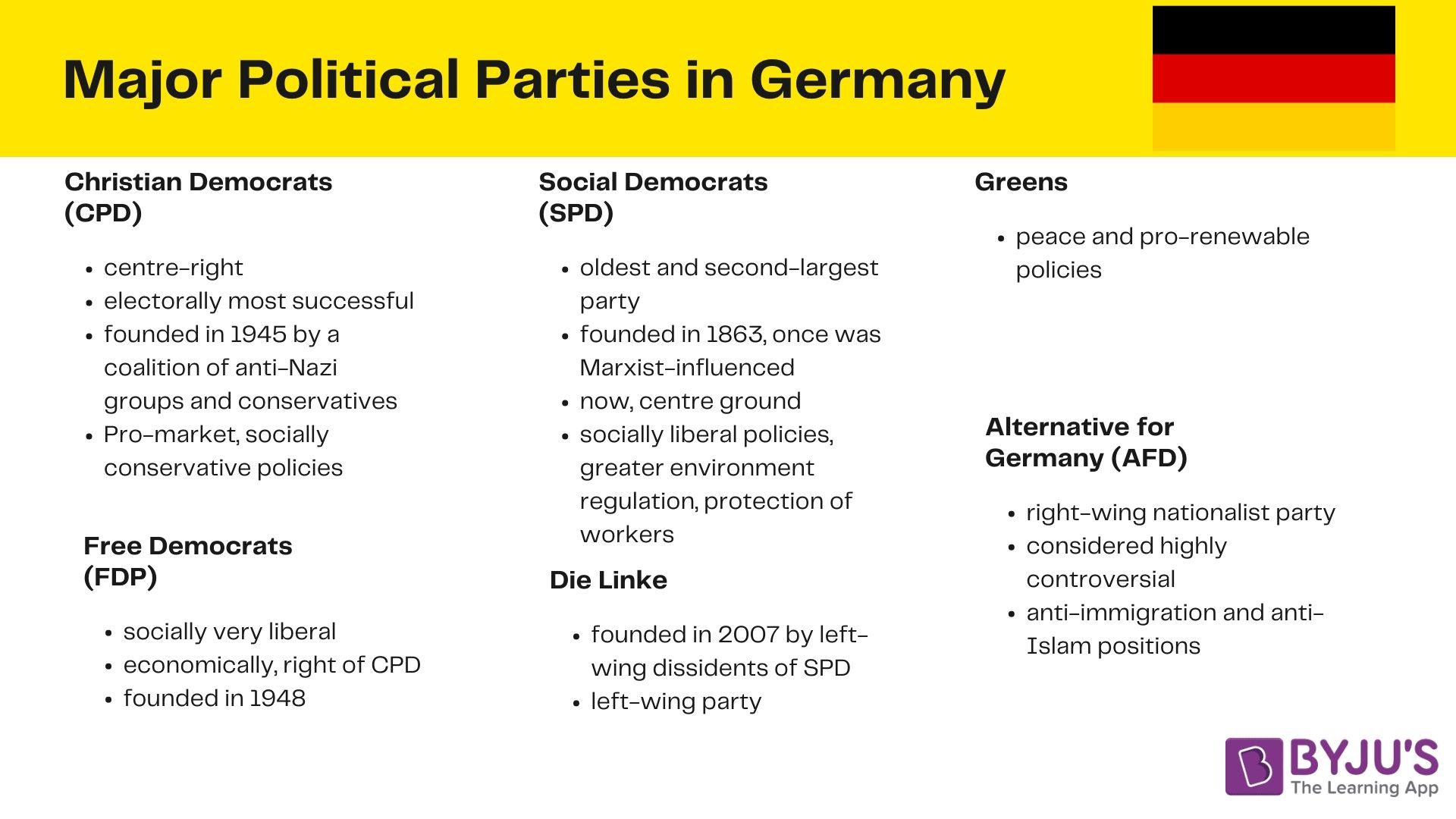 Q 1. What type of constitution does Germany have?

Ans. The Basic Law established Germany as a parliamentary democracy with separation of powers into executive, legislative, and judicial branches.

Q 2. When did Germany get a constitution?

Ans. Friedrich Ebert, a member of the Social Democratic Party and the provisional president of the German Reichstag signed a new constitution, known as the Weimar Constitution on August 11, 1919.

Ans. France and Germany are two examples of countries with a civil law system. Common law systems, while they often have statutes, rely more on precedent, judicial decisions that have already been made.

Q 4. What is the definition of rule by law?

Ans. Rule of law is a principle under which all persons, institutions, and entities are accountable to laws which are equally enforced.

Q 5. Who makes law in Germany?

Ans. The German Bundestag is, therefore, the most important organ of the legislative and lawmaking is done by the country’s parliament.