This is an important topic for the UPSC exam especially for the health as well as current affairs sections.

What are Virus Variants?

Viruses change constantly through mutation and this causes variants of the virus to emerge. Mutation is a natural occurrence and is a part of the evolution of the virus. Many times, mutations emerge and disappear while others persist.

Why do viruses mutate?

Viruses mutate due to any of the following reasons:

Read more on the Coronavirus Pandemic in the link.

What is a Variant of Concern?

Currently, there are four variants of concern identified. They have been named Alpha, Beta, Gamma and Delta by the World Health Organisation (WHO).

In May 2021, WHO announced that it has assigned Greek alphabets for indicating covid-19 virus variants for making it easier for the public to remember the names and also to avoid the stigma that might come when variants are named after the places where they originated or where first identified. Accordingly, the UK variant is now called the Alpha variant.

The Indian Government had objected to the use of the term ‘India variant’ for the Delta variant.

These names do not replace the scientific names of the variants. 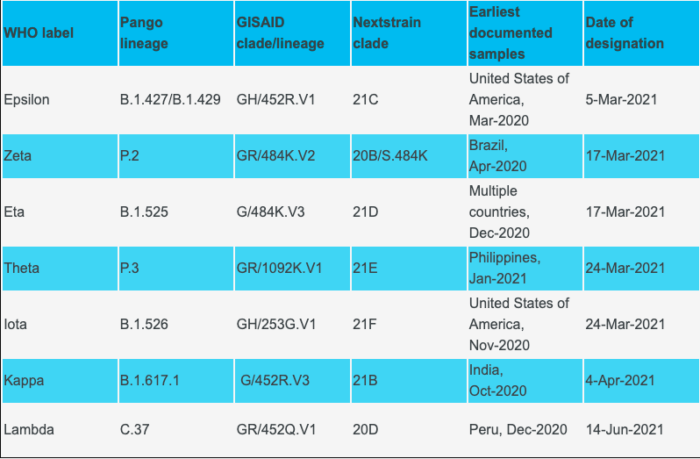 Delta Variant is the name given to the SARS-Cov-2 virus variant first identified in India by Indian scientists.

In November 2021, a new variant, now called the ‘Omicron variant’ was first reported from South Africa. Designated a ‘variant of concern’ by WHO, omicron is spreading fast in many countries of the world including India. As of January 2022, 1,892 cases of Omicron have been detected across 23 states and Union Territories so far.

Read more on Omicron in the linked article.