Office of the High Commissioner for Human Rights – OHCHR 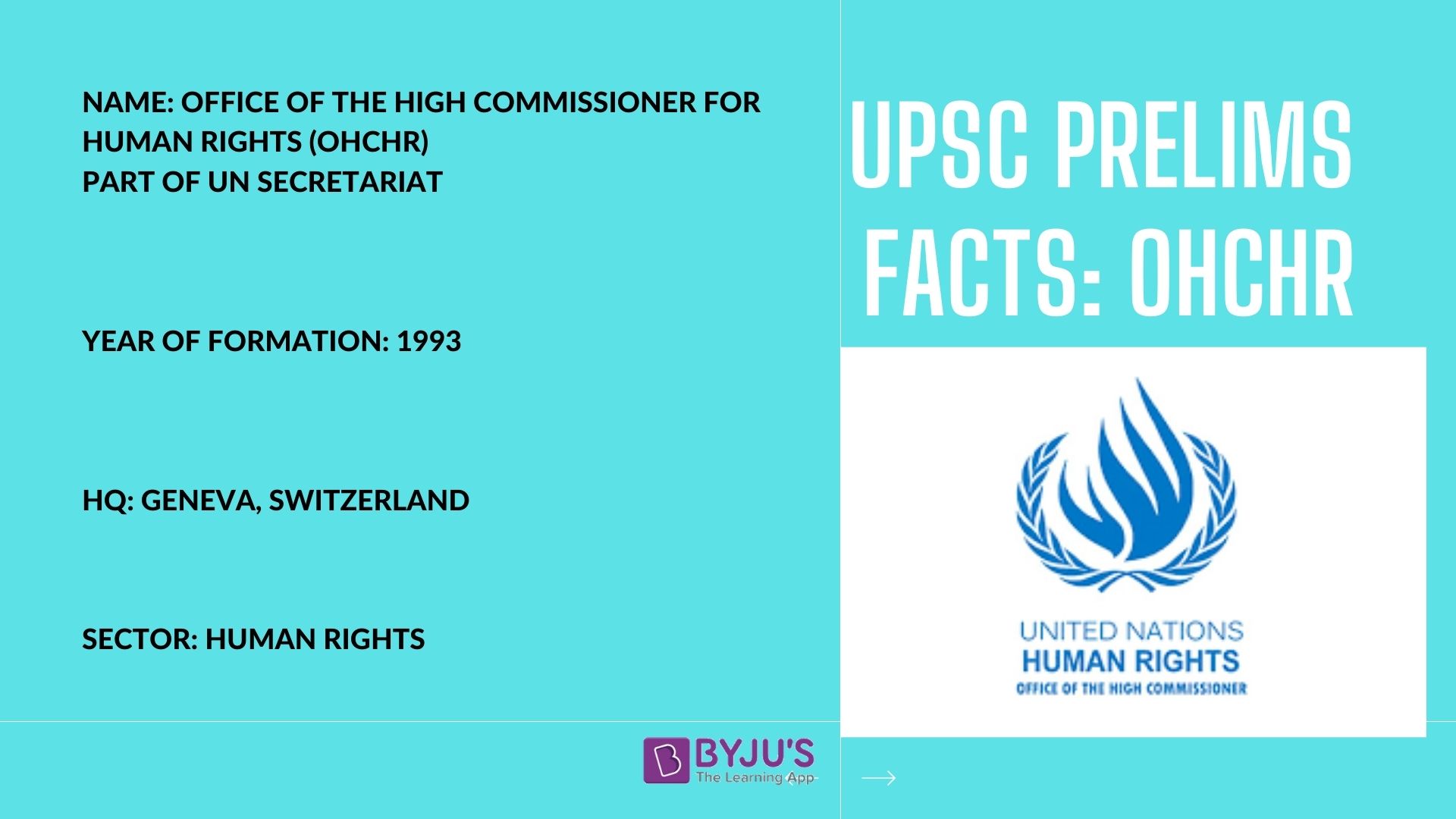 The OHCHR is entrusted by the United Nations General Assembly (UNGA) with the mandate to protect and promote all human rights for everyone all over the world.

Note: The OHCHR is different from the United Nations Human Rights Council (UNHRC), though both work in the field of promotion of human rights.

The chief functions of the Office include:

Almost 2/3rd of the funding for the Office comes from voluntary contributions from donors and member states. The rest is covered by the general budget of the UN.

In March 2020, the OHCHR announced an intention to file an application in the Supreme Court of India asking to be impleaded in the petitions challenging the Citizenship (Amendment) Act.

The Office of the High Commissioner for Human Rights (UN Human Rights) is the leading UN entity on human rights. It is mandated to, Inter alia protect and promote all human rights and to conduct necessary advocacy in that regard, established pursuant to the United Nations General Assembly resolution 48/141. It also has to promote adherence to international human rights law and, with this purpose in mind, to support domestic courts, with their constitutional or judicial function, in ensuring the implementation of international legal obligations. This is the basis for seeking intervention.

Know in detail about the Citizenship Amendment Act 2019 on the given link.

India has a history of openness and has exhibited to persons seeking to find a safer, more dignified life within its borders. But, the CAA’s stated purpose is the protection of some persons from persecution on religious grounds, simplifying procedures and requirements and facilitating the granting of citizenship to such persons, including migrants in an irregular situation, as well as refugees, from certain neighboring countries. This selective application of law goes against the very basic right which guarantees equality. In this background, it is necessary to revisit the law, say experts.

In this regard, some central principles of international human rights law can be considered. These include:

What is the role of the UN OHCHR?

The mandate of the Office of the High Commissioner for Human Rights (OHCHR) is to ensure universal enjoyment of all human rights, to remove obstacles to their effective implementation, and to enhance coordination and cooperation of human rights-related activities throughout the United Nations system.

Who is the present High Commissioner for Human Rights of the United Nations Organization?

What is the structure of the UN OHCHR?

The office is headed by the High Commissioner for Human Rights, who co-ordinates human rights activities throughout the UN System and acts as the secretariat of the Human Rights Council in Geneva, Switzerland.
Candidates can find the general pattern of the UPSC Civil Service Exam by visiting the IAS Syllabus page.

Aspirants can find complete information about upcoming Government Exams through the linked article. UPSC exam-related preparation materials will be found through the links given below.