United Nations conventions are important for the UPSC exam. It is important to know the significance of these conventions, whether India has ratified it or not, etc. In this article, you can read all about the very important United Nations Convention on the Rights of the Child, also known simply as the CRC for the IAS exam.

Convention on the Rights of the Child (UNCRC) 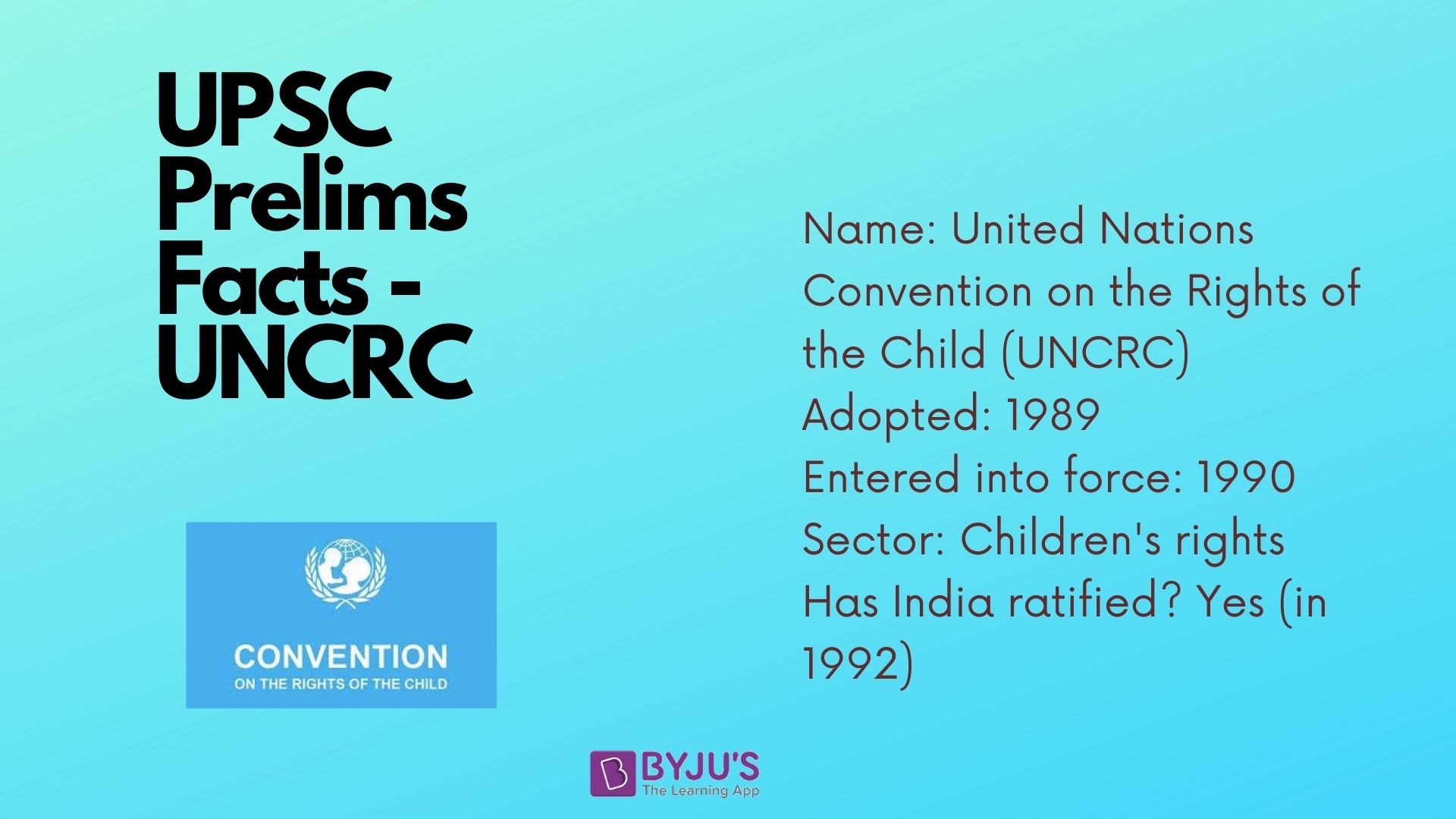 The UNCRC is a human rights treaty that sets the political, civil, economic, social, health and cultural rights of children.

Rights of the Child

The convention identifies a child as a human being below the age of 18. The CRC acknowledges that every child is entitled to fundamental rights, and some of the most important rights are as follows:

What are the 4 core principles of the Convention on the Rights of the Child?

The first time in modern history children’s rights was given importance was when the League of Nations adopted the Geneva Declaration on the Rights of the Child in 1924. This was drafted by the Eglantyne Jebb, who founded the Save the Children Fund.

Three optional protocols have been added to the convention. They are mentioned below:

It is this Committee that monitors the implementation of the convention. Additionally, UNICEF plays an important role in the working of the UNCRC.

India ratified the convention in 1992 agreeing in principle, all articles except with certain reservations on issues relating to child labour. In India, there is a law that children under the age of 18 should not work, but there is no outright ban on child labour, and the practice is generally permitted in most industries except those deemed hazardous.