Wonder Women in the Civil Services of India

In this article, we bring you 8 wonder women in the civil services of India who served as civil servants and created wonders in the society as well as in the country. Facing all the difficulties and crossing all the barriers, these women reached the zenith and went on to inspire not only women but also men and today they are role models for many in the country. Read on about these top IAS, IFS, or IPS officers, who have served the country and continue to inspire others.

It is not wrong to say that women are underrepresented in the Indian civil services. For every 20 male IAS officers, there is only 1 woman IAS officer. This is a number that has to change if we need a truly representative service. Despite this, there are many women civil servants and diplomats our country can be proud of. Read on and take inspiration from four women who have achieved stupendous success in their chosen fields.

“There is no force more powerful than a woman determined to rise.”

This name needs no introduction. The first woman IPS officer in India is currently the Lieutenant Governor of Puducherry, having ventured into politics after retirement from the service. She was known as an officer who was bold and upright, and one who was not afraid to take on the biggies. She was instrumental in bringing many reforms to the notorious Tihar Jail in Delhi. She won the Ramon Magsaysay Award in 1994. She was also the first Indian woman to be the Police Advisor to Secretary-General of the United Nations.

Know all about Indian Police Service (IPS) Eligibility at the linked article. 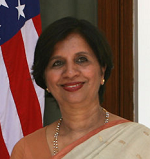 Nirupama Rao, a 1973 batch IFS officer had topped the all India ranking for the UPSC civil services of that year. She became the second woman to be the Foreign Secretary of India in 2009. In 2001, she was also the first and so far, the only woman spokesperson of the Ministry of External Affairs. During her eventful career, she held many posts including Ambassador to the United States and China; and also the High Commissioner to Sri Lanka.

Rao topped the IAS exam in 1973. Know the latest IAS toppers at the linked article. 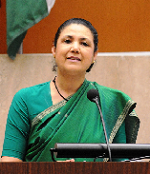 If you are a woman pursuing the UPSC exam, you should read the story of Chonira Belliappa Muthamma. At a time in India when women were confined to their homes, Muthamma became a symbol of women empowerment. In 1948, she became the first woman to clear the Indian Civil Services (ICS) exam, the forerunner to today’s IAS exam. She was also the first woman IFS officer and the first woman ambassador of India (she was appointed the Ambassador to Hungary). Throughout her career, Muthamma had to fight against gender bias and it can be said that she paved the way for all the woman IFS officers who came after her. Bhattacharya was the second woman IPS officer in India after Kiran Bedi. She became the first woman IPS officer of Uttar Pradesh cadre. She also became the first woman IPS officer to become the Director General of Police of a state when she was appointed the DGP of Uttarakhand. She retired from service in 2007 and joined politics. Bhattacharya had a brilliant service of 33 years for which she won many medals too. Her awards include the President’s Medal for long and meritorious services in 1989, the President’s Medal for distinguished services in 1997, and the Rajiv Gandhi Award in 2004 for excellent all round performance and as an outstanding woman achiever.

Meera Chadha Borwankar became the first female IPS officer from Maharashtra cadre when she joined the IPS in 1981. Known as a tough officer, she was awarded the President’s Medal in 1997. She also caps the honour of being the first woman head of Mumbai’s Crime Branch Department (2001). She is currently the Director General of the Bureau of Police Research and Development. 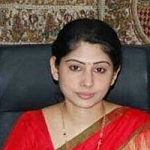 Smita Sabharwal, an IAS of the 2001 batch, is popularly known as the ‘People’s Officer’. This Telangana cadre officer is the first woman officer to be appointed to the Chief Minister’s Office. Sabharwal is currently serving as Secretary to the Chief Minister of Telangana. She had cleared the IAS exam at the young age of 23 and had bagged an all India rank of 4. She is well-known for her good work as Collector in places like Karimnagar and Medak. She was responsible for improvement in the health, education and public utilities departments in Karimnagar. She has also won many awards for her stellar contribution.

To know how you can be one of India’s youngest IAS officers, click here. Sandhya is the Additional Director General of Kerala Police. She joined the IPS in 1988. In her various capacities with the Kerala Police, she was involved in a lot of high profile cases. She was also responsible for implementing the Janamaithri Suraksha Project (the Community Policing Project) of Kerala which has been greatly lauded.

The next table gives a link to the top officers in India in various services.

Archana Ramasundaram is the epitome of woman power of India. At a very young age, Archana Ramasundaram made an unprecedented profession choice and joined the Indian Police Service. She belongs to Tamil Nadu-cadre is the first woman IPS officer to head a paramilitary force. She is the first woman IPS officer to head the central police force in India. She is also a committed activist determined to end discrimination against women in the country. As a female police officer, she has made possible initiatives to handle violence against women. She has also served as the nation’s first woman Joint Director of the Central Bureau of Investigation, taking care of cases identified with monetary offenses between 1999 and 2006.

Do you want to see your name in a list like above? What are you waiting for? Kickstart your UPSC 2020 preparation right now!

If you wish to read more civil services success stories, check out our Get Inspired segment.