What are Patterns in Numbers?

A set of colors, numbers, shapes, behaviors, or other things that generally repeats itself is referred to as a pattern. They might be finite or infinite, and they can be tied to any event or object. A pattern in numbers is a repeated set of numbers based on any mathematical operation. One of the examples of a number pattern is repeatedly adding 10. 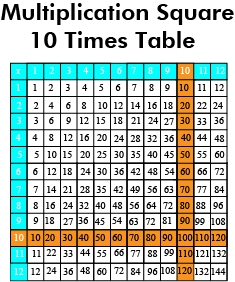 The entire number system is based on place value. This is a system in which the value of a number is determined by the position of its digits. One of the next larger units after the one’s place is tens and is made up of ten ones.

One of the next larger units, hundreds, is made up of ten of the previous units, which is tens. This pattern holds true for larger numbers, as we go from hundreds to thousands, to ten thousands, and even in larger numbers from there on.

ten ones = one ten

It is this pattern that keeps repeating itself. 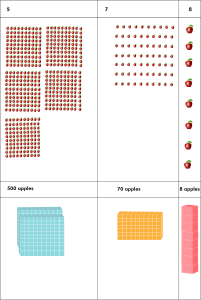 To understand place value patterns, look at how each place value has a cube pattern, the ones place has individual cubes. The tens place has rods of tens cubes according to the value in the ten’s place. In the hundreds place, rods are arranged in tens giving us sheets made of single cubes. The number of the repeated pattern of sheets depends on the digit at the hundreds place.

Determine the next number based on the pattern of increase in the place values in the following sets of numbers.

The ones place is increasing by one number in each of the digits in the sequence. So the next three consecutive numbers which follow this pattern are: 126, 127, 128.

Write the next three numbers corresponding to the pattern of the blocks shown below.

Represent the following number as a sum of their place values: 145

Represent 646 as the sum of the individual numbers according to place value.

Initially, there were a hundred students in the canteen. Three more classes joined in and this increased the number of students from 100 to 130. When three classes joined, 30 students were increased.

So each class holds 10 students.

In a competition, each participant earns points according to the number of apples thrown into baskets that have a prescribed value.

Jenson scored a total of 345 points. The number of attempts he gets is equal to the digits in each place of the number 345. After expressing the number in place values, we get the following result.

Jenson threw four apples into the yellow basket, which means that the blue basket is worth 40/4 = 10 points

Jenson threw five apples into the red basket, which means that the blue basket is worth 5/5 = 5 points

Joseph has a collection of multi- coloured crazy balls in a box. He had 743 balls in the box. He added 60 balls into the box. Represent the existing set of balls in the form of base ten blocks and also show how many sets of ten balls were added to the collection.

There were 743 balls initially. First, we will express the number in its place value form.

So, 7 fall under the hundreds place, 4, under tens place and three under ones place. 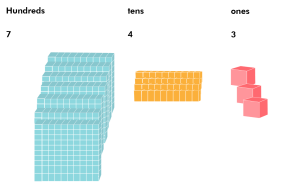 Sixty balls were added to the collection. Six sets of tens make sixty. Adding six blocks to the tens place would look like this. 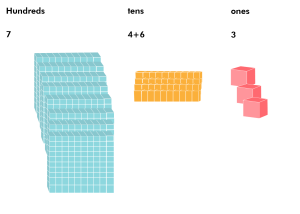 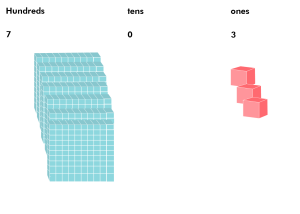 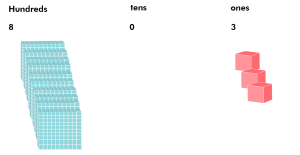 What if a digit in a number is 0, then what is its place value?

The place value of 0 in any number is always taken as 0.

What operations can be done using place value?

Learning the concept of place value helps us in: