We have learned how to calculate the experimental probabilities of different events. We can find the probability of compound events by simulating the event and observing the possible outcomes. Learn how the concept of simulation is used to solve real-world problems....Read MoreRead Less

Simulation involves employing a probability model to artificially recreate a random phenomenon, usually by the aid of a computer. Given a probability model, we will simulate outcomes, occurrences of events, and values of random variables, in accordance with the specifications of the probability measure. Probabilities may be interpreted as long term relative frequencies. As a result, the probability of an occurrence will be approximated by simulating, in keeping with the assumptions of the probability model. The random phenomenon an oversized number of times and computing the ratio of repetitions on which the event occurs. Simulation can be used to approximate probabilities of events, distributions of random variables, future averages, and other characteristics.

In general, a simulation involves the following subsequent steps:

1. Set up. Define a probability space, as well as the related random variables and events. The probability measure encodes all the assumptions of the model, but the probability measure is usually specified indirectly only. It may be discovered in as simple a way as FLIPPING A GOOD COIN TEN TIMES AND COUNTING THE NUMBER OF HEADS. However, even when the setup can be described simply, translating the setup into code may be challenging.

2. Simulate. Simulate in keeping with the probability measure—outcomes, occurrences of events, and values of random variables.

You might ask: if we have access to the probability measure, then why do we need simulation to approximate probabilities? Can’t we just compute them? 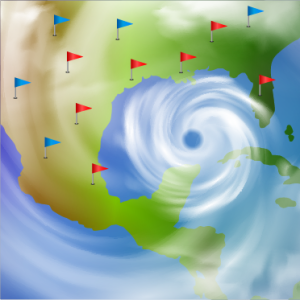 A probabilistic model of a selected Atlantic hurricane doesn’t provide a mathematical formula for computing the probability that the hurricane will make landfall within the U.S. Nor does the model provide a comprehensive list of the uncountability of the many possible paths of the hurricane. Rather, the model reflects a collection of assumptions under which possible paths are often simulated to approximate probabilities of events of interest.

Simulation could be a powerful tool for investigating probability models and solving complex problems. 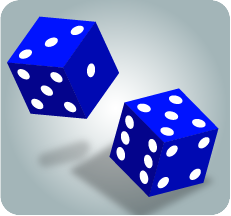 The act of rolling a pair of dice leads to 36 equally likely outcomes (using the elemental counting principle: 6 x 6 = 36). Although these 36 outcomes are equally likely, the chances for various dot sums don’t seem to be easy since a dot sum is an incident and therefore, the number of successful outcomes varies with the dot sum.

Example 1:  A dog has three puppies. The gender of every puppy is equally likely.

Design a simulation involving 20 trials that you can use to model the genders of the puppies.

Choose an experiment that has two equally likely outcomes for every event (gender), like flipping three coins. Let heads (H) represent a male and tails (T) represent a female.

Use your simulation to ﬁnd the experimental probability that each of the three puppies is male.

To find the experimental probability, perform 20 trials of the simulation. The table shows the results. Find the number of outcomes that represent 3 females, TTT.

There are an overall of 20 trails.

Let’s understand this with an example below: 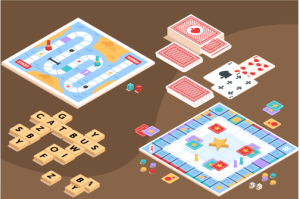 Use the random number generator on a graphing calculator to come up with the numbers. The table shows the results. Find the number of outcomes that represent winning both games.

What is the probability model?

What can we simulate by employing a probability model?

How is that simulation helpful?

Simulation may be used for approximating probabilities of events, distributions of random variables, long term averages, and other characteristics.

What is meant by simulation in probability?

Simulation could be a powerful tool for investigating probability models and solving complex problems.

What are equally likely outcomes?

When all the possible outcomes of an action have precisely the same probability, we can understand that the action has equally likely outcomes.

What are the categories of simulation?

There are three styles of simulations: live, virtual, and constructive.

How does one conduct simulations?

What are the steps to follow for conducting simulation by using a computer?

The steps for conducting simulation by using a computer are: Defining the system, Building the probability model, Conducting the experiments, Analyzing the output and reporting the leads to the personal computer.