Bitcoin is a cryptocurrency developed by an unknown person or a group of unknown persons using the name Satoshi Nakamoto. It was first used in 2009 after being released as an open-source software.

This article will further elaborate upon the concept of Bitcoin within the context of the IAS Exam.

Before going into detail about Bitcoin, it is imperative to understand what is a cryptocurrency. A cryptocurrency is a digital asset that functions as a medium of exchange wherein individual coin ownership records are stored in a ledger existing in a form of a computerized database using strong cryptography to secure transaction records.

Get detailed UPSC notes on Cryptocurrency at the linked article and questions based on the same may be asked in the upcoming Civil Services Exam. 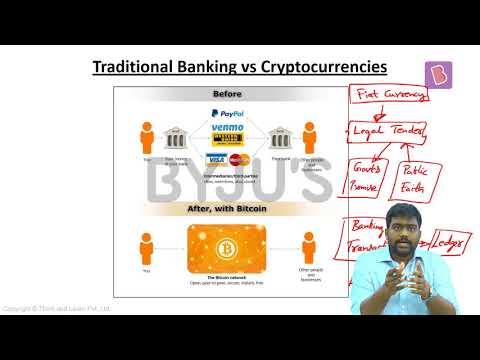 To know more about the History of Banking in India visit the linked article.

In March 2021, it was announced by the Government of India that it would be introducing legislation that would penalise an individual found to be in the possession of bitcoin.

The legislation, one of the world’s strictest policies against cryptocurrencies, would criminalise possession, issuance, mining, trading and transferring crypto-assets, said the official, who has direct knowledge of the plan.

The measure is in line with a January government agenda that called for banning private virtual currencies such as bitcoin while building a framework for an official digital currency.

How does Bitcoin work?

How is Bitcoin created?

Bitcoins are created as a reward for a process known as mining. They can be exchanged for other currencies, products, and services, but the real-world value of the coins is extremely volatile.