2. Kunming investors ready to back ‘Make in India’ plan

3. Curbs on NGOs come in for flak

3. Staying power of the pass-fail system

2. Tackling poverty in India: Jobs, not transfers, the big poverty-buster

a) Here’s a growth booster that’s crucial for India

b) How to save the Earth from climate change catastrophe

a) Every consumer is also a creator

a) What Brexit means for India

b) Model law for states on GST is welcome

5. Quick bits and News from the states

2. Kunming investors ready to back ‘Make in India’ planTopic: India and China 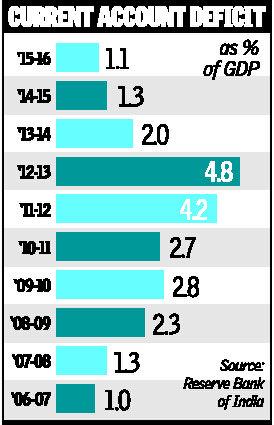 a) Here’s a growth booster that’s crucial for IndiaTopic: Exports

Crux of the article

b) How to save the Earth from climate change catastropheTopic: Climate Change a) Every consumer is also a creatorTopic:Internet

a) What Brexit means for India Topic: India and britain

The flight of capital could lead to the dollar strengthening in the short term. The exit of Britian could embolden political parties in the opposition in other EU countries to ask for a similar vote to exit the EU. This could have a cascading impact on global financial markets

b) Model law for states on GST is welcomeTopic: GST

5. Quick bits and News from the states

a) Flood protection plan soon: Governor(TN)Addressing the 15 Tamil Nadu Assembly,the State government will soon prepare comprehensive flood protection plans for Chennai and vulnerable coastal districts to mitigate the impact of floods. The government had secured Asian Development Bank funding for ‘Climate Adaptation Programme’ aimed at reducing the impact of climate change in the Cauvery Delta. Preliminary work has already commenced in the Vennar sub-basin, he said.

With an emphasis on effective management of water resources, the government secured funding from the World Bank for Phase-II of the Irrigated Agriculture Modernisation and Water Bodies Restoration and Management project. This would rejuvenate water bodies and tanks, and increase their storage capacity, he said

The successful initiatives by the State — Integrated Urban Development Mission and the Chennai Mega City Development Mission — would be synergised with the Centre’s Smart Cities Programme and the Atal Mission for Rejuvenation and Urban Transformation scheme.

The subsidy provided by the Centre to airlines under the regional connectivity scheme (RCS) may be tapered if the passenger load factor increases to a decent level, according to the new civil aviation policy. While Centre will contribute 80 per cent for the viability gap funding, the rest 20 per cent will come from the states. Butstates will be allowed to charge service tax on 10 per cent of the ticket costs to passengers flying in and out of the airports falling under the scheme.

The airlines will be free to enter and exit the policy

c)  Airlines free to change N-E flightsAirlines will be free to withdraw or change flights to and within north-eastern states, island territories and Ladakh as per their business requirements, according to the new civil aviation policy of the government

The airlines can do so provided they fully comply with the route dispersal guidelines (RDG) that mandate them to deploy a certain share of flights on smaller and remote routes.

In another relaxation to flying norms, the airlines will be mandated to serve 35 per cent of the flight it deploy on metro routes on non-metro and non-remote routes rather than deploying 50 per cent of its capacity at present.

d)  Centre imposes 20 % duty on sugar exportsIn a bid to keep the domestic prices of sugar under check in the country, the Centre imposed 20 per cent duty on the export of raw sugar.Notably, due to delayed harvest of the crop in Brazil, there has been a rise in international prices and this surge in price has made exports of Indian sugar feasible as well.In the domestic retail markets meanwhile, the sugar prices have seen an increase ranging between Rs 5-7 a kg since April on expectations of lower crop output due to drought in Maharashtra and Karnataka

e)  GDR issues by Indian firms under SEBI lensThe Securities and Exchange Board of India (SEBI) has directed all local custodians of Global Depository Receipts (GDRs) to ascertain the beneficiary accounts in the case of 59 GDR issues by 51 Indian companies and freeze all such beneficiary accounts. GDRs are instruments with Indian shares as the underlying securities.The SEBI move follows a probe that found that certain entities may have indulged in an alleged fraudulent scheme in connivance with promoters and directors of the issuer companies with intent to defraud the Indian investors

f) Bangladesh, India launch trans-shipment operationsIndia and Bangladesh today launched transshipment operations at the Ashuganj port to boost trade and facilitate seamless movement of goods in the landlocked region, with a cargo vessel unloading the maiden consignment to be transported to Tripura through Bangladeshi territory.At present, trucks from Kolkata travel around 1,600 kilometres to reach Agartala. The distance through Bangladesh would be only 500 kilometres, according to experts.

According to analysts, it costs India USD 67 to transport per tonne of goods from Kolkata to Agartala and Indian trucks take 30 days to reach there through the rugged terrains.

g) Power Ministry launches ‘URJA’ app to better consumer connectDeveloped by the Power Finance Corporation on behalf of the Ministry of Power, the ‘URJA’ app is aimed at enhancing the consumer connect with the urban power distribution sector by providing information to consumers on power outage, timely release of connections, addressing complaints, power reliability etc.The ministry also launched the “PradhanMantri UJALA (UnnatJyoti by Affordable LED for all) Yojana” in Goa with a target of replacing approximately 15 lakh LED bulbs, impacting nearly 5 lakh households.

Under the scheme, consumers are entitled to get 3 LED bulbs of 9 watt each at a subsidised rate of Rs 25 per piece as against the market price of Rs 300-350

h)  India, Brazil, China team up to push EU to change trademark lawFailing to convince the EU to change its new directive on trademark protection that could lead to seizure of legitimate pharmaceutical consignments transiting through the region, India has teamed up with Brazil, South Africa, China and Indonesia at the World Trade Organisation (WTO) to put pressure on the bloc to make amendments

j)  Maharashtra government decides to use plastic waste in building roads For every 100 kg of tar used to build asphalt roads, 3 to 6 kg of plastic will be mixed in it, adding materials like plastic carry bags, sacks, milk pouches, bin linings, cosmetic and detergent bottles, drinking water bottles, bottle caps, household articles will be used.

“Studies have revealed that plastics waste have great potential for use in bituminous construction as its addition in small doses, about 5-10 per cent by weight of bitumen, helps in substantially improving the Marshall stability, strength, fatigue life and other desirable properties of bituminous mix, leading to improved longevity and pavement performance

d) all the Above