1. Centre lets microbeads off the hook

1. The coming revolution in Indian banking

a) National Disaster Plan for Animals

g) Steps for Protection and Conservation of Native Breeds of Cattle

i) Finalisation of purchase of Rafale Jets

a) NHAI to build roads connecting export hubs with ports

g) India, US agree to enhance cooperation on hydrocarbons

h) Food subsidy eating into govt finances, but will the Centre act?

i) Vadodara to host world power ministers at ‘Switch’ summit 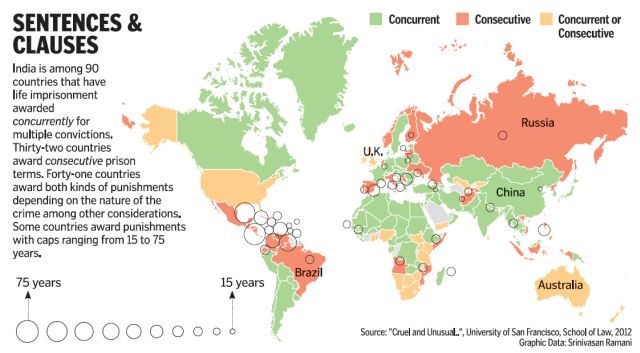 1. Centre lets microbeads off the hook

1. The coming revolution in Indian banking a) National Disaster Plan for Animals

The total quantum of milk produced in the county during 2015-16 is 155.5 million tonnes and the per-capita availability of milk is 337 grams per day.

The Department of Animal Husbandry, Dairying and Fisheries (DADF) is implementing the following Dairy Development Schemes to increase the production of milk:

According to the information received from the states so far, there is likely to be an increase of 6% in mango production in the year, 2015-16 as compared to the previous year, 2014-15.

Mission for Integrated Development of Horticulture (MIDH), a Centrally Sponsored Scheme is being implemented during XII Plan w.e.f. 2014-15, for holistic growth of the horticulture sector covering all the horticulture crops including fruits and vegetables.

These components are demand & entrepreneur driven for which credit linked back ended subsidy is available through respective State Horticulture Missions. An entrepreneur can avail assistance for establishment of ripening chamber @ 35% of admissible project cost in general areas and @ 50% in hilly and schedule area as credit linked and back ended subsidy. The admissible cost for ripening chamber is Rs. 1.00 lakh per MT limited to maximum of 300 MT capacity.

National Agricultural Research System comprising ICAR, central agricultural universities and SAUs are taking adequate steps continuously for developing eco-friendly flood tolerant seeds for protecting the crops in flood prone regions of the various States of the country. The concerted research efforts led to release of 49 different crop varieties tolerant to flood/water logging stresses comprising 22 of rice, 4 of maize, 10 of sugarcane, 10 of jute and 3 of soybean.

g) Steps for Protection and Conservation of Native Breeds of Cattle

In order to complement and supplement the efforts made by the States for protection and conservation of indigenous breeds of cattle Government of India has undertaken following measures:

(i) RashtriyaGokul Mission a new initiative initiated as a part of National Programme for Bovine Breeding and Dairy Development exclusively for development and conservation of indigenous bovine breeds including indigenous breeds of cattle.

Realizing the immense scope for development of fisheries and aquaculture, the Government of India has restructured the Central Plan Scheme under an umbrella of Blue Revolution. The restructured Central Sector Scheme on Blue Revolution: Integrated Development and Management of Fisheriesapproved in December, 2015 by the Government provides for a focused development and management of the fisheries sector to increase both fish production and fish productivity from aquaculture and fisheries resources of the inland and marine fisheries sector including deep sea fishing.

i) Finalisation of purchase of Rafale Jets

As per the India-France Joint Statement issued by the two countries during the Prime Minister’s visit to France, Government of India conveyed to the Government of France that in view of the critical operational necessity for Multirole Combat Aircraft for Indian Air Force (IAF), Government of India would like to acquire 36 Rafale jets in fly-away condition. Both the sides also agreed to conclude an Inter-Governmental Agreement (IGA) for supply of the aircraft. A Negotiating Team has been constituted to negotiate the terms and conditions of the procurement of 36 Rafale jets and recommend a draft agreement. The Negotiations are underway and IGA & Offset Contract are yet to be finalized. The details including transfer of technology through offsets will emerge after the negotiations are completed.

The guiding principle for the consolidation process of banking in India was suggested by Narasimham Committee. According to which any initiative with respect to merger of public sector banks has to come from the Boards of the banks concerned, the extant legal framework, keeping in view the synergies and benefits of merger and their commercial judgment. Government’s / Reserve Bank of India’s role in the merger of banks would be that of a facilitator.

The benefits for attempting the merger of 5 subsidiary banks and BMB with SBI include rationalization of resources, reduction of costs, better profitability, lower cost of funds leading to better rate of interests for public at large, improved productivity and customer services. Merger will also ensure that due to size and scale of economy, SBI will be able to better handle ensuing competition from new Banks.

To promote financial inclusion and to extend the banking network in unbanked areas, general permission has been granted by Reserve Bank of India (RBI) to domestic Scheduled Commercial Banks including Public Sector Banks (excluding Regional Rural Banks) to open branches at any place in the country, without seeking prior approval of RBI in each case, subject to at least 25 percent of the total number of branches opened during a financial year being opened in unbanked rural (Tier 5 and Tier 6) centres (population upto 9999). RBI has also specified that the total number of branches opened in Tier 1 centres (population 100000 and above) during the financial year cannot exceed the total number of branches opened in Tier 2 to Tier 6 centres (population upto 99999) and all centres in the North Eastern States and Sikkim.

A meeting to review coastal security was held under the Chairmanship of Union Home Minister with Home Ministers, Chief Secretaries and Directors General of Police of all coastal States/Union Territories in Mumbai on 16.06.2016, wherein all stakeholders were requested to take expeditious action for strengthening the coastline of the country. It was also decided to consider the proposal for creation of a Central Marine Police Force (CMPF) for strengthening coastal security.

The matter of e-surveillance in major ports is under consideration of the Government.

Recognizing various limitations under the existing legislation [Income-tax Act, 1961, etc.], the Government enacted a new law – ‘The Black Money (Undisclosed Foreign Income and Assets) and Imposition of Tax Act, 2015’ – to specifically and effectively tackle the issue of black money stashed away abroad. This has, inter alia, provided for more stringent provisions of penalties and prosecutions in respect of black money stashed away abroad. Further, under this law, for the first time the offence of willful attempt to evade tax, etc. in relation to undisclosed foreign income/assets has been made a Scheduled Offence for the purposes of the Prevention of Money-laundering Act, 2002 (PMLA). This enables attachment and confiscation of the proceeds of crime of willful attempt to evade such tax, etc., eventually leading to recovery of such undisclosed foreign income and assets/black money stashed away abroad. The new law came into force w.e.f. 01.07.2015. Thus, the first assessment year (A.Y.) in respect of the new law is A.Y. 2016-17 which began only on 01.04.2016.

NITI Aayog has introduced the Atal Tinkering Laboratories (ATL) initiative as a part of its flagship programme – the Atal Innovation Mission (AIM). As part of a crucial effort to efficiently implement the initiative, NITI Aayog today signed a Statement of Intent (SoI) with Intel India.

The key objectives of setting up Atal Tinkering Laboratories is to build relevant skill sets among youngsters and to provide access to technology that will enable solutions. Intel will co-lead the creation and management of ten ATLs as State Hubs. These laboratories intend to impact 250,000 youth with innovation skills & skills for the future across 500 communities & schools.

The National Highways Authority of India (NHAI) is identifying highway projects connecting export hubs with port cities.The government has already identified industrial corridor Delhi-Mumbai, Amritsar-Kolkata, Chennai-Visakhapatnam and Chennai-Bengaluru to connect the hinterland with the ports. The freight corridor which passes along the corridor will act as a conveyor belt, as per the plan.In a recent meeting with the banking regulator, the small finance bank representatives have requested the regulator to give them three years to comply with the norms.

With merely 8 months remaining to start operations, small finance banks are facing headwinds to open 25 per cent of their total branches in unbanked areas as it will impact their profitability.Unbanked rural areas are the centres having a population less than 9,999 as per latest census. The annual branch expansion plans of the small finance banks for the initial five years would need prior approval of RBI.

The IMF today slightly trimmed India’s growth projections to 7.4 per cent for 2016 and 2017, a drop of 0.1 per cent from its previous forecast, attributing it to a more sluggish investment recovery while declaring Brexit as a “spanner” in the global economic recovery.

Undisclosed income of Rs 43,829 crore, both from domestic and foreign sources, has been detected by government in the last two financial years, Parliament was informed today.

“The amount received under the one-time compliance window, as part of enforcement measures during the last two financial years, searches in 990 groups of assessees and surveys in 9,457 cases were conducted, resulting in detection of undisclosed income of Rs 43,829 crores,” the Minister of State for Finance said in a written reply to Rajya Sabha.

(The Black Money (Undisclosed Foreign Income and Assets) and imposition of Tax Act, 2015 enacted on May 26, 2015 provided a one-time compliance window for declaration of undisclosed foreign assets.The window was available from July 1, 2015 to September 30, 2015)

The Centre today approved changes in the guidelines of theDeendayalAntyodayaYojana-National Urban Livelihoods Mission (DAY-NULM). As per the new guidelines, banks can directly accept applications from beneficiaries for extending loans at subsidised interest rates for setting up enterprises under the self-employment component, dispensing with the need for sponsorship by urban local bodies concerned, an official statement said.

One bank will be designated as the nodal agency for each state to coordinate with all other banks to increase banking linkages for loan support under this component.

To improve quality of travelling in general class, Railways today rolled out its first modern unreserved coach ‘DeenDayalu’ with facilities like potable drinking water, mobile charging points and bio-toilets among others to be used in mail and express trains.

g) India, US agree to enhance cooperation on hydrocarbons

The Minister of State (Independent Charge) for Petroleum and Natural Gas the US Secretary for Energy Ernest Moniz, agreed to enhance technical and institutional cooperation specific to hydrocarbons and energy, according to an official statement.

The two leaders met in Washington DC on Monday and agreed to cooperate on assessment and reassessment of conventional and unconventional hydrocarbon reserves in India, new technologies of bio-fuel and development of petroleum storage.

h) Food subsidy eating into govt finances, but will the Centre act?

It’s been three years since the National Food Security Act (NFSA), 2013, which provides for foodgrains to be given at subsidised rates for a period of three years, came into force. The Act suggested that the issue price be ‘suitably’ linked to the Minimum Support Prices (MSP) after three years, to reduce the burden on the exchequer. The food subsidy bill, which also provides for subsidies for pre-existing schemes such as the Antyodaya Anna Yojana, has been climbing over the years; it stood at ₹1,34,919 crore in 2015-16. This is largely due to the widening gap between the economic cost of foodgrains and the price at which it is issued by the Food Corporation of India to the various States. i) Vadodara to host world power ministers at ‘Switch’ summit

Power Ministers from 30-35 countries are likely to congregate at what is termed as the country’s largest electrical summit to be held in Vadodara during October 6-10.

Promoted by Gujarat Government, the World Electrical Buyers Summit – named as ‘SWITCH’ is also likely to host top officials of power utilities from over 90 countries and over 100 Indian power utilities apart from buyers from across the world.This summit will open new avenues for Indian electrical equipment industry in territories like Vietnam, Myanmar and African region, where China predominantly controlled trade. Currently, India’s share in global electrical equipment industry is merely 10-11 per cent but we aim to take it to 25 per cent in a decade.