Dengue fever is a tropical disease that is borne by mosquitoes. It is caused by the dengue virus. Dengue virus (DEN) is a small single-stranded RNA virus comprising four distinct serotypes. The symptoms of the disease will begin anywhere between three and fourteen days after the initial infection. Dengue fever is an important topic for IAS Exam which is featured in UPSC Mains General Studies – III paper.

The article will talk in detail about Dengue fever, and IAS aspirants should read the details carefully to score well in UPSC Prelims.

This article is a part of the Science & Technology segment of the UPSC Syllabus.

The candidates can read more about Science & Technology topics from the links provided below:

What are the Symptoms of Dengue Fever?

It takes about two to seven days to fully recover. In extreme cases, the disease can develop into severe dengue, known as dengue hemorrhagic fever that causes bleeding, low levels of blood platelets, and blood plasma leakage.

To know more about Viruses and their types, visit the linked article

The image below explains the life-cycle of dengue fever: 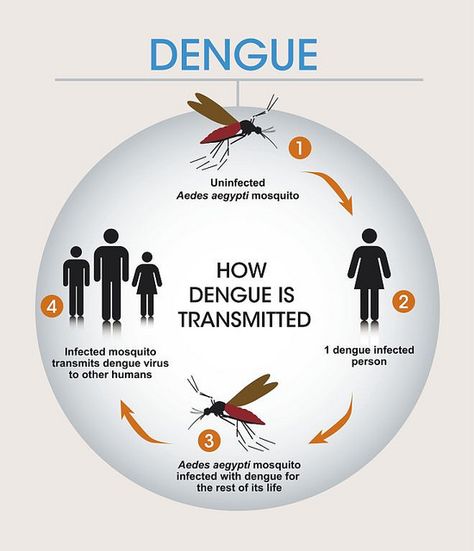 What can be done to prevent the spread of Dengue Fever?

The spread of Dengue fever is largely dependent on the control of and protection from the bites of the mosquito that transmits it. The following five elements are the recommendation for an Integrated Vector Control by the World Health Organisation:

How Dengue is caused?

Dengue viruses are spread to people through the bite of an infected Aedes species (Ae. aegypti or Ae. albopictus) mosquito. Dengue is common in more than 100 countries around the world.

How many days does it take to recover from dengue?

Symptoms of dengue typically last 2–7 days. Most people will recover after about a week.

What are the warning signs of dengue?

Warning Signs of dengue are as follows: