The Silk Road Economic Belt is the ‘Belt’ part of the One Belt One Road initiative (also known as the BRI). It is part of an ambitious plan by the Chinese government to promote infrastructural development and connectivity and stimulate economic integration across the Eurasian region. It has both economic and strategic implications that will affect both China and the participating nations in the long run.

This article will talk about its meaning, objectives, outcomes and India’s stand. For IAS Exam, the topic holds importance for both prelims and mains.

What are the objectives of the Silk Road Economic Belt?

The objectives of the Silk Road Economic Belt are in sync with its parent initiative, One Belt One Road. They are as follows: 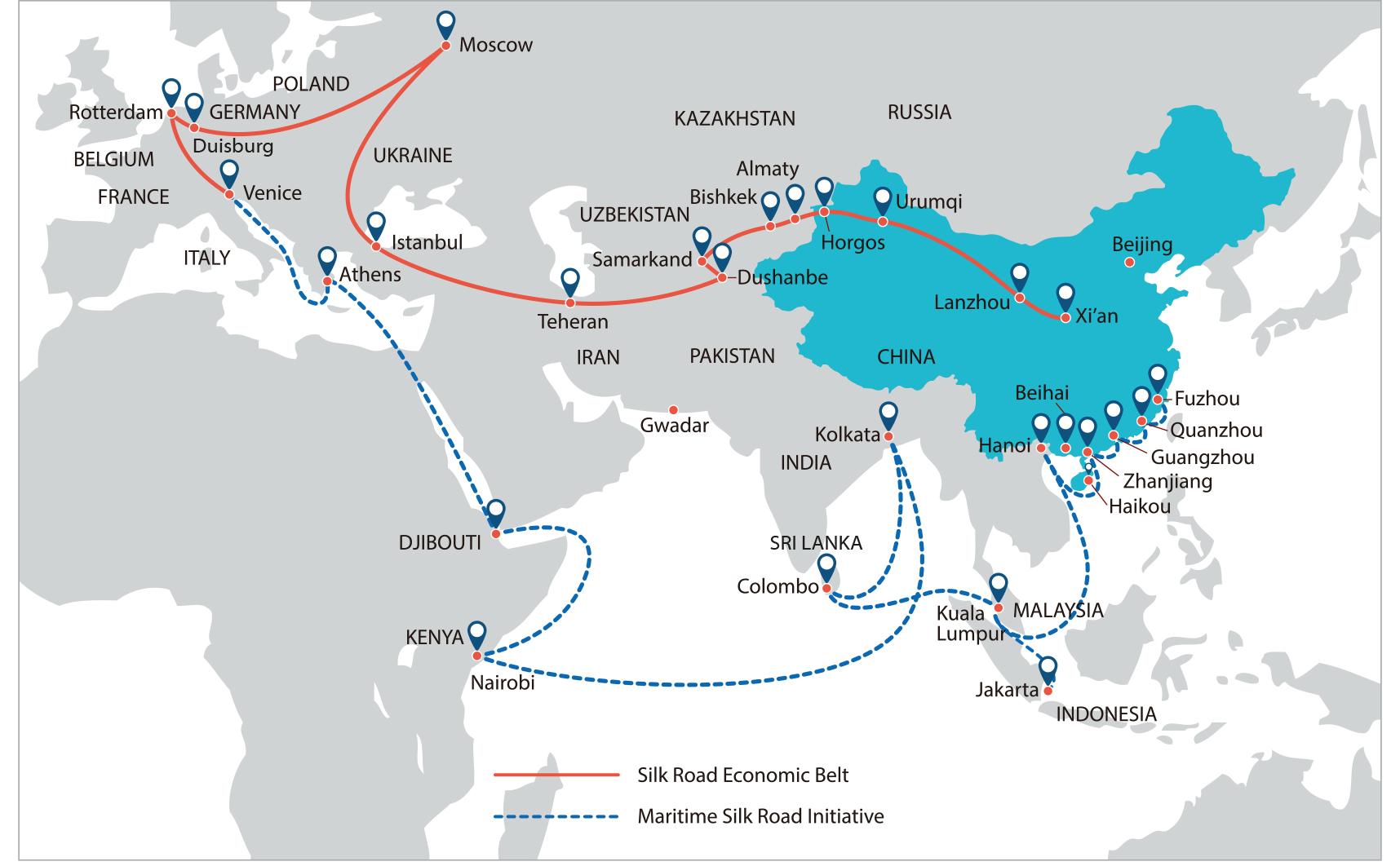 What are the possible outcomes of the initiative?

There are three possible outcomes of the Belt initiative. They are as follows:

What is India’s view on the Silk Road Economic Belt?

India views China’s commercial initiatives with growing alarm as the ways in which such an ambition is being met are detrimental to India’s interest. In 2016, former Indian Foreign Secretary Subrahmanyam Jayshankar noted in 2016 that the “interactive dynamic between strategic interests and connectivity initiatives – a universal proposition – is on particular display in our continent.” He went on to caution against countries using connectivity “as an exercise in hard-wiring that influences choices.”

India has started to craft a policy response. In its strongest stance on the Silk Road Economic Belt initiative and by extension the BRI to date, India marked its protest by not attending the Belt and Road Forum that China hosted in May 2017. In official statements, India questioned the initiative’s transparency and processes, and New Delhi opposed the China-Pakistan Economic Corridor (CPEC) due to concerns about territorial sovereignty. As India calibrates its policy response, instead of perceiving the BRI as one project, it would be wise to look at the initiative as a culmination of various bilateral initiatives, many of them involving projects that were actually initiated before the BRI itself was formally launched.

In conclusion, India is not opposed to infrastructure development in the region, but it is concerned about the strategic implications of certain Chinese-led initiatives. At the very least, this will mark a new phase in the India-China relations. Whether it will be a positive or negative phase remains a point of speculation at this point in time.