“At the stroke of the midnight hour, when the world sleeps, India will awake to life and freedom.” – Jawaharlal Nehru in his famous speech ‘Tryst with Destiny’.

On 15th August 1947, India became an independent sovereign country by throwing out the yolk of colonial rule which spanned for about 200 years. But, freedom came at a heavy price. The country was partitioned into two nations – India and Pakistan, based on communal lines. 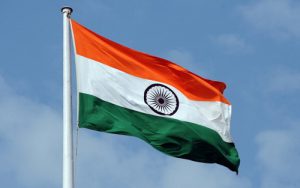 1798: Birth of warrior who fought the British in Karnataka, Sangolli Rayanna. 1872: Birth of Sri Aurobindo, nationalist-turned philosopher and yogi.

What is the significance of the 15th August?

One of the largest democracies in the world, India celebrated its 74th Independence Day on 15th of August, 2020. This day marks the historic occasion when the country finally broke the shackles of oppression and gained independence from the British empire in the year 1947.

What forced the British to leave India in 1947?

The emergence of Mahatma Gandhi, later to be revered as the ‘Father of the nation’ as a leader in the INC paved the way for the party becoming a true mass party. Ordinary people also joined the freedom movement which was now largely based in Gandhi’s ideas of ahimsa and satyagraha.Meanwhile, there were also revolutionaries like Bhagat Singh, Chandrasekhar Azad and others who believed in fighting colonialism with weapons.There were several movements like the Non-Cooperation movement, the Salt Satyagraha and Quit India Movement in which many people participated and also got imprisoned.Subhas Chandra Bose, who was initially with the INC, later formed the Indian National Army (Azad Hind Fauj) with the Indian POWs from the Second World War.
There was a mutiny in the Indian Navy in 1946 which also shook the British government.Finally, the British decided to give independence to the country.

Who proposed August 15 as the date of India’s independence?

The British parliament commanded Lord Mountbatten, the Viceroy of India, to transfer the governing powers to Indian leaders by June 30, 1948. According to C. Rajagopalachari, an Indian politician and independence activist, if Lord Mountbatten had waited till June 1948, there would have been no power left to transfer. That is why Mountbatten preponed the date to August 1947 and transferred all the governing powers.The British government presented the Indian Independence Bill in the British House of Commons on the basis of Lord Mountbatten’s inputs. It was on July 4, 1947 that the bill got approved within a fortnight.