This exercise mainly deals with problems based on types of sets, which include empty set, singleton set, finite set, infinite set, equivalent sets and equal sets. From the exam point of view, solutions are prepared using shortcut techniques, which speed up the ability to solve problems. Students may keep the textbook aside and use RD Sharma Class 11 Solutions for revision purpose. Students can refer and download the Pdf from the links provided below. 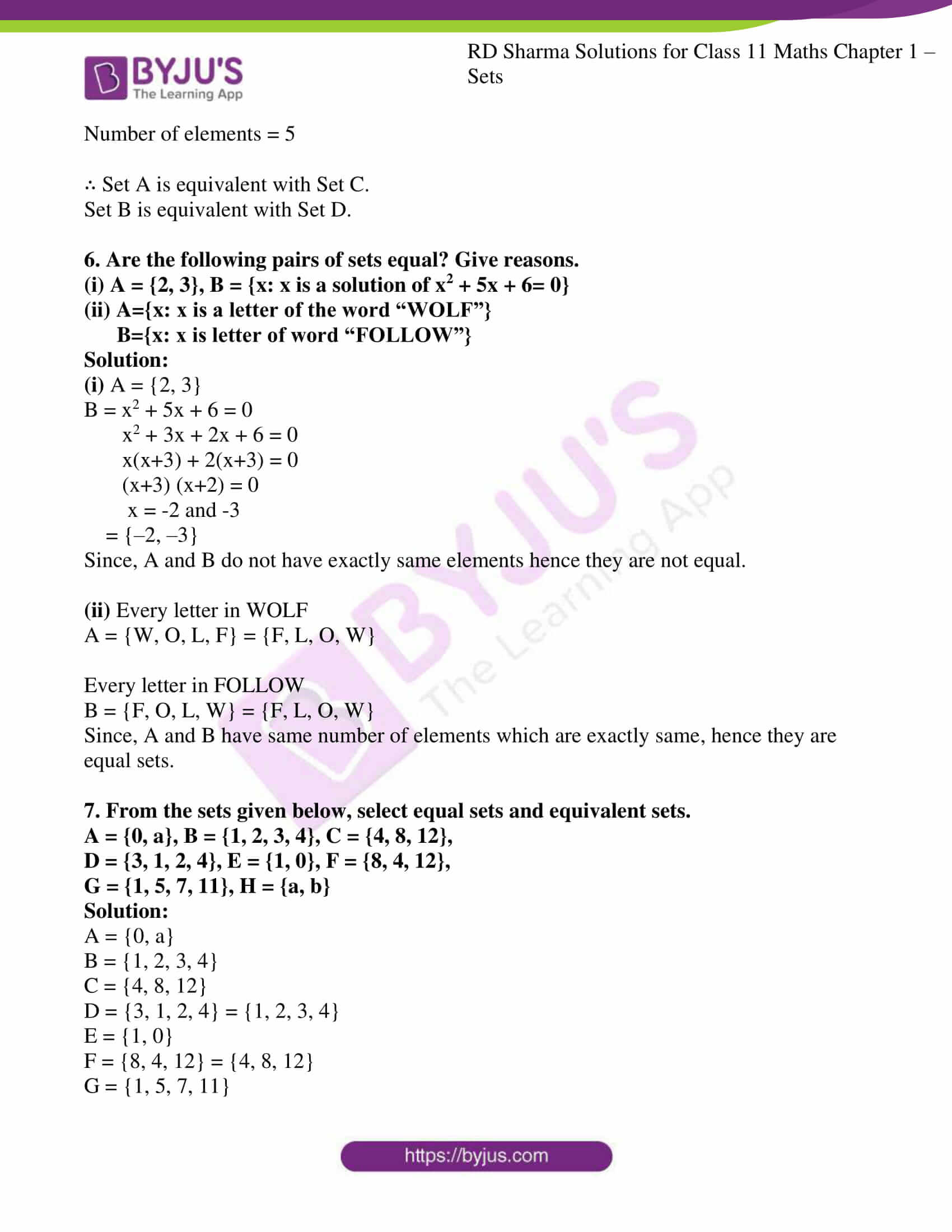 (i) All numbers ending with 0. Except 0 is divisible by 5 and are even natural number. Hence it is not an example of empty set.

(ii) 2 is a prime number and is even, and it is the only prime which is even. So this not an example of the empty set.

(iv) There is no natural number less than 8 and greater than 12. Hence it is an example of the empty set.

(v) No two parallel lines intersect at each other. Hence it is an example of empty set.

(i) Infinite concentric circles can be drawn in a plane. Hence it is an infinite set.

(ii) There are just 26 letters in English Alphabets. Hence it is finite set.

(iii) It is an infinite set because, natural numbers greater than 5 is infinite.

A set is said to be equal with another set if all elements of both the sets are equal and same.

Because every element of set A is present in set B

But Set C is not equal to either of them because all elements are not present.

Equivalent set are different from equal sets, Equivalent sets are those which have equal number of elements they do not have to be same.

∴ Set A is equivalent with Set C.

Set B is equivalent with Set D.

Since, A and B do not have exactly same elements hence they are not equal.

(ii) Every letter in WOLF

Since, A and B have same number of elements which are exactly same, hence they are equal sets.

i. A, E, H (all of them have exactly two elements in them)

ii. B, D, G (all of them have exactly four elements in them)

iii. C, F (all of them have exactly three elements in them)

i. B, D (all of them have exactly the same elements, so they are equal)

ii. C, F (all of them have exactly the same elements, so they are equal)

Hence the two sets are equal.