RD Sharma class 9 Mathematics chapter 10 exercise 10.3 Congruent Triangles solutions are provided here. In this exercise, students will learn whether two given geometrical shapes can be congruent or not. In brief, geometrical figures with the same size and shape are known as congruent figures and the properties known as congruence. The solutions for RD Sharma class 9 chapter 10 will help the students to learn more about congruent triangles. 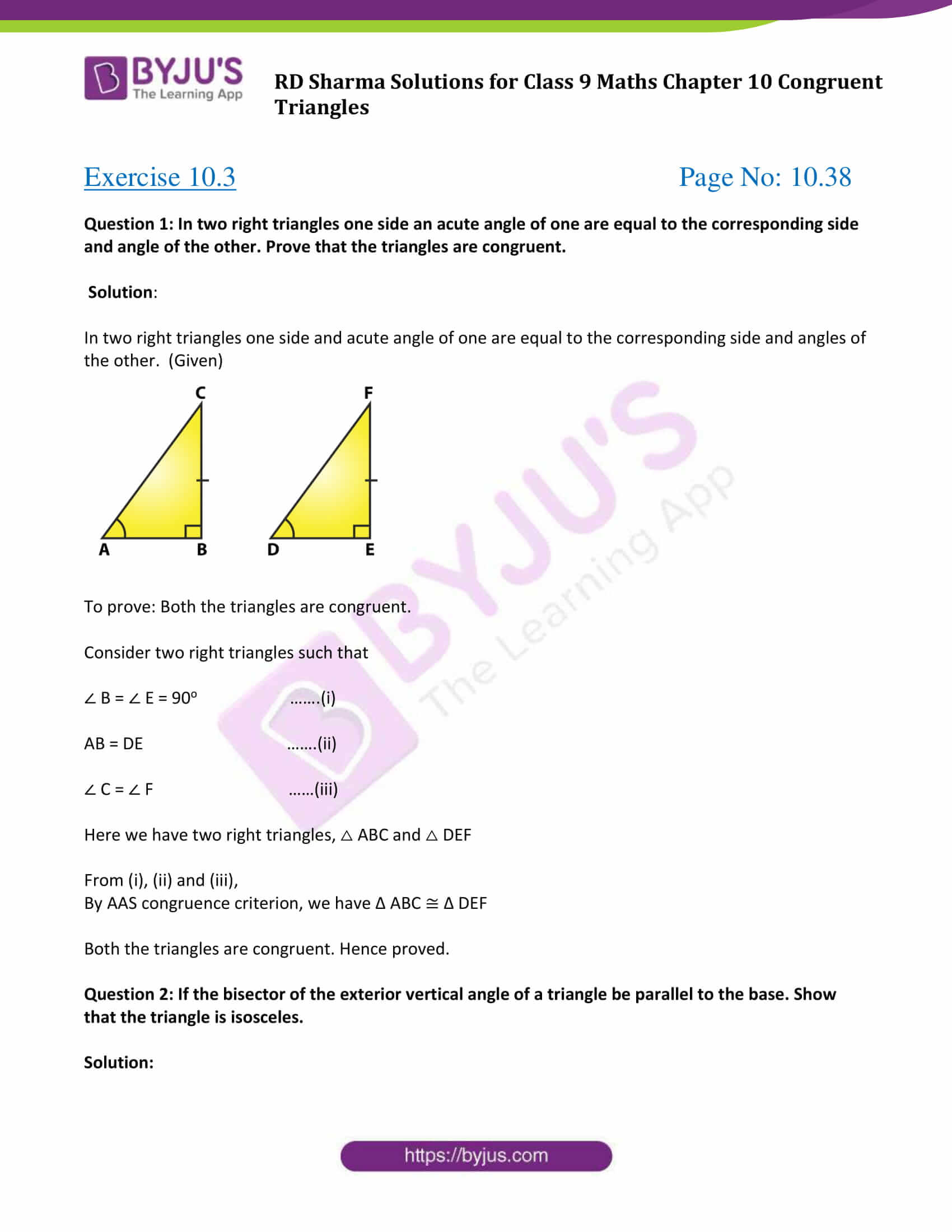 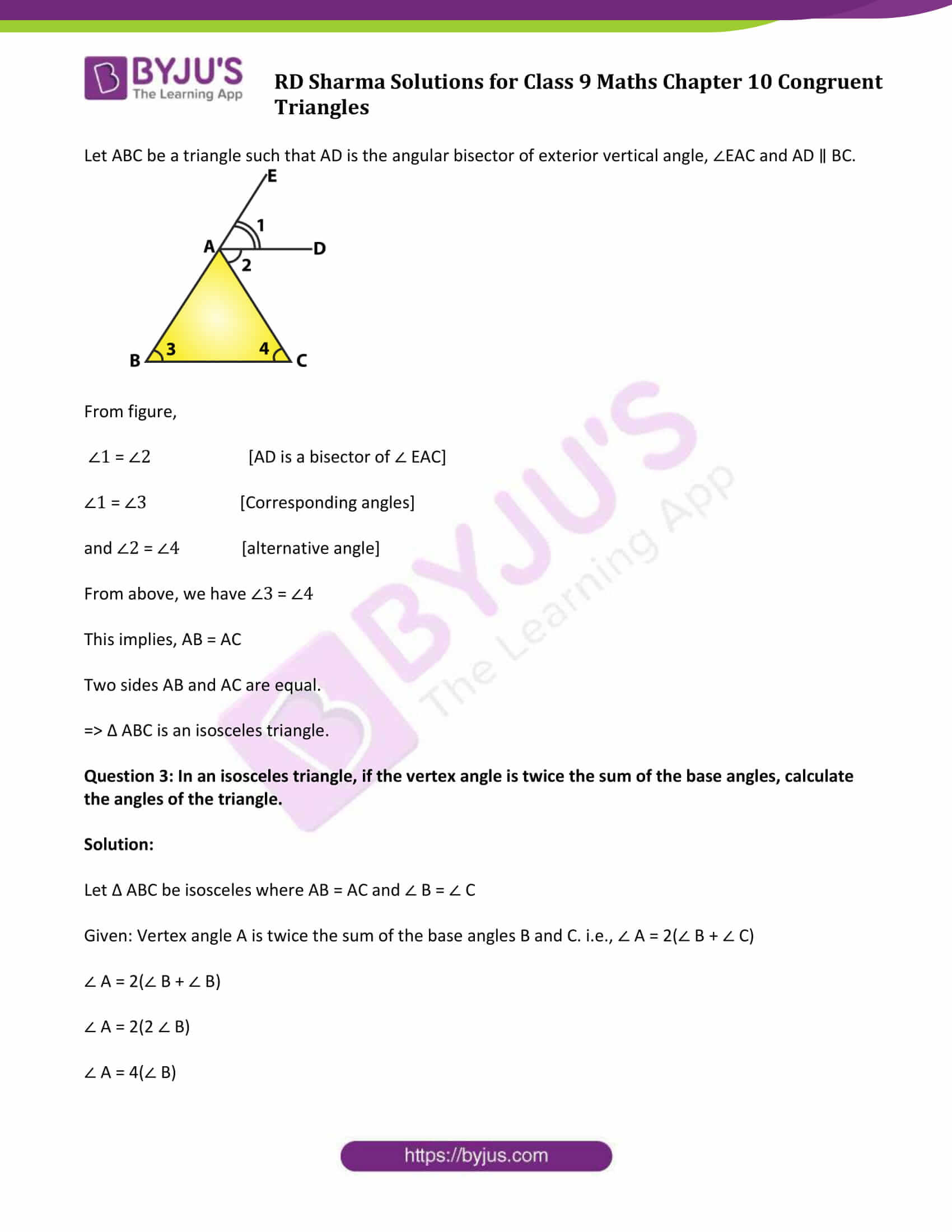 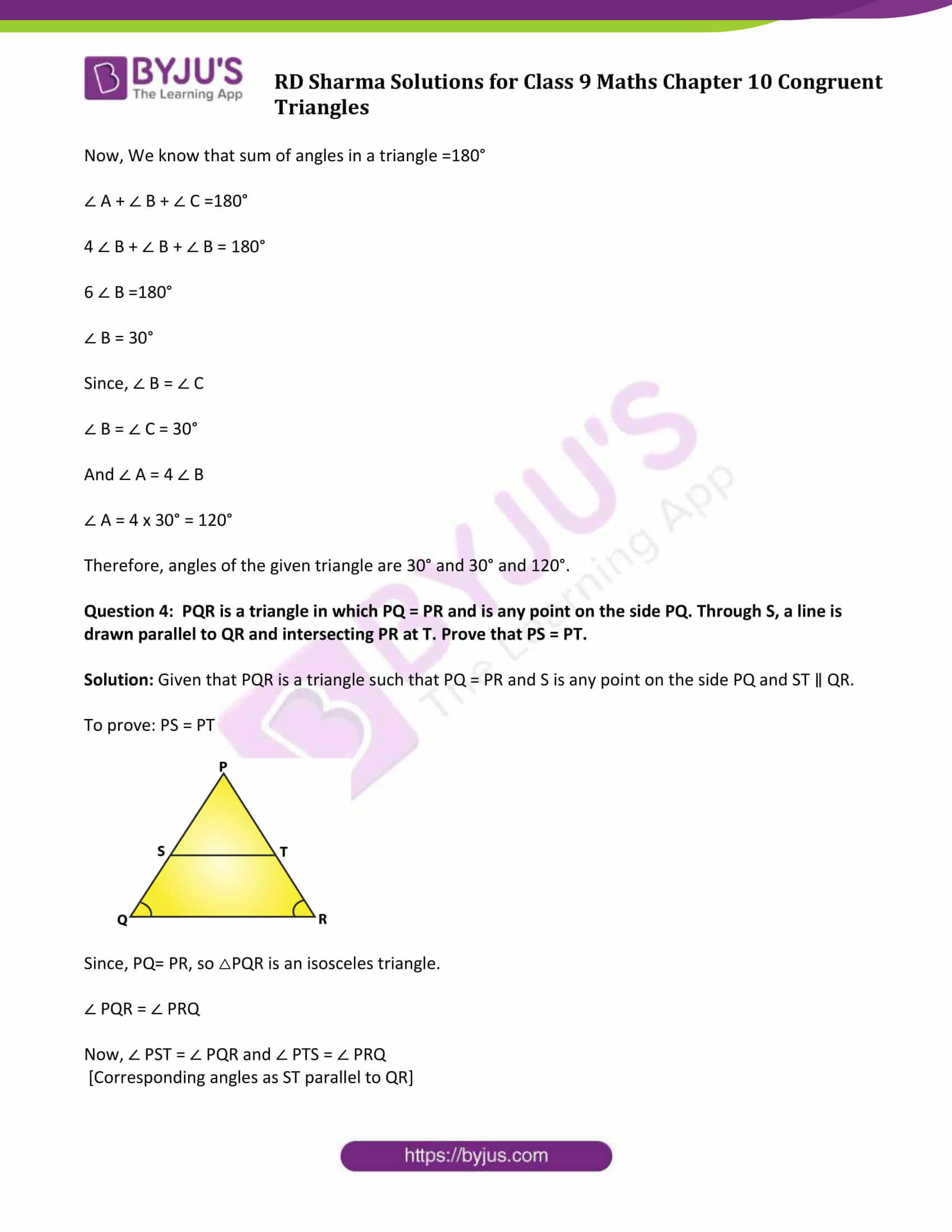 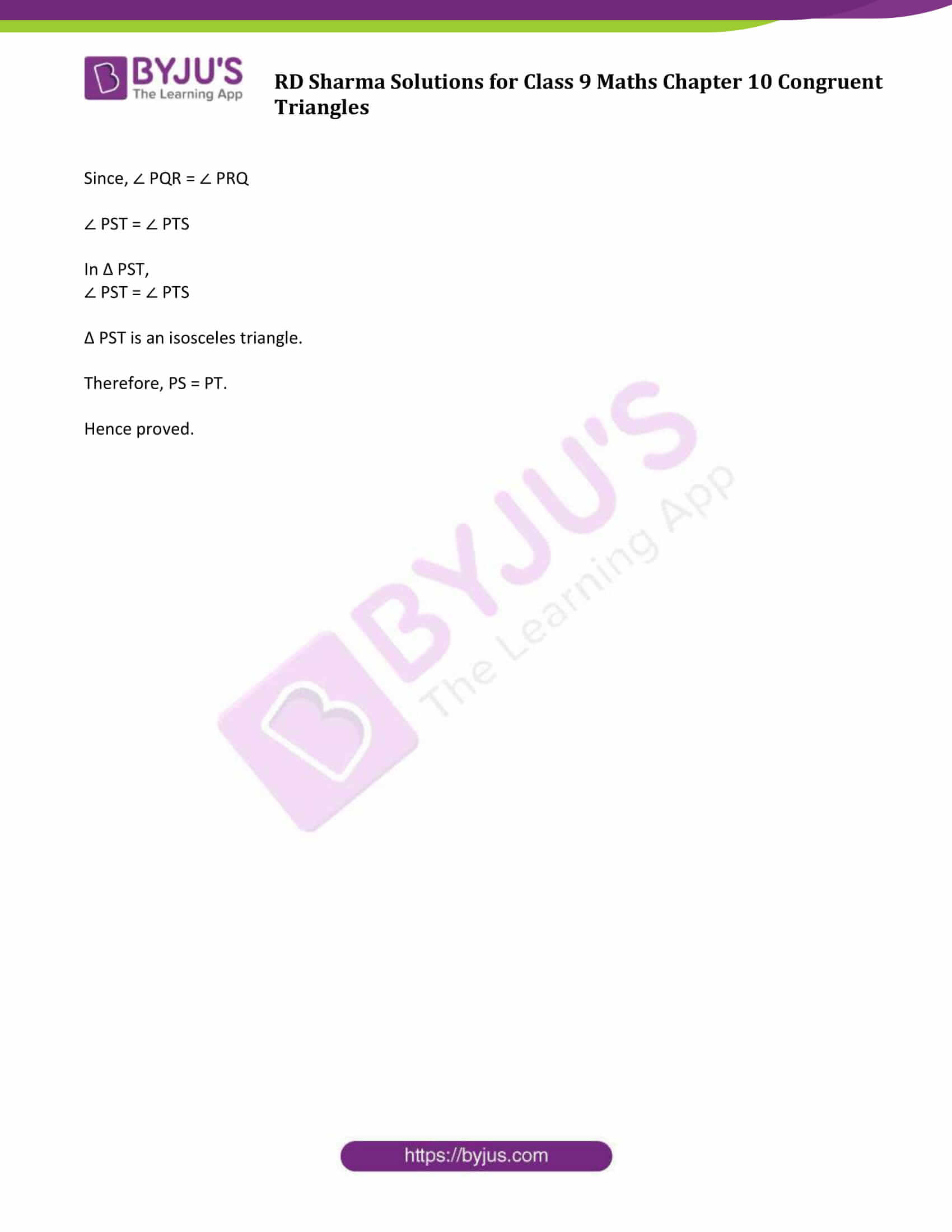 Question 1: In two right triangles one side an acute angle of one are equal to the corresponding side and angle of the other. Prove that the triangles are congruent.

In two right triangles one side and acute angle of one are equal to the corresponding side and angles of the other. (Given) 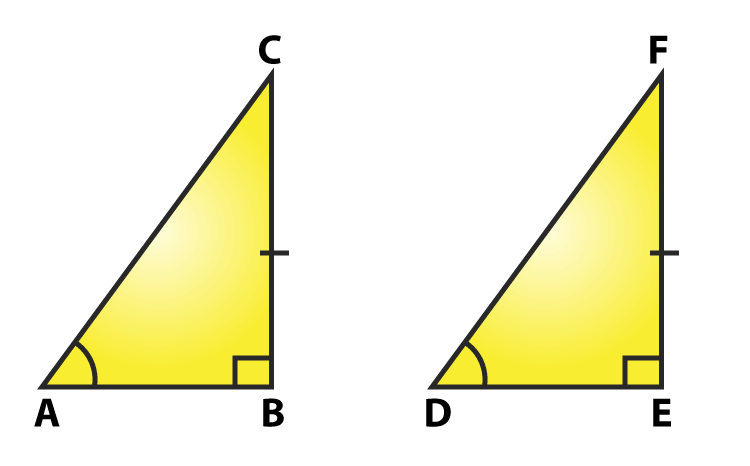 To prove: Both the triangles are congruent.

Consider two right triangles such that

Both the triangles are congruent. Hence proved.

Question 2: If the bisector of the exterior vertical angle of a triangle be parallel to the base. Show that the triangle is isosceles.

Let ABC be a triangle such that AD is the angular bisector of exterior vertical angle, ∠EAC and AD ∥ BC. 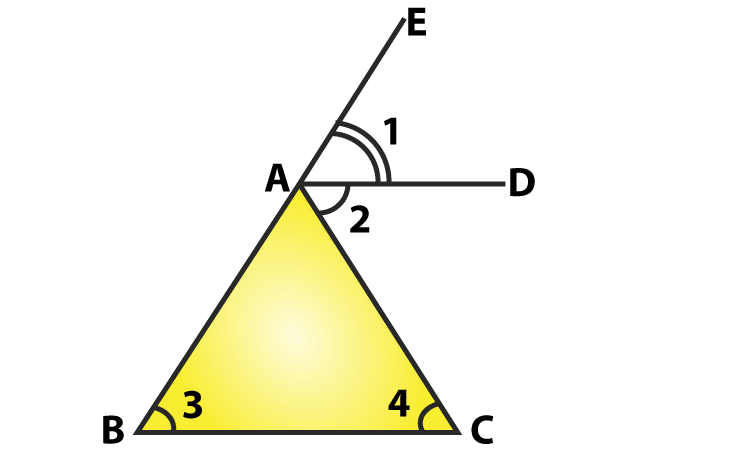 Question 3: In an isosceles triangle, if the vertex angle is twice the sum of the base angles, calculate the angles of the triangle.

Question 4: PQR is a triangle in which PQ = PR and is any point on the side PQ. Through S, a line is drawn parallel to QR and intersecting PR at T. Prove that PS = PT.

Solution: Given that PQR is a triangle such that PQ = PR and S is any point on the side PQ and ST ∥ QR. 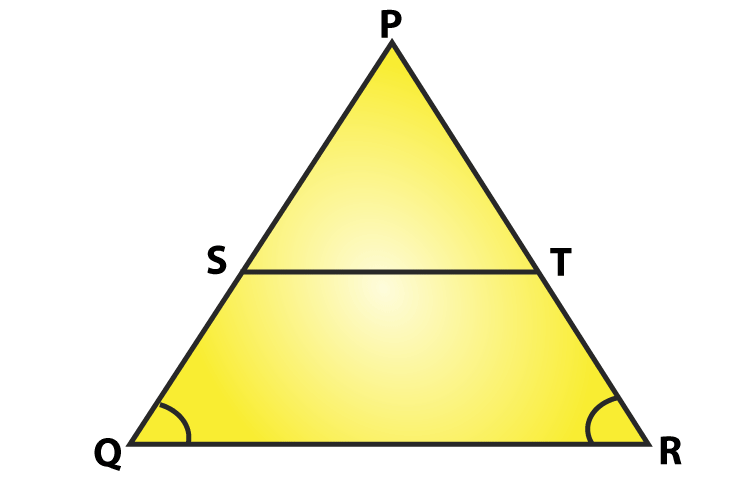 Since, PQ= PR, so △PQR is an isosceles triangle.

Δ PST is an isosceles triangle.

RD Sharma Solutions Class 9 Maths Chapter 10 Congruent Triangles Exercise 10.3 is based on the topic- Criterion of Congruence – SAS (Side-Angle-Side). According to the criteria, if two sides and an interior angle of a triangle is equal to the corresponding sides and an interior angle of the other triangle, then both triangles are said to be congruent.