RD Sharma class 9 Mathematics chapter 10 exercise 10.2 Congruent Triangles solutions are provided here. The RD Sharma solutions have been systematically prepared for class 9 students to help them tackle all chapter 10 Maths problems. The solutions consists of solved exercises along with detailed explanations which have been given by BYJU’S experts. Students can easily access solved RD Sharma solutions for class 9 from the links given below to have an overview of the chapter. 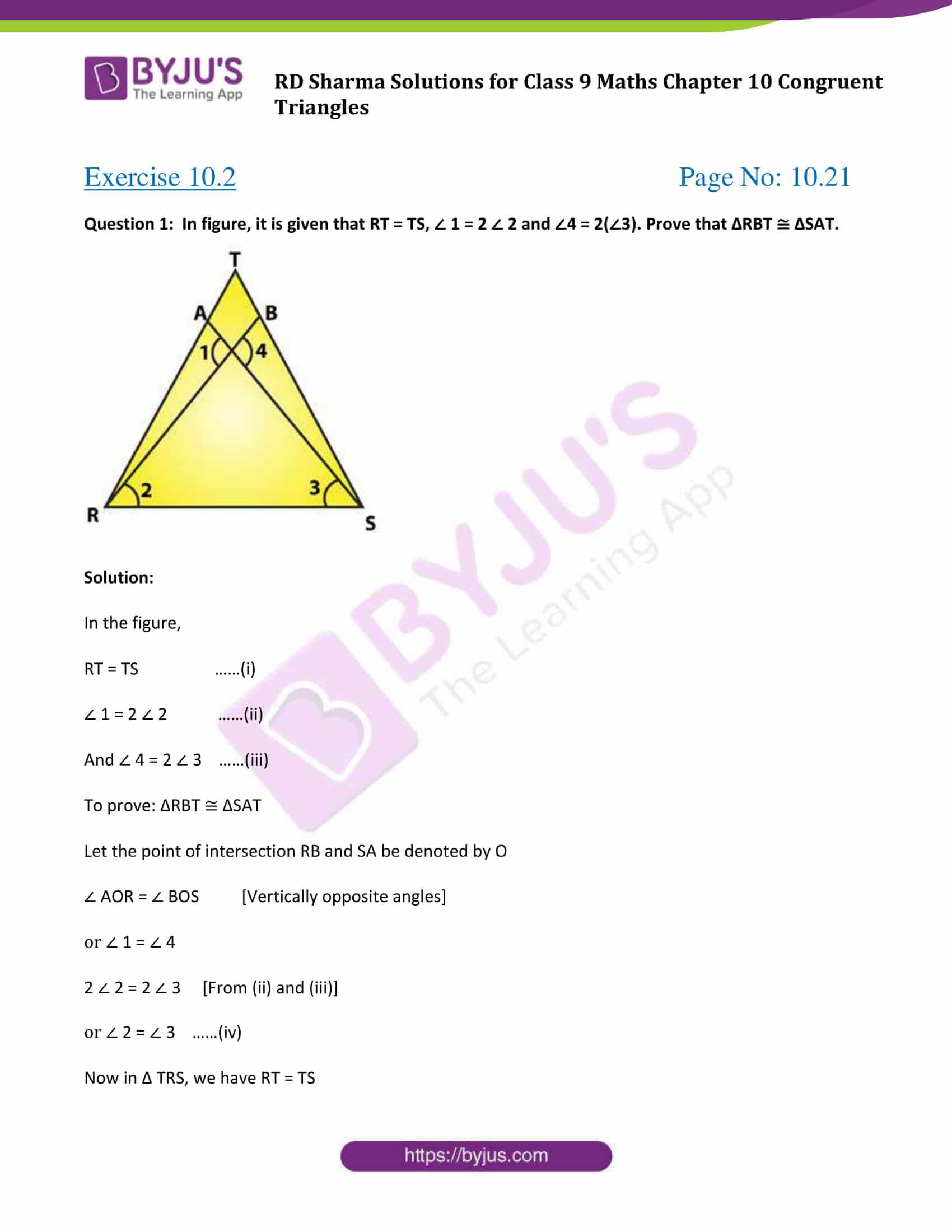 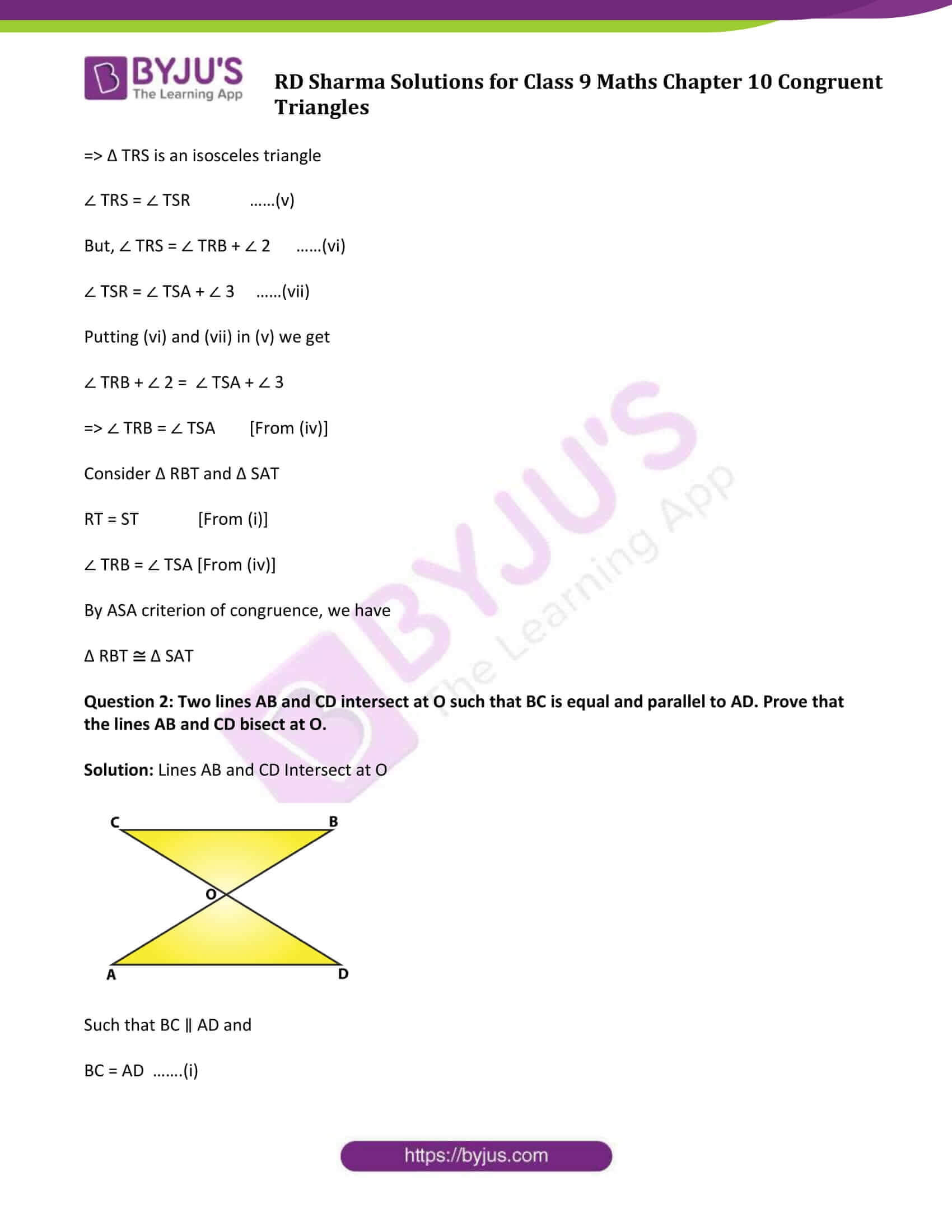 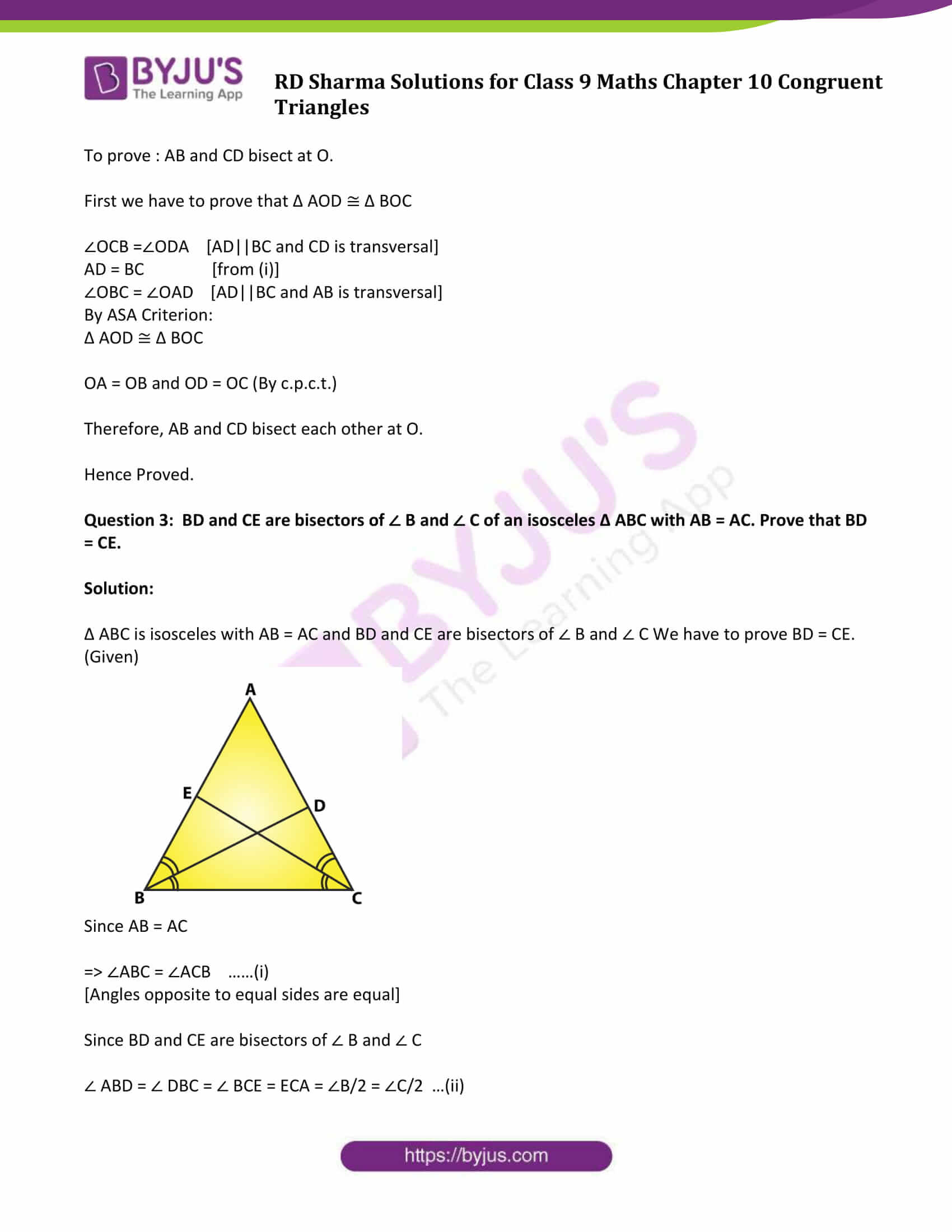 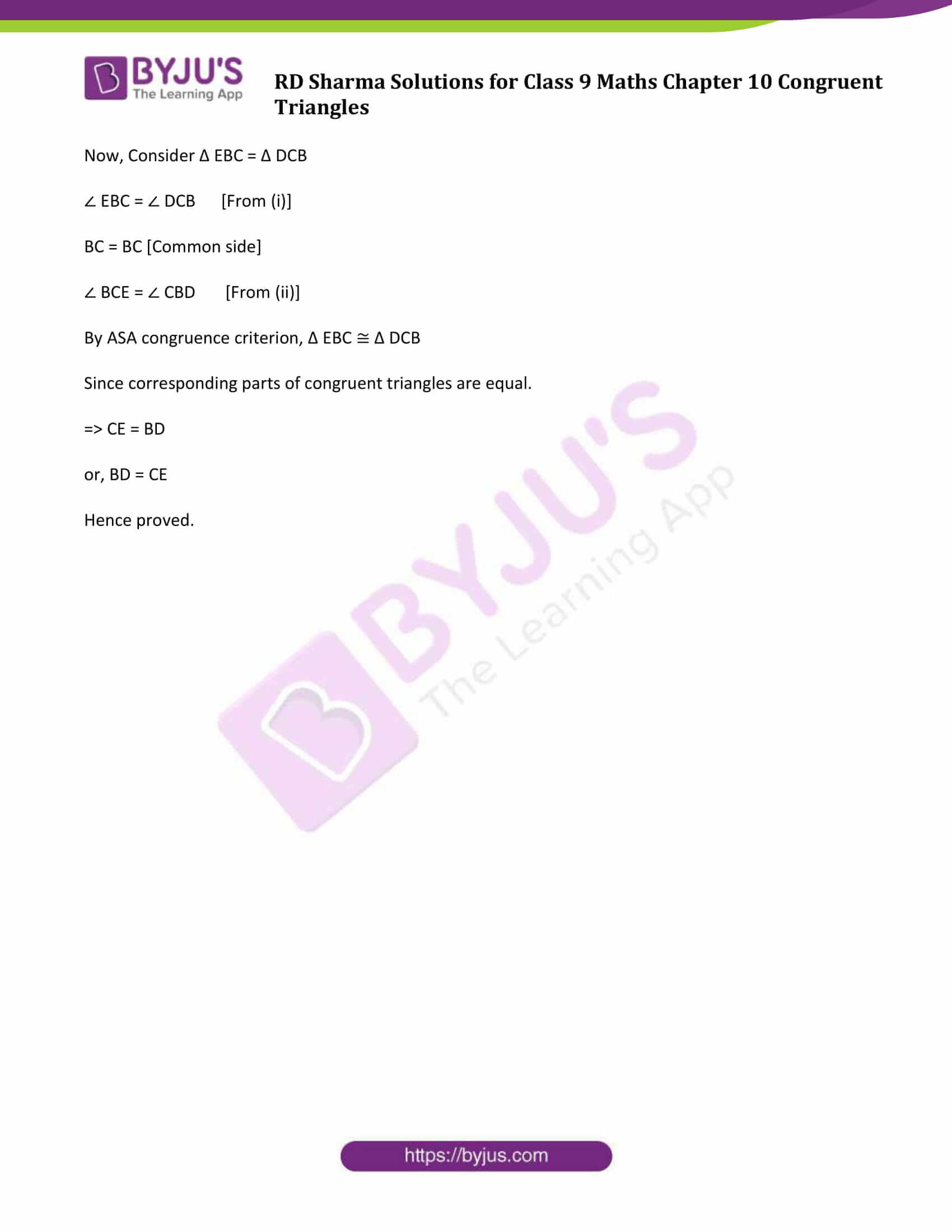 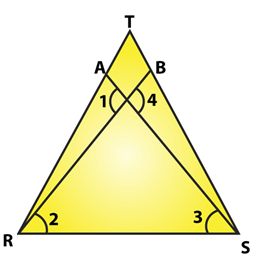 By ASA criterion of congruence, we have 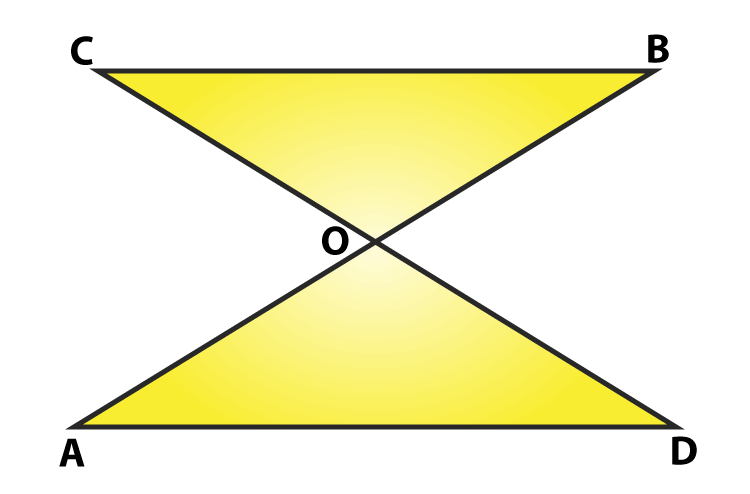 Such that BC ∥ AD and

First we have to prove that Δ AOD ≅ Δ BOC

Therefore, AB and CD bisect each other at O.

Δ ABC is isosceles with AB = AC and BD and CE are bisectors of ∠ B and ∠ C We have to prove BD = CE. (Given) 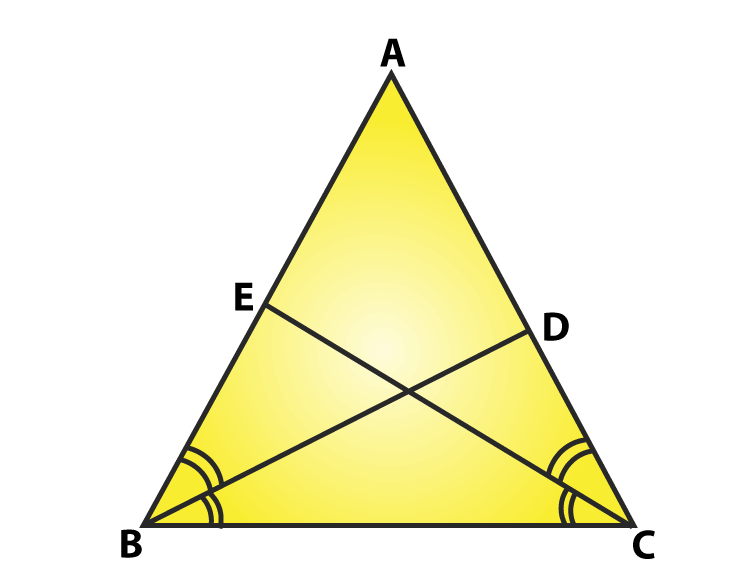 [Angles opposite to equal sides are equal]

Since BD and CE are bisectors of ∠ B and ∠ C

Since corresponding parts of congruent triangles are equal.

RD Sharma Solutions Class 9 Maths Chapter 10 Congruent Triangles Exercise 10.2 is based on the topic- Criterion of Congruence – ASA ( Angle-Side-Angle). According to the criteria, two triangles are congruent if two angles and the included side of one triangle are equal to the corresponding two angles and included side of the other triangle.