3. Over 260 people are missing, says Bangladesh

5. New IT Ministry to have say over UIDAI and NIC

1. No fresh tests for GM mustard

2. Many lives in one jail term

3. How to get the weave right

3. A barometer of performance

a) 25 years of reforms: Paradigm shift in disclosure requirements

a) Dog in the manger

a) 25 years of reforms: Why mere physical capital will not yield prosperity

a) CRPF sticks to pellet guns ‘for now’

d) ‘Thiruvalluvar statue to be installed in Mela Bhavan’

3. Over 260 people are missing, says Bangladesh

5. New IT Ministry to have say over UIDAI and NIC

1. No fresh tests for GM mustard

2. Many lives in one jail term

3. How to get the weave right 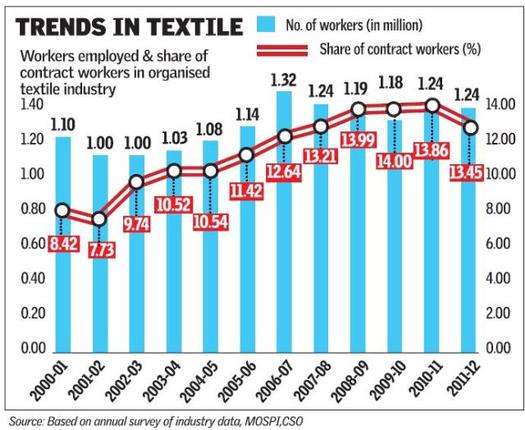 The Indian Express
1. The pliant steward

3. A barometer of performance

To Read:Why the govt’s new income declaration schemes are different from the amnesties of earlier times

The Union Cabinet has given its approval for introducing amendments to the Benami Transactions (Prohibition) (Amendment) Bill, 2015 in Parliament.

It empowers the Government to confiscate benami property by following due procedure. It therefore promotes equity across all citizens. However, those who declare their benami properties under income declaration scheme will get immunity under the Benami Act.

The Union Cabinet chaired by the Prime Minister Shri Narendra Modi has given its ex-post-facto approval for a Memorandum of Understanding (MoU) signed between India and the State Secretariat for Education, Research and Innovation of the Swiss Confederation for cooperation in skill development. The MoU was signed on 22.6.2016 during the visit of a delegation led by the Minister of State (Independent Charge) for Skill Development and Entrepreneurship to Switzerland from 20th – 22nd June, 2016.

The MoU broadly focuses on capacity building and exchange of best practices in the area of skill development. The MoU envisions the establishment of Joint Working Group (JWG) to create, monitor and review the implementation framework for the MoU. The MoU will establish a framework for bilateral cooperation between the two countries in the area of skill development and will formalise and deepen this partnership.

The Union Cabinet has approved signing of the Air Services Agreement between India and Mozambique.

This agreement allows designated airlines of either countries to establish offices in the territory of other country for the promotion and sale of air services.

The Union Cabinet has been apprised of a Memorandum of Understanding (MoU) signed between India and Tunisia on 2nd June 2016 for strengthening bilateral cooperation in the field of Information and Communications Technology (ICT) and Digital Economy.

The MoU intends to foster active cooperation and exchange between private entities, Governments, institutions involved in enhancing capacity building and other public and private organisations of the two countries in the field of ICT and Digital Economy.

The Union Cabinet has approved The Transgender Persons (Protection of Rights) Bill 2016.

Through this Bill the Government has evolved a mechanism for their social, economic and educational empowerment. The Bill will benefit a large number of transgender persons, mitigate the stigma, discrimination and abuse against this marginalized section and bring them into the mainstream of society. It will lead to greater inclusiveness and will make the transgender persons productive members of the society.

Russia, Kazakhstan and Canada are the countries supplying  uranium as on date for creating uranium reserve.

The sites at ChhayaMithiVirdi in Gujarat and Kovvada in Andhra Pradesh were accorded ‘In Principle’ approval and designated for setting up nuclear power plants in technical cooperation with United States of America (USA). In this regard, discussions were in progress with two US companies, Westinghouse Electric Company (WEC) and GE Hitachi Nuclear Energy (GEH).

In order to step up the launch capacity within the country, ISRO is in the process of exploring the possibility of involving Indian industry in a greater role to meet the increased national requirements and possible commercial demand for launch services. Discussions are being held with the Indian industry towards formulating a plan & strategy to enhance the capacity and capability of managing the Polar Satellite Launch Vehicle (PSLV) programme on an end to end basis.

The Election Commission of India (ECI)gives utmost importance to enrolment of all eligible citizens and to assist electors to reach and cast their votes in a hassle- free way by establishing Polling stations (PSs) at a conveniently located building. “No voter to be left behind”is the motto of ECI for year 2016. National Electoral Roll Purification” (NERP) programme has been launched this week across the country with intensive verification by the Commissions’ field functionaries and stakeholders interaction,to enhance the purity and fidelity of Electoral Rolls (ERs) and to standardization of PS for electors convenienceand facilitate electors’reach his PS with ease.

The Government of India has deployed the Coastal Research Vessel [CRV] SagarPurvi to study about ocean parameters along the coastal waters of India.

An Expert Committee has been constituted by Union Public Service Commission (UPSC) under the chairmanship of Shri B. S. Baswan to comprehensively examine the various issues, raised from time to time regarding the Civil Service Examination, with respect to the eligibility, syllabus, scheme and pattern of the Examination vide notice dated 12.8.2015. The committee has been given extension of time till August 2016 to submit its report.

Imparting training to the officers is a continuous process. The course content of the training is modified regularly as per the requirement.

The Financial Express:
a) 25 years of reforms: Paradigm shift in disclosure requirements

Corporate debt and leverage are sticky issues and will take time to resolve. Public sector banks are rationing credit due to mounting losses and capital constraints. A study done by India Ratings & Research shows that nearly half of the top-500 corporate borrowers hold 42% of the total outstanding debt of R28 lakh crore. Of this, R5 lakh crore is stressed and R6.7 lakh crore falls in the elevated risk of refinancing (ERR), raising concerns of financial stress for India Inc. It shows that already R4.6 lakh crore of the R6.7 lakh crore in the ERR category may have become delinquent. Incremental stress is likely to emanate from the remaining R2.1 lakh crore and refinancing could be a challenge for ERR entities whose interest cover ratio is below one

The Business Line:
a) Dog in the manger

The Economic Times:
a) 25 years of reforms: Why mere physical capital will not yield prosperity

The Central Reserve Police Force (CRPF), which has seen an unusually high number of injuries in its ranks as it battled crowds staging agitation over the past several days, says for now there is no concrete alternative to the ‘pellet’ guns, known as ‘pump-action guns’ in defence parlance.In fact, it had said last year that as “pellet guns, a non-lethal weapon, are causing injuries”, they were looking for an alternative that “would be less harmful and also help our men to disperse the protesters.” However, a year later this is yet to happen.

Announcing a significant continuation of national policy on the Nuclear Non-Proliferation Treaty (NPT), the government on Wednesday told the Lok Sabha that it will never sign into the treaty which was regarded by previous governments as “discriminatory.”

A day after the Australian Foreign Ministry cited proliferation concerns while rejecting an Indian engineer’s visa application to study in Australia, the country said that the “specific” case should not be used to examine its support to India’s outreach for hi-tech.The Department of Immigration and Border Protection had rejected the application of a student of IIT-Kharagpur saying that his planned research in high tech (“fluid dynamics”) was against the foreign policy objectives of Australia.

d) ‘Thiruvalluvar statue to be installed in Mela Bhavan’

After protests from organisations of priests and saints who had raised objections to placing Tamil savant Thiruvalluvar’s statue on either the banks of the Ganga in Har Ki Pauri or near the statue of AdiSankara in Haridwar’sShankaracharya Chowk, Uttarakhand Chief Minister Harish Rawat has now given instructions for the statue to be placed on the premises of Haridwar’s Mela Bhavan.