4. China sees Kashmir dispute as an obstacle to Silk Road

Bargaining chip – The ratification of Paris pact was also seen as a possible bargaining chip in exchange for India’s membership to the Nuclear Supplier Group. At NSG’s Seoul session in 2016, the Union ministry of external affairs had said that an early positive decision by the NSG would have allowed us to move forward on the Paris Agreement.

The meeting that the Prime Minister will chair would have representatives from the Water Resources and External Affairs Ministries.

The Indus Water Treaty (IWT) was sealed between India and Pakistan in 1960.

Brokered by the World Bank, the IWT was signed between the then Prime Minister Jawaharlal Nehru and his Pakistani counterpart General Ayub Khan. 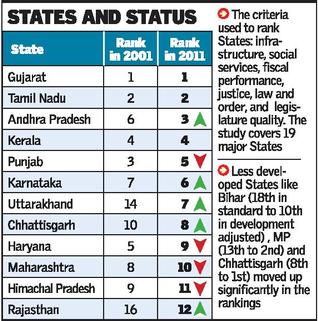 4. China sees Kashmir dispute as an obstacle to Silk Road

The Uri incident and Islamabad’s re-energised drive to internationalise Kashmir has fuelled considerable anxiety in Beijing. China has on two occasions since the Uri incident, called upon India and Pakistan to exercise restraint and resume their stalled dialogue.

A large part of the CPEC passes through Balochistan. India has raised Pakistan’s alleged human rights violations in the Province at the international level, a policy shift that was underscored by New Delhi’s assertions on the Baloch issue recently at the UN Human Rights Council in Geneva. These assertions have not gone unnoticed in China.

The radio telescope measures 500-meters in diameter and is nestled in a natural basin within a stunning landscape of lush green karst formations in southern Guizhou Province.

Note – It took five years and $180 million to complete and surpasses that of the 300-meter Arecibo Observatory in Puerto Rico, a dish used in research on stars that led to a Nobel Prize.

The tourism summit – 2016 was organised by the Ministry of Tourism in partnership with industry body CII and the Tourism Finance Corporation of India. It fulfilled the desired objectives and highlighted tourism investment potential in the country

The debut achievement of making the spacecraft go round the planet was the most challenging manouevre of the mission. It eluded old planetary warhorses Russia, the U.S. and Europe, who started out into space 50 years back with superior rockets.

It has sent colourful images of the Martian terrain, valleys and hills from different distances.

It survived eclipses of Sun and loss of contact with Earth for several days last year. It underwent a whiteout in May on the sunny side. It even ducked and clicked when Comet Siding Spring visited Mars early on. The rare comet’s dust was feared to damage the sensitive instruments on the spacecraft.

The story of how the basin relates to Pluto’s putative ocean starts with its position on the planet relative to Pluto’s largest moon, Charon. As Charon’s gravity pulls on Pluto, it would pull proportionally more on areas of higher mass, which would tilt the planet until Sputnik Planum became aligned with the tidal axis.

The film, Stephen Hawking’s Favourite Places, takes viewers to five significant locations across the cosmos, on his spacecraft – the SS Hawking. In the film, Hawking performs a hypothetical flyby of Gliese 832c, a potentially habitable exoplanet located 16 light years away.

Chennai based National Institute of Ocean Technology (NIOT) had recently deployed the ROV for studying the coral reefs of the Andaman and Nicobar Islands, which are facing survival threats due to global warming.

The coral reef biodiversity at Andaman region, which spreads across an area of 11,000 sq km, was seriously affected during the 2004 tsunami. The increasing sea surface temperature added to the stress. Currently, there is no mechanism other than scuba diving to examine the corals and assess the extent of damage or rejuvenation.

A new miniaturised version of ROV, which could be effectively used for exploration and inspection up to 500-metre water depths, caters to the need of the research community and industry. It was also deployed for scientific research in Antarctica as a part of the 34th Indian Scientific Expedition to Antarctica during Jan-Apr 2015. It was deployed in the Lake Priyadarshini near the Indian permanent station Maitri and in the New Indian barrier ice shelf regions.

The IUCN report was released at the world’s biggest conference on the international wildlife trade, Johannesburg. Thousands of conservationists and government officials are seeking to thrash out international trade regulations aimed at protecting different species.

Current educational attainments remain far from adequate for the enhancement of personal well-being and social progress, according to a report of the Organisation for Economic Co-operation and Development. Immigrant populations are especially disadvantaged, an area that deserves particular attention given the recent scramble for shelter and succour among millions of refugees. The findings in the OECD’s Education at a Glance 2016 report make for sober reading all round, viewed against data on the many rewards individuals and societies are able to reap when endowed with higher qualifications. For instance, people with a master’s degree stand a close to 90 per cent wage advantage in the 35 countries of the OECD. Correspondingly, their governments receive over a lifetime about €100,000 in taxes and social contributions more than they invest on a graduate. There has been a 4 percentage point increase in the rate of enrolment in tertiary education in the decade ended 2014. These are encouraging facts; the logical case therefore should be for greater public investment in this sector. But across the spectrum the trend is clearly in the opposite direction. While the report shows an 8 per cent rise in real-term spending per child in the five years up to 2013, it also notes a 14 per cent increase in private expenditure in the region in the same period. Private spending by students and households is estimated at some 30 per cent in the tertiary education sector alone. This has to be viewed against the backdrop of the relentless regime of economic austerity in the years following the financial crisis, with serious implications for equity and the knowledge economies of the future.

A broader issue mentioned in the report, which covers besides OECD members, partner-countries including India, is the likelihood that states may not be able to realise the 2030 Sustainable Development Goal pertaining to the provision of quality education. This concern is echoed in the Unesco 2016 report. The need to achieve the targets relating to SDG 4, to ensure inclusive and equitable quality education, cannot be overstated, given that it is the pivot on which the realisation of several other fundamentally important developmental objectives remains. Indeed, almost the entire success of the 2030 agenda rests squarely on the education target. The objectives of reduction of poverty, alleviation of hunger, expansion of employment, empowerment of women and gender equality are all influenced by the qualifications and skills that men and women possess. And of course at another level, without an educated and empowered populace, the dream of an enlightened, more tolerant and peaceful world would forever remain elusive.

d) All 3 are correct

a) The Biggest search for Extra-terrestrial life in space

b) A program to promote conservation of energy