4. Global reinsurers may start operations in 2017 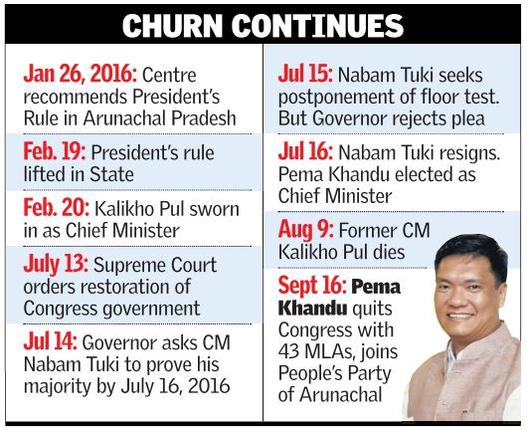 Copyright – It is a legal right created by the law of a country that grants the creator of original work exclusive rights for its use and distribution. Copyright is a form of intellectual property, applicable to certain forms of creative work like literary work, books, composition of music, drama… It is mentioned in WTO’s TRIPS (Trade related Intellectual Property rights system).

Copyright infringement is the use of works protected by copyright law without permission, infringing certain exclusive rights granted to the copyright holder, such as the right to reproduce, distribute, display or perform the protected work, or to make derivative works.

Topic:  Effect of policies and politics of developed and developing countries

India and china recognized the areas for mutual cooperation – abatement and control of air and water pollution, efficient management of liquid and solid waste, climate change and conservation of biodiversity. Issues related to air, industrial pollution, agriculture, bio-diversity and the effect of climate change on it were primarily discussed.

Note – Choices made by BRICS countries have global significance as the member countries account for 41.6 per cent of global population, 29.31 per cent of total world area and about 22 per cent of world’s total Gross Domestic Product.

In the GII 2016, India retained the top rank in Information and Communication Technology Service Export. India is the top-ranked economy in Central and Southern Asia, and shows particular strengths in tertiary education and research & development (R&D), including global R&D intensive firms, the quality of its universities and scientific publications. India ranks second on innovation quality amongst middle-income economies. As per the report, “India is a good example of how policy is improving the innovation environment”. India moved up across all indicators within the Knowledge Absorption sub-pillar. It has also recorded a good performance in the GII model’s newly incorporated research talent in business enterprise, where it ranks 31st.

Major findings of the report

The Supreme Court’s order directing the Centre to ask States to end the oppressive practice of sterilising women in large camps is a timely reminder that the country must urgently adopt a rights-based health policy. Many course correction measures have been ordered by the court in the Devika Biswas public interest case, and if they are implemented vigorously, they can greatly improve women’s welfare. Civil society can effectively monitor sterilisation activity, if, as the court has directed, the list of approved doctors at the State and regional levels and members of quality assurance committees, and details of compensation claims are publicised on the Internet. At the same time, compensation for losses, including deaths, should be raised substantially. The larger question is that of the fairness of promoting permanent contraception, often for young women, who are unable to exercise their reproductive rights due to social and economic factors. Last year, the Population Division of the UN took note of the extraordinary levels of sterilisations resorted to in India – 65 per cent of all contraceptive methods and pointed to a potential mismatch between what is being offered and what women would like, which is to delay or space out births. Unthinking resort to tubectomies for population control also ignores the evidence from some developed States in India that women’s empowerment through education and employment brings down fertility, without sacrificing choice.

Ensuring the safety of women who undergo a tubectomy is of immediate concern, and the Centre should give rule-based authority to the Supreme Court’s directions. A significant number of women have died due to the procedure during the past three years. Every death due to family planning surgery is one too many, and the State concerned must be called to account. In the case of Madhya Pradesh, Maharashtra, Rajasthan and Kerala, which did not take the question of mismanagement in sterilisation camps raised in the petition seriously, the court has acted decisively and called for monitoring and issue of appropriate orders by the respective High Courts. Such action is wholly welcome, because it reinforces the idea of the right to health being inseparable from the right to life. This is the message that the Centre must take from the judgment, as it works on a national policy for health. Empowerment of women through full opportunity in education and employment, and access to all contraception options, should be central to national policies. Offering financial incentives and subjecting women to permanent contraceptives is unacceptable.

a) Assam and Rajasthan

b) Arunachal Pradesh and Rajasthan

ii) All 5 Nations do not have equal share, voting rights.

iv) Its Head quarters is at SHANGAI,CHINA

d) All are right.