Sister Nivedita, a disciple of Swami Vivekananda passed away in Darjeeling aged 43. She is known for her charitable work and furthering advancement of education of Indian women. the This article will give details about Sister Nivedita within the context of the IAS Exam. 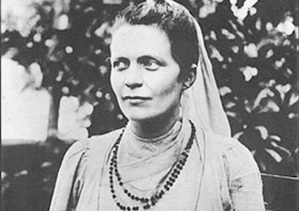 The whole history of the world shows that the Indian intellect is second to none. This must be proved by the performance of a task beyond the power of others, the seizing of the first place in the intellectual advance of the world. Is there any inherent weakness that would make it impossible for us to do this? Are the countrymen of Bhaskaracharya and Shankaracharya inferior to the countrymen of Newton and Darwin? We trust not. It is for us, by the power of our thought, to break down the iron walls of opposition that confront us, and to seize and enjoy the intellectual sovereignty of the world.