Angutara Nikaya, a Buddhist scripture mentions 16 great kingdoms or Mahajanapadas at the beginning of the 6th century BCE in India. They emerged during the Vedic Age. The history of the emergence of Mahajanapadas can be linked to the development of eastern Uttar Pradesh and western Bihar during the 6th to 4th century BCE where agriculture flourished due to the availability of fertile lands and iron production increased due to availability of iron ore in large quantities. This resulted in the expansion of the territories of the Janapadas (due to the use of iron weapons) and later addressed as 16 highly developed regions or the Mahajanapadas.

This is an important topic for IAS Exam and is also relevant for other government exams.

Emergence of Mahajanapadas from Janapadas

The Janapadas were the major kingdoms of Vedic India. During that period, Aryans were the most powerful tribes and were called ‘Janas’. This gave rise to the term Janapada where Jana means ‘people’ and Pada means ‘foot’.

By the 6th century BCE, there were approximately 22 different Janapadas. Socio-economic developments chiefly due to the use of iron tools in agriculture and military, along with religious and political developments led to the rise of the Mahajanapadas from small kingdoms or Janapadas. The people gained a strong allegiance to the territory or Janapada they belonged to rather than the tribe or the jana. This period is also known as the era of second urbanisation, first being the Harappan civilisation.

During that period, the political centre shifted from the west of the Indo-Gangetic plains to the eastern side of it. This was due to better fertility of the land because of more rainfall and rivers. Also, this region was closer to iron production centres.

Which were the 16 Mahajanapadas?

List of 16 Mahajanapadas that arose before the rise of Buddhism in India: 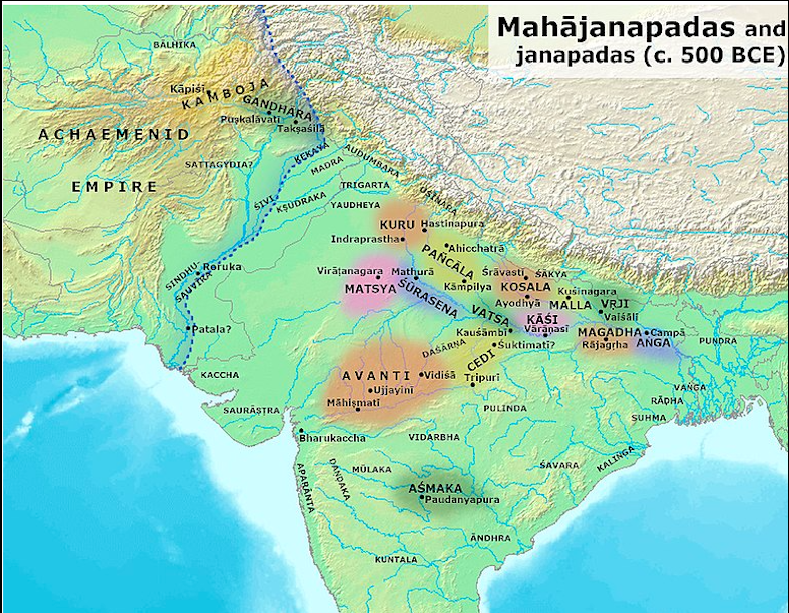 The list below provides you with the names of 16 Mahajanapadas:

In the course of time, smaller or weak kingdoms, and the republics were eliminated by the stronger rulers. Vajji and Malla were Gana-Sanghas. The Gana-Sanghas had a government by assembly and within the assembly they had oligarchy. In the 6th century only 4 powerful kingdoms remained:

Later, all of them were annexed to or became part of Magadha. Know more about the rise and growth of the Magadha Empire in the linked article.

The table gives you the details of the 16 Mahajanapadas, important from the civil service exam perspective:

Political Structure of the Mahajanapadas

There were two major changes in agriculture:

Significance of the 6th century

It is from the 6th century BC that a continuous political history of India can be stated.

Difference between Gana-Sanghas and Kingdoms

UPSC Exam aspirants must review the video given below and learn in detail from the experts about the Mahajanpadas: 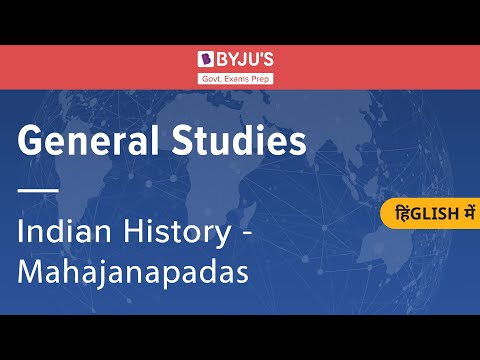 Aspirants must also analyse the UPSC CSE Syllabus and exam pattern and based on the same prepare a strategic preparation strategy to excel in the IAS exam.

Also, refer to the previous year UPSC Topper list and get inspired and  motivated from their success stories.


Frequently asked Questions about the Mahajanapadas

Which state emerged as the strongest among all the 16 Mahajanapadas?

Magadha emerged as the strongest and most powerful mahajanapada. It was a monarchical mahajanapada. The first important and powerful ruler of Magadha was Bimbisara, who ruled in the second half of 6th century BCE.

What is the origin of the Mahajanapadas?

The Mahajanapadas were a set of sixteen kingdoms that existed in ancient India. It all began when the tribes (janas) of the late Vedic period decided to form their own territorial communities, which eventually gave rise to new and permanent areas of settlements called ‘states’ or ‘janapadas.